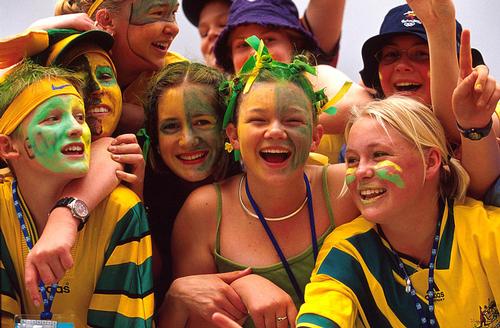 The population of Australia, with a population of 23,232.6413 in 2017, is largely of European, mainly British, descent. The Anglo-Saxon group makes up about 70% of the Australian population. The number of aborigines, the original inhabitants of Australia, is only 5% of the total number of inhabitants. Most aborigines live in Queensland, followed by New South Wales, Western Australia and Northern Territory. About 1.3% of the population consists of Asians and about 1.2% of the current population is born in the Netherlands. Between 1947 and 1961, approximately 120,000 Dutch people emigrated to Australia. Due to the housing shortage, the population density and poverty, many ventured the great crossing (often by boat). Dutch people from the former colony of Indonesia also settled in Australia. The largest Dutch colonies are found in Sydney and Melbourne.

After the Second World War, the number of inhabitants more than doubled due to immigration. Targeted immigration policies attempted to solve a number of problems: labor shortages, concerns about increasing the population for security reasons, and the need for economic growth and development. The goal of admitting 1% of the population to immigrants every year has never even been achieved. For a long time, only immigrants of European descent were allowed to settle permanently in Australia (white Australia policy). This policy has been somewhat more moderate since the 1960s. Due to the worse socio-economic situation since the early 1970s, immigration policy has become much stricter again. In the 1980s, immigration from Asian countries boomed and far exceeded that from European countries. About 100,000 people emigrate to Australia every year, including for family reunification. Most immigrants come from the UK, Hong Kong and New Zealand.

With a population density of 23.2 inhabitants per km2, Australia is one of the least populated countries in the world. It should be noted here that approximately 89% of the population lives in the ten largest cities and that the population is therefore very unevenly distributed across the country. In particular, the eastern and southeastern coastal areas, where nine out of ten major cities are located, are very densely populated. The other major urban conurbation is Perth, which lies to the west. The country's two largest cities, Sydney and Melbourne, house approximately 40% of the total population.

The largest cities are: 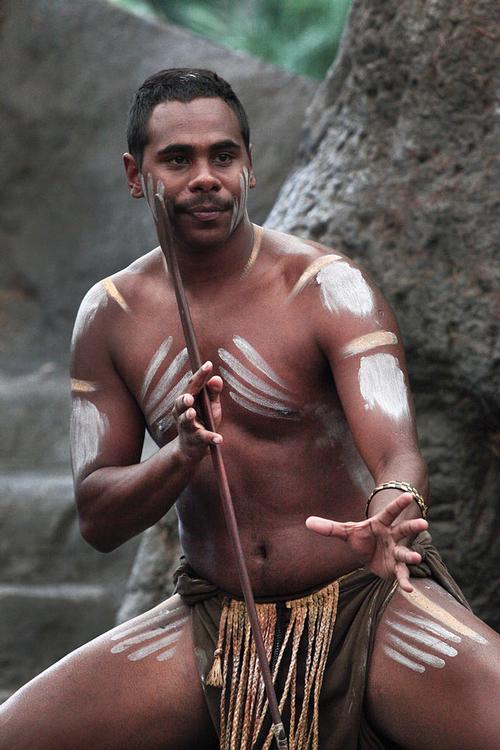 The Aborigines are the native inhabitants of the Australian continent and are one of the oldest peoples on Earth. They came to Australia from Southeast Asia about 40,000 years ago via a land bridge created by sea levels dropping during the Ice Age. They spread across the continent and formed between 500 and 600 tribes, all with different languages, religions and cultures. The Pintubi tribe in a desert area on the border of the Northern Territory and Western Australia was only discovered in the 1970s. The Aborigines use different names for themselves: in Central Australia, for example, "anungu" or "yapa" and in Sydney and its surroundings, the word "koori" is preferred.

The Aborigines were hunters and gatherers; the men went hunting and the women and children gathered fruits, roots, berries and grains. A tribe was made up of several clans, and a clan was made up of several families. Each tribe had a council of elders who supervised adherence to religious and social rules of conduct, and jurisdictional disputes. The only surviving works of art are cave and rock paintings.

Despite all the differences, the aborigines have one thing in common: the "dreamtime". Aborigines prefer to use their own aboriginal name, for example "tjukurpa" in Central Australia. This is the period for existence on earth, but also the afterlife, where the unborn live and where the dead return. Man shares nature with plants and animals. Sacred places like Ayers Rock are still very important to the Aborigines. They are parts of the landscape that are considered to be incarnations of the ancestors of the dream time. The Aborigines believed that a person's soul did not die at the same time as the body and that ceremonies were needed to ensure that the soul left the body and reincarnated elsewhere in a tree, a rock, an animal, or in another human being. This was important to keep the common world on its cyclical course. This, in turn, meant that every person was at the center of a complex network of relationships, which brought order to the universe and everything that happened there.

One of the unfathomable aboriginal ceremonies is the "walkabout": at random times, men still leave their country today to go for weeks, months, or even years thre way their ancestors went, often for the sole purpose of meeting a stranger. For thousands of years, the "walkabout" was the way in which various ethnic tribes taught each other their different hymns about creation and exchanged goods that were as symbolic as they were useless. The "walkabout" therefore best illustrates the nomadic attitude and way of life of the original Australian people.

The different tribes were also in contact with each other through the "corroboree" ritual music sessions exchanging songs, dances and access to each other's ancestral routes. The boomerang was invented about ten thousand years ago and was only used by certain tribes in the central desert areas to hunt birds and small marsupials.

When the first white English settlers arrived on the east coast in 1788, the continent was believed to be inhabited by approximately 300,000 aborigines. It is not possible to speak in general terms about the aborigines; the cultures of the different peoples differ greatly in terms of culture, utensils, art, music and dance. It is therefore also difficult to get one organization to represent the interests of all aborigines. Almost no one lives entirely according to the old customs and the many aborigines have adapted to Western standards. Only aboriginal villages still speak their own language.

Their numbers have declined sharply over the past 200 years due to eradication and infectious diseases brought by Europeans. Furthermore, the best pieces of land were taken by the white settlers and the Aborigines had to settle for the most inhospitable and barren parts of Australia. After the discovery of uranium and bauxite in these areas in the 1960s, they were even forced to move to even more barren habitats. The compensation the Aborigines received was just a plaster on the wound. Government policy to end the aborigines' disadvantage in many areas (including education, health care and employment) has not yet yielded much positive results.

The first aboriginal senator was elected in 1971, and in 1976 South Australia became the first state to have an aboriginal governor. In 1974, the Australian government recognized in principle the right of aborigines to settle in their own territory. The specially created Ministry for "Aboriginal Affairs" tries, among other things, to improve the education of the children of the Aboriginal people and to promote the traditional indigenous culture. Some areas even teach indigenous languages.

In 1976, the Aborigines acquired rights over part of the Northern Territory, and in 1985 this area was officially transferred to the Aborigines, as well as parts of South Australia. In 1990, the ATSIC Committee was established to enable Aborigines to have a form of self-government and better participation in political decisions that are important to them. In 1995, the Supreme Court ratified the Native Title Act passed in 1993. This law provides for a decent financial compensation for land to which Aborigines can demonstrably claim historical claims.

Despite all these positive developments, there is still a high degree of inequality between the Aborigines and the other population groups. Unemployment among aborigines remains much higher and half of the prisoners in prisons are of aboriginal origin. Health is also generally worse and life expectancy is lower. A major problem is alcohol, which has left many aborigines in a hopeless situation.