As a modern Western country, Australia has a free-market economy with minimal government interference. Australia is a very prosperous country with a GDP per capita of $ 49,900 per year (2017). Characteristic for the development of the Australian economy is the rapid and profound change from a predominantly agricultural country to a modern industrial state. Mining has developed particularly well due to the discovery of a number of minerals (including bauxite, uranium, iron ore). Mining products now account for 40% of the total export value.

It should come as no surprise that the agricultural share in exports fell very sharply.

Foreign investment is an important contribution to Australia's economic development. Only projects of national interest should have an equal contribution of Australian and foreign capital. 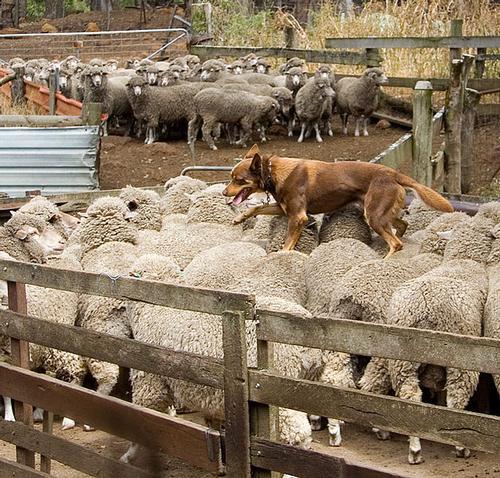 The agricultural sector, which is strongly export-oriented, remains the most important pillar of the Australian economy after mining. For example, about 95% of the wool is exported and 40% of the other agricultural products. In 1986, agricultural products accounted for 39% of the total export value. Due to climate and soil conditions, only 1% of the total area is used for growing food crops. Irrigation projects try to increase this area.

Wheat is grown in all states and is an important product for both the domestic market and exports. Barley and oats are much less important. In the tropical regions of Queensland and New South Wales, sorghum and maize are grown, and mechanized rice cultivation is becoming increasingly important.

Australia is a very important sugar exporter and Queensland is the area of choice for sugar cane. Tropical and subtropical fruits (pineapple, papayas) often come from Queensland. In Victoria, wine grapes are grown, which are largely processed into raisins. Irrigation has ensured that the area between the Murray and the Murrumbidgee in the southeast is partly suitable for the cultivation of, among other things, peaches and citrus fruits. Apples, especially in Tasmania, and pears are grown in New South Wales, Victoria, and South Australia. Bananas are grown in the west of the country and along the east coast of Queensland and New South Wales. Tobacco cultivation, traditionally in Queensland, has expanded greatly in New South Wales and Western Australia. Irrigation also played an important role here.

Sheep farming takes place mainly in the steppe areas of Eastern and Western Australia. Sheep farming in these arid regions has been made possible by the drilling of many wells. Sheep are also kept in arable areas. The greatest threat to sheep farming is the occasional extreme drought. The rabbit plague was also a serious threat but is now under control. The wool, especially that of the merino sheep, is of very good quality and the wool production of about 5 kilograms per sheep is very high. The strictly closed profession of the sheep shearers serves the stations by car and plane. Tourism also perks up and benefits; sheep shearing competitions are very popular with both locals and tourists.

Cattle breeding is less important and mainly takes place in Queensland, Northern Territory and South Australia. Northern Australia is the area for slaughtering and in areas with more rainfall, such as Victoria, dairy farming predominates, combined with a large production of butter and cheese. Lamb meat production is also important in Victoria and New South Wales.

Australia is one of Argentina's main meat exporters and the main buyers are the United States, Great Britain, Japan and Canada.

Approx. 5% of Australia's surface is forest. Tropical jungle is found along the coasts of Queensland and Northern Australia. Valuable woods such as cedar, walnut and mahogany are exploited here. Non-tropical forest areas are mainly located in the humid coastal areas in the east and southeast, in the extreme southwest and Tasmania. Inland there are large drought forest areas, and here the eucalyptus is the economically most important tree species. Due to the strong deforestation, sand drifts, soil erosion and disturbance of the water balance were negative consequences. To improve the situation, State Forestry and a number of private commercial organizations plant approximately 30,000 hectares of forest annually.

The fishing is small. More than half of the domestic need has to be imported. Oysters are grown in New South Wales and Queensland. 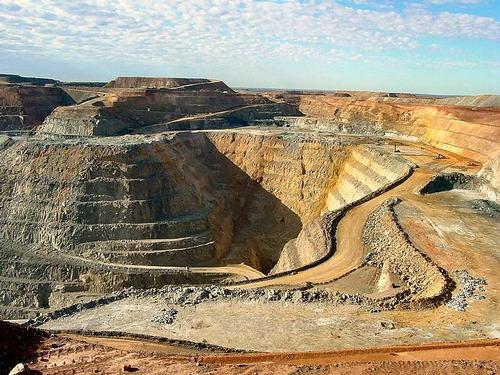 Australia is exceptionally rich in minerals, the exploitation of which is currently the main economic activity. With full exploration of the currently known strata, Australia would be virtually independent of mineral imports, with the exception of some minerals. Foreign companies and investment companies dominated the mining sector in the early years (65%).

Australia is the main producer of zircon, rutile and bauxite. Bauxite and the aluminum extracted from it is also an important export product. The largest sites are located at Weipa (Cape York Peninsula), Northern Territory and Queensland. Australia is also one of the main producers and exporters for lead and zinc. The Australian soil also contains important amounts of nickel, brown coal, coal, tin, asbestos and opal. Gold is an important export item. 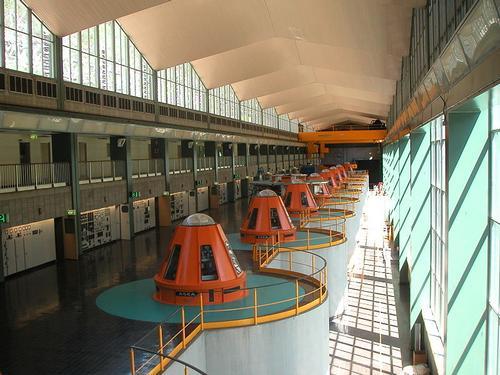 Approx. 8.4% of energy production comes from hydroelectric installations. Until 1975 Tasmania was the only state where there were sufficient options for hydropower plants, but the possibilities are also seriously investigated in the other federal states. Most important at the moment is the Snowy Mountains project in southeastern New South Wales. Completed in 1974, this project is one of the largest combined irrigation and energy projects in the world. The entire area covers more than 5200 km2, which includes seven power stations with a combined capacity of almost 4000 megawatts. 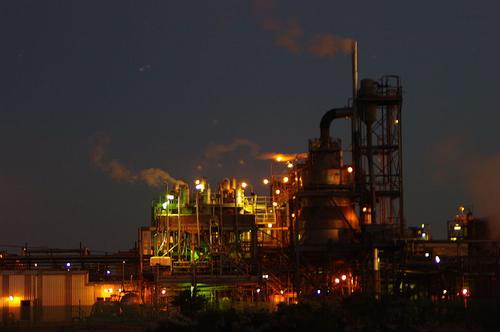 Australian industry only started to develop strongly after 1950. The major problems in industrial development include high labor costs, the constraint of the domestic market, high transport costs due to the size of the country, and the dependence on foreign knowledge. Important sectors such as the automotive, electronics, textile and shoe industries are faced with increasing sales difficulties due to their poor competitive position. Despite the support of the federal government, the shipbuilding industry and the metal processing industry cannot compete with foreign competition.

Major industrial activities also take place in the food, drink and tobacco sector (which employs almost 10% of the working population), electronics and the textile and clothing sector. Almost half of the gross industrial production comes from the metal and chemical industry and mechanical engineering. Telecommunications are becoming increasingly important. 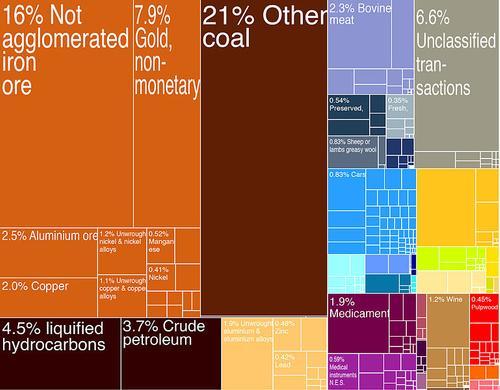 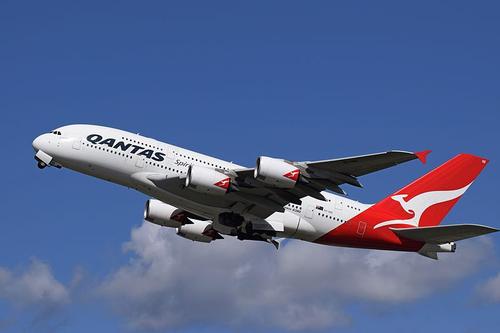 The first train connection dates from 1854 and ran between Melbourne and Port-Melbourne. The integration of Australian railways is complicated by the different track gauges in the individual states. Standardization alone cost the central government $ A 250 million as early as 1955 to 1975. The most important result was the completion of the 3,000-kilometer Brisbane-Sydney-Broken Hill-Perth-Fremantle railway line, which was completed in 1970 and which will allow passengers to transfer from the Pacific to the Indian Ocean for the first time in 65 hours without a transfer. An ongoing north-south connection is still missing. Private rail is mainly used for the transport of ore and sugar.

The road network comprises approximately 913,000 kilometers of paved and unpaved roads. Road transport in the remote areas is mainly provided by the so-called "Road trains", tractors with 2 or 3 trailers. The so-called "stock routes" are a special road type: these are roads with grass strips on both sides, along which cattle are driven to new pasturage or to slaughter centers. Australia is one of the most motorized countries in the world with more than 550 motor vehicles per 1,000 inhabitants. The main transport problem is the lack of adequate motorways between the capitals of the Länder.

Shipping (maritime shipping only) has 52 large and well-equipped ports, including Sydney, Melbourne, Fremantle, Newcastle, Port Hedland, Geelong, Port Kembla, Adelaide, Brisbane, Hobart. The ports are important not only for overseas international freight transport, but also for national freight transport between the individual states of Australia. This transport takes place to a large extent by sea. Despite the major role that shipping plays in economic life, Australia has a relatively small trading fleet.

Air traffic plays a very important role in opening up the many remote places and traffic by private plane is highly developed in Australia. All major cities have airports, many smaller ones have at least one airport and in total there are 441 airports with regular services. The flag carrier is Qantas Empire Airways Ltd. The majority of domestic air transportation is provided by Australian Airlines and the Ansett Airlines of Australia and eight other airlines.