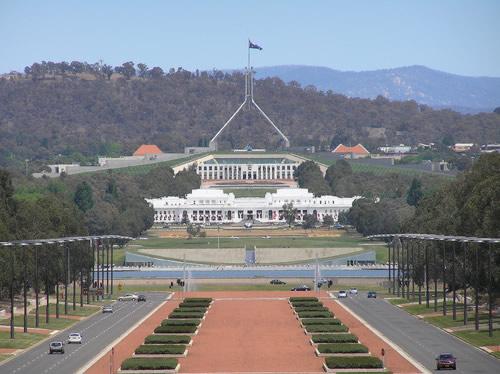 Parliament CanberraPhoto: Brenden Ashton (CC BY 2.0) no changes made

Australia is a parliamentary democracy and a member of the Commonwealth of Nations. The Head of State is officially the British monarch, represented by a Governor General and the Governors of the six states, but a constitutional amendment in 1986 abolished the British parliament's remaining control of Australian law. The national government is only concerned with matters of national importance. Each individual state has its own prime minister, parliament and constitution.

The Commonwealth of Australia is made up of the six states of Victoria, New South Wales, Western Australia, South Australia, Queensland and Tasmania. Since 1 January 1901, these federal states have been administratively structured in the same way as the federation. The internal territorial areas of the Northern Territory and Australian Capital Territory, the area around the capital Canberra, are somewhat more dependent on the federal government. The federal government is also responsible for the external territories of Norfolk Island, Cocos (Keeling) Islands, Heard and McDonalds Islands, Coral Sea Islands Territory, Ashmore and Cartier Islands Territory, Christmas Island and Australian Antarctic Territory.

According to the constitution, the governor-general is head of state and formally entrusted with the executive power. In theory, he can appoint and dismiss the Prime Minister, convene parliament or send him home and is commander of the Australian Army. However, he almost always acts on the advice of the federal ministers, as well as the governors of the federal states, and therefore only fulfills a symbolic function in practice. Great was the confusion and outrage when Governor General John Kerr sent Prime Minister Gough Whitlam and his government home in 1975.

The number of members that a state may delegate to the House of Representatives depends on the number of residents of a state and are elected for a six-year term. New South Wales is best represented by this system followed by Victoria, Queensland, Western Australia, South Australia, Tasmania, Australian Capital Territory and Northern Territory. Half of the Senate is re-elected every three years. Each state delegates twelve members to the Senate. The Australian Capital Territory and the Northern Territory may each delegate two senators for a three-year term. The House of Lords has been abolished in Queensland.

Australian legislation is designed after the English example. Before a law takes effect, it must be passed by both chambers. Federal laws always take precedence over laws issued by the federal states. Each state has a separate policy on issues such as health, education, agriculture, housing, transportation, and justice.

Opinions are divided among the Australian people about whether Australia should remain as a parliamentary monarchy within the British Commonwealth.

In 1997, a popular convention was set up to prepare a statement as to whether Australia remains a parliamentary monarchy or whether it should become a republic. If one opts for the republic, that statement will need to be ratified by the same statement by the Australians themselves through a referendum.

The administrative center is located in the capital Canberra. There are also approximately 900 local governing bodies in the cities, municipalities and counties.

The current political situation is described in the history chapter. 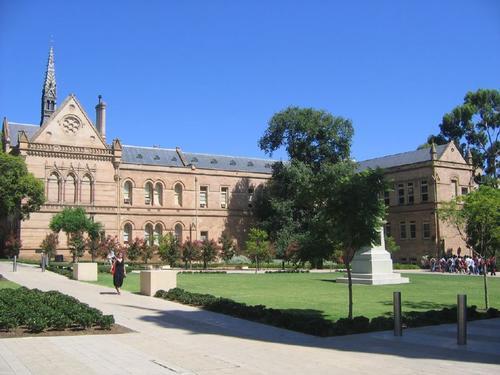 The approximately 2.3 million children can attend education for free. The education system consists of three levels: primary education from six to twelve years old, secondary education from twelve to fifteen or sixteen years old, and college and university education. There are also expensive private schools (approx. 2000), including some military schools. Currently, approximately 1 million children attend private schools. There is a compulsory education up to the age of 15, in Tasmania up to the age of 16. Although Australia has a good education system, illiteracy is rare, only 40% of the children continue their studies after secondary education: in a country like Japan it is 95%.

Children who live in the "outback" and are deprived of education are helped by the "Schools of the air". A lesson lasts about half an hour and the homework is sent by post. Every now and then the children go to a big city to be tested. The class teacher visits his students once a year. The range of lessons by radio is 2.2 million km2. Other tools that will undoubtedly be used are email, internet and video.

Australia has 38 universities and many colleges and technical colleges. 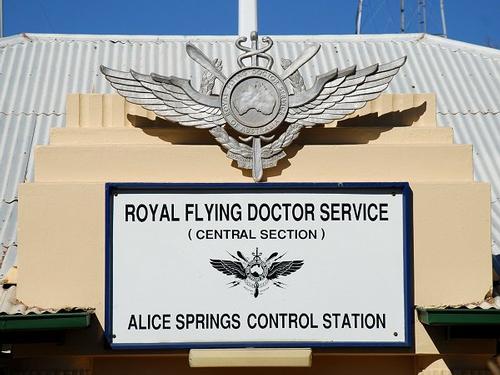 The most unique part of Australian health care is the "Royal Flying Doctor Service", created specifically for people in the "outback" who lack regular health care.

This organization provides medical assistance with a fleet of approximately 40 aircraft. Doctors are in contact with their patients by radio. Today, twelve bases are active in the outback and they help more than 100,000 patients annually, often aborigines in the most remote areas. Innocent conditions are remedied by radio. All patients have a card with the human body on it. This map contains numbers so that one can see exactly where the pain is. All patients also have a standard first aid kit. All medicines contained therein have numbers so that the doctor can tell exactly which medicines to take.

The official national anthem of Australia is the "Advance Australia Fair", a nineteenth century nationalist song that replaced the British "God Save The Queen" in 1984.

For a while there was talk of the very popular ballad "Waltzing Mathilda" by Banjo Patterson becoming the national anthem, but in the end "Advance" won the battle.

Waltzing Mathilda made late 19th century wanderers and prospectors of outback heroes. These figures traveled through Australia with their entire possessions and hewn on their backs. Waltzing Mathilda then refers to the cloth with content that swings back and forth when walking. The "swagman" often gave this bundle a name, just like in this ballad.