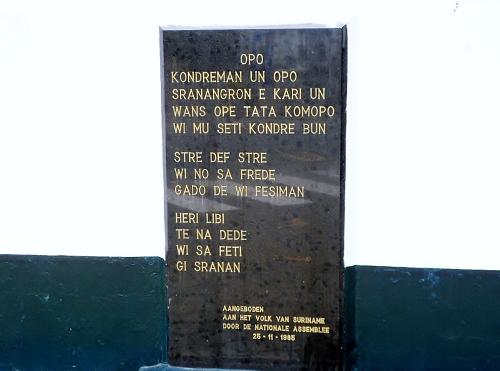 About 20 languages are spoken in Suriname. The official language is Dutch. Surinamese or Sranantongo developed as a creole language early during the slave period. 'Sranan' can be distinguished from the languages spoken by the Maroons, such as Saramakan and Aukan. The Indians speak several Native American languages. The indentured servants who arrived in the 19th century brought Hindi, Javanese and Chinese. The colloquial language between the groups is Sranantongo.