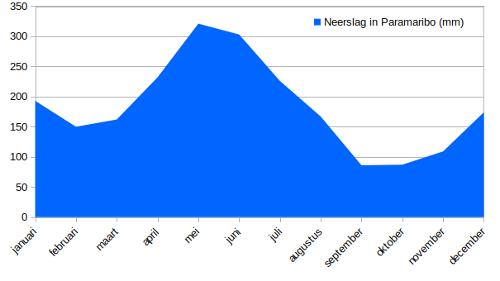 The relative humidity is on average 80%. The winds blow predominantly from the east and are generally weak at speeds of between one and two meters per second. The climate in the interior differs little, in general the precipitation is higher.

In short, Suriname has four seasons: