The Moroccan economy has the same problems as those of most third world countries. Among other things, a rapidly growing population, lack of own capital, a domestic market that is too small for industrial development, a lack of qualified labor and dependence on some export products (phosphate and agricultural products). Dependency on foreign capital is high and public debt is high (a total of 65.1% of GDP in 2017. Gross national income (GDP) per capita was $ 8,600 in 2017. Unemployment, especially among young people, is large (10.2% in 2017) Tourism is becoming an increasingly important source of income, contributing significantly to Morocco's foreign exchange earnings and providing employment to 5% of the population. controlled industries are partly privatized. 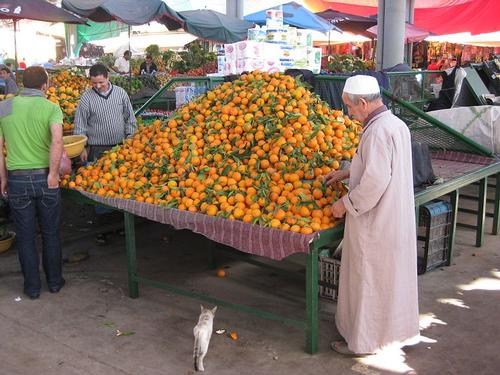 Agriculture is the most important sector in the economy. It employs 39.1% of the labor force. In 2017, this sector accounted for 14% of GDP. Insufficient and irregular rainfall cause large differences in the annual harvest. About 34 million ha has been cultivated, 25% of which is arable land. The persistent drought has been the main problem in recent years and, together with rapid population growth and limited access to the European market, has caused stagnation. In addition to grains, the cultivation of citrus fruits, tomatoes and potatoes is important. Sugar beet cultivation has experienced spectacular growth. Forestry is almost 100% a state affair. The total forest area in 1994 was approximately 5 million hectares. 12% of the total land area. The yield is used as firewood and processed in the construction and furniture industry. Morocco is the third cork-producing country in the world.

The predominantly extensive livestock farming of the traditional sector does not cover the demand for meat and imports are therefore necessary. Periods of drought force emergency slaughter, which sometimes means cutting livestock by half. The result is that the skin prices suddenly drop sharply.

The particularly fish-rich Atlantic coastal waters are only partly used by the technically less advanced and small fishing fleet. The quantities of fish caught vary widely per year. Morocco is the second largest exporter of sardines in the world.

The country has large and diverse mineral resources, which are not yet sufficiently utilized. Phosphate production is the largest after that of the United States and Russia. Phosphate provides 30% of the income from exports. Including the stocks in Western Sahara. A large part of the phosphate production is exported unprocessed. Other important mineral resources are iron ore, lead, zinc, coal, manganese, cobalt oil and natural gas. 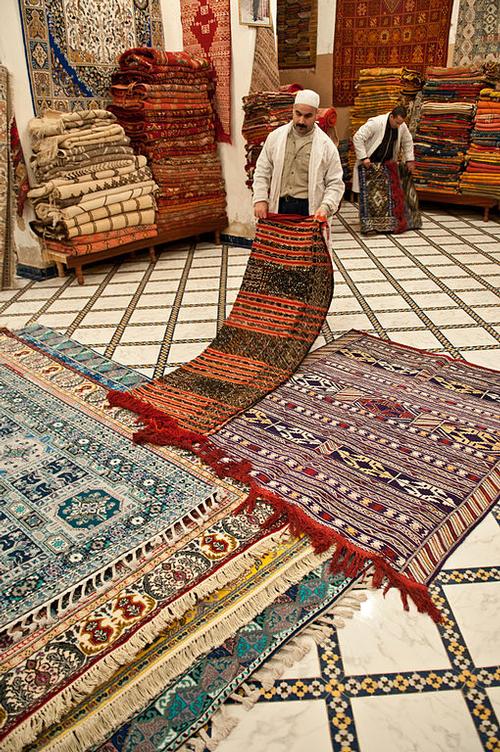 Industry is one of the most dynamic sectors of the Moroccan economy. Production increased annually between 1980 and 2010. In 2017, industry provided 29.5% of GDP, while around 20.3% of the workforce was employed in this sector. The chemical and textile industry in particular are on the rise. The main focus of the industry is in the coastal area between Casablanca and Rabat.

The trade balance has traditionally been in deficit. China, France, Spain, Germany and the United States account for the most important share of imports (39.6 billion in 2017) in Morocco. The main imports are petroleum, machinery, cars, electronic equipment and food. The largest buyers of exports (21.4 billion in 2017) are France, Germany, Spain, the United States and China. The main export items are phosphate, citrus fruits, canned fish, knotted carpets and ready-to-wear.

The available reserves of coal, oil and gas and the large water wealth in the Atlas can only cover a small part of the energy needs. The shortage is largely supplemented by imports of petroleum. 20% of the electricity is supplied by hydropower plants. 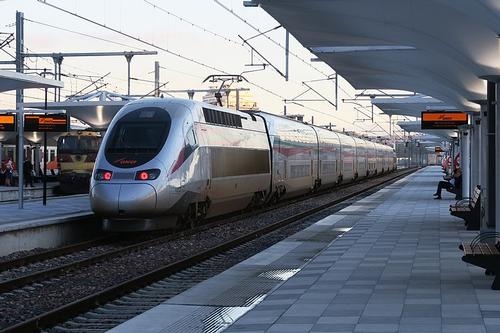 The road network with a length of over 80,000 km is the closest of the continent after that of the Republic of South Africa. The rail network, which handles 80% of the freight transport, is 3000 km long. Shipping traffic plays an important role. Of the Atlantic ports, Casablanca is the largest, followed by Mohammedia, Safi and Agadir. Royal Air Maroc, which is largely state-owned, handles international air traffic. Casablanca, Tangier, Agadir, Marrakech, Oujda, El Hoceima, Rabat and Fes have an international airport.