The Afro-Asian ancestry of the Madagassians has created a complicated but fascinating world of belief. In particular, the belief in the power of the dead ancestors (the razana) who still intervene in daily life is very strong. For example, accidents are attributed to evil ancestors, who have to be appeased with a sacrifice.

Another phenomenon is called "fady". Fady is the belief in actions and behavior that are "dangerous to ..."
An example: “it is dangerous to give an egg to someone immediately; it must be put on the ground first.

There is still a taboo on twins among the Antaisakas, and it still happens that they are killed or left in a forest after birth. 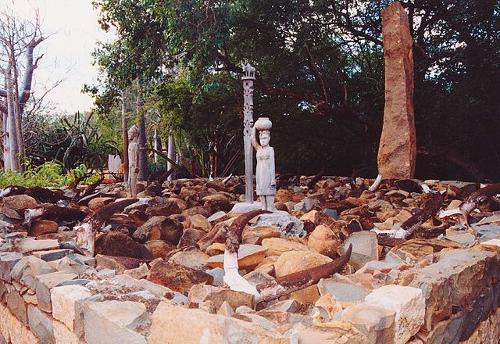 Tomb in Madagascar covered with zebu hornsPhoto: Moongateclimber CC 3.0 Unported no changes made

Funeral customs are many and differ from tribe to tribe and even from family to family. Madagascar's most famous ritual is the reburial or Famadihana. It is the most direct way to get in touch with the deceased ancestors. During this ritual, all the dead are taken from the family grave. They dance and party with them to show them that people still care deeply about the deceased. 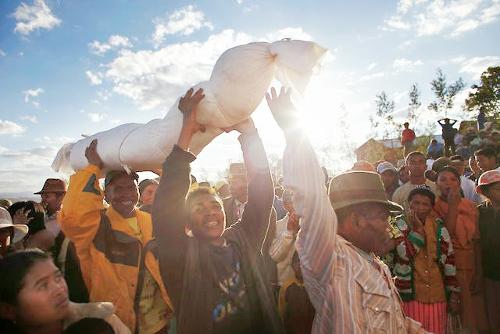 Fady, dancing with the dead in MadagascaPhoto: Smarteeee in the public domain

Half of the inhabitants also adhere to animistic beliefs. Animism is a primal belief in which it is believed that all earthly things such as trees, animals or even stones have their own spiritual power.

From the 18th century, missionaries were coming and going. Protestantism was the first to gain a foothold in Madagascar. 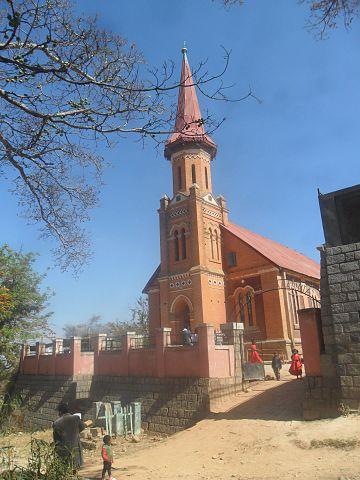 As French influence grew stronger, Catholicism soon gained the upper hand. About 45% of the population is Christian, about the same number of Roman Catholics as Protestants. About 5% of the population is Muslim. They mainly live in northern cities like Mahajanga. 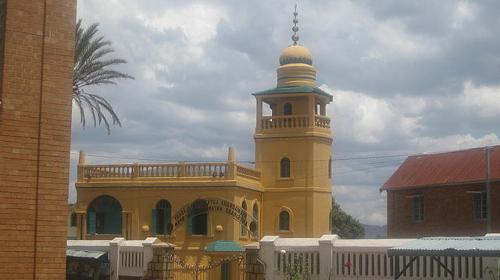