Israel does not have a written constitution because the orthodox and liberal currents could not agree on points of principle. In 1950, the Knesset (literally "meeting" or "assembly") decided to pass so-called fundamental laws from time to time, which together are to take the place of a constitution.

The Republic of Israel is a parliamentary democracy with a president as head of state. Executive power rests with the prime minister and the ministers, who together form the government; they need the confidence of the parliament, the Knesset. The president asks the leader of the party with the most seats to form the government. The 120-member Knesset has legislative power and is elected by the people once every four years, under a system of proportional, direct and secret suffrage. All citizens aged 18 and over have the right to vote. Each voter has two votes: one for the Prime Minister and one for a party; there is no division into electoral districts. There is a 1% electoral threshold, which means that the political landscape is highly fragmented. A clear drawback is that the need for coalition governments results in a kind of dictatorship of the small parties. No Israeli party has ever achieved an absolute majority. The electoral law was changed in March 2001 and the old system will be used again with effect from the new elections. This means that one vote is cast for one party.

The president appoints the cabinet formator after consulting the representatives of the party factions in the Knesset. The president himself is elected by secret ballot by the Knesset for a term of five years and is himself a member of the Knesset. There is the possibility of re-election for another five years. Ministers can also be members of the Knesset, but not necessarily. In fact, although the president is the head of state, he only holds a ceremonial position.

The judiciary are the judges and the courts. Israeli criminal law consists of three parts: the laws from the time when the country was a province of the Ottoman Empire (until 1917), the laws from the time of the British Mandate, and the laws of the State of Israel itself. A number of family cases are heard by religious courts in Israel. The Supreme Court makes the final decision. For the current political situation see chapter history.

Districts of IsraelPhoto:Golbez CC 2.0 Generic no changes made

The country is divided into six districts and 17 subdistricts. The municipal councils are elected for four years and the occupied areas are under military administration, advised by civilian officials. 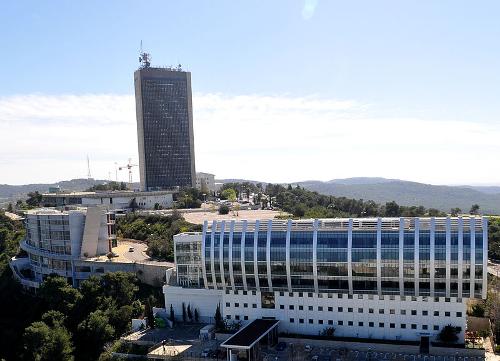 University of HaifaPhoto: Zvi Roger CC 3.0 Unported no changes made

The education system in Israel is partly in line with Europe, partly with the United States; education is given in Hebrew or Arabic for the Arabs. Israel has more than 3,000 schools and more than 110,000 teachers. On average, Israelis have more than 12 years of education and illiteracy is below 3%.

Israeli children attend kindergarten for a year from the age of five, before attending primary school for six years. This is followed by a three-year middle school, after which the ten-year compulsory education comes to an end.

After middle school, the majority of the students go to a vocational school or to a higher school. About a quarter of Jewish families send their children to one of the many religious schools.

Israel has six universities: the Hebrew University in Jerusalem, the National Religious School of Bar-Ilan near Tel Aviv, the Ben Gurion University of Beersheva and the Israeli Institute of Technology (Technion) in Haifa. Furthermore, the Weizmann Institute is also considered a university.

Almost a quarter of the working population has completed a university education, placing Israel in third place in the world ranking after the United States and the Netherlands. 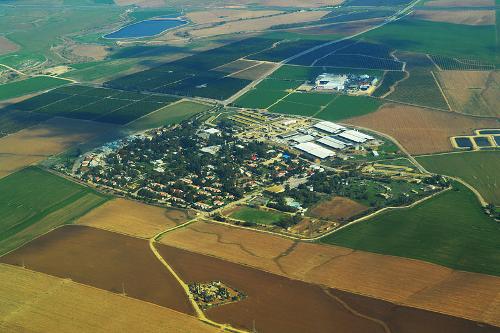 Kibbutz Gat from the airPhoto: Amos Meron CC 3.0 Unported no changes made

The kibbutzim (IvrieT: kibbutz, kibbutzim) are a typical Israeli experiment. They were built not only to achieve the socialist ideal of equality, but also for security reasons. The first kibbutz was founded in 1909 in an area south of Lake Genesareth. At present, Israel has about 270 kibbutzim and new kibbutzim are still being set up. On average there are about 400 people working in a kibbutz, but a few villages have more than 1000 inhabitants.

These agricultural settlements are based on the principle of joint production and consumption and equality of all members. Today only three percent of Israelis live in kibbutzim. Almost half of all agricultural products come from these companies and many of them also make industrial products. About fifty kibbutzim in holiday areas have embraced tourism. Several dozen of them are members of the Kibbutz Hotels Chain, which has its own headquarters in Tel Aviv. The kibbutz movement has its own institutes for higher education and scientific research, in addition to its own chamber orchestra, theater groups, dance groups, galleries and publishers. Education, health care, childcare, laundries and other services are free.

In the past, all the buildings of the kibbutz were within a walled space with only one entrance. From the 1930s onwards, the houses and relaxation rooms were no longer around the courtyard, but separated from the other buildings. During the British Mandate the first kibbutzim consisted of dilapidated wooden barracks, with palisades and guarded by a watchtower.

From the kibbutzim emerged the "mosjavim", a type of cooperative in which families combine the individual exploitation of their farming business with joint ownership of means of production and services. The moshav does not have a fixed design, but each family receives an approximately equal plot of land of equal quality. The first moshav was built in 1920 and today about 4% of the Israeli population lives in one of the 450 moshavim.

In the "mosjavim shitufim" the land is also common property and there is joint management. 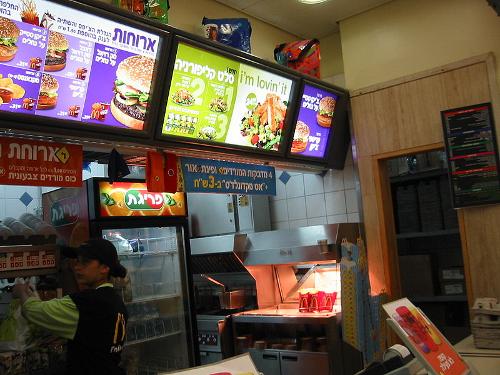 The indication "kosher" at a restaurant means that the kitchen is under the supervision of the chief rabbinate. Kosher guarantees that the choice of ingredients and preparation are under strict supervision. Non-kosher foods are unclean, or "tefa".

In principle, a distinction is made between natural products that do not require any special preparation, such as fruits, vegetables and coffee. Meat may be used under certain conditions and there are unclean products that should never be used.

Kosher is only the flesh of animals slaughtered with a razor-sharp knife so that it no longer contains blood, because blood is considered part of the soul.

Kosher mammals are cloven-hoofed ruminant animals such as beef, lamb, and goat, but not pig, rabbit, or camel, which are either non-cloven-hoofed or do not chew their food. Of poultry, duck, goose chicken, pigeon, pheasant and turkey is kosher, game fowl is not. Of the aquatic animals, kosher is what has scales, so mussels and crustaceans do not.

Dairy products must come from kosher animals and meat and milk must be strictly separated. Dairy products should only be consumed five hours after a meat meal. After a milk product you have to wait another two hours.