Israel (Ivrit: Medinat Yisrael, Arabic: Dawlat Isra'il = State of Israel), is a republic in the Middle East on the continent of Asia. The total area of Israel is officially 20,770 km2. This is according to the 1949 boundaries, excluding the Occupied Territories and the Palestinian Autonomous Territories - West Bank, Gaza Strip and Golan Heights, which together measure 7,375 km2.

From north to south the country stretches for about 420 kilometers, from east to west the distance varies from 20 to 160 kilometers. The Mediterranean coast is 230 kilometers long. 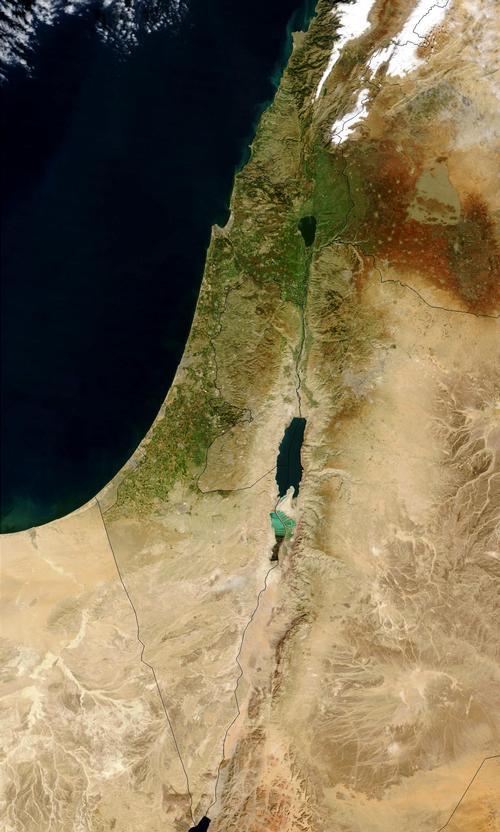 Israel is a narrow, elongated country and has three landscapes from west to east: the coastal plain, the western mountainous region and the ridge of el Ghor. The southern part of Israel is formed by the Negev desert, which covers half of the country.

The coastal plain is contiguous and is interrupted only by the Carmel Mountains and distinguished from south to north in Shephelah, the plain of Sharon and the valley of Zevoelun (Zebulon). The coastal strip is partly a fertile lowland, which is becoming wider, drier and more sterile in the south. Eventually this area turns into the Sinai desert. Carmel Mountain (550 m) is located near the coastal town of Haifa.

The western highlands, 700 to 1000 m high, can be divided from south to north into the mountain regions of the Negev and of Judea, Samaria and Galilee. The last three areas consist mainly of limestone and show karst phenomena. The surface of the Negev consists of granite. In the far north, the hills of Lebanon merge into the highlands of Galilee to heights of about 1,200 meters, descending to the Jordan Valley in the east, in the west to the coastal plain, and in the south to the valley of Esdraelon. To the south of Esdraelon, a plateau extends for approximately 150 kilometers. 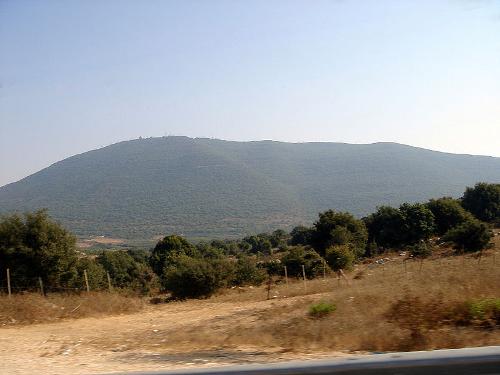 The highest mountains are Har Meron near Zefad (1208 m) and Ramon in the southwest of the Negev (1035 m). The western highlands are interrupted southeast of Haifa by the Jezreel Plain, which connects the Jordan Valley to the Mediterranean Sea.

The only major river is the Jordan, partly border river with Jordan. The remaining rivers in Israel all flow to the Mediterranean Sea, are short and have irregular water.