Israel's location between the Mediterranean and the desert largely determines the weather. Israel has no fewer than four climate zones, from Mediterranean to desert climate. Most of Israel can be divided into two seasons, the hot, dry summer and the cold, wet winter. 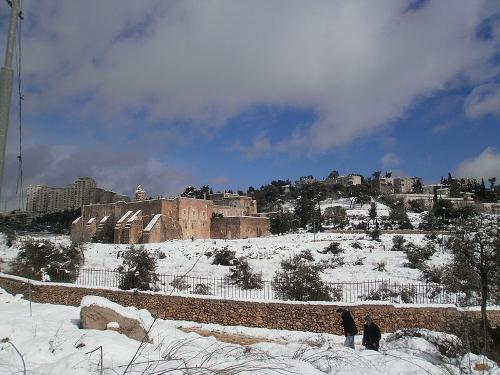 For example, temperatures in Jerusalem can drop to 5°C (lowest temperature ever recorded in Israel: -7°C) with sometimes even snow, while in the area around the Dead Sea the temperature can reach 45°C. There is also regular snow in the mountainous areas of Northern Galilee.

Western Israel has a Mediterranean climate with dry, hot summers and mild, damp winters. The el Ghor rift in the east receives less than 200 mm of rain per year and therefore has a desert climate.

In summer, temperatures often reach over 40°C locally, especially when the "hamsin" (Hebrew: sharav), a desert wind, blows from the east. 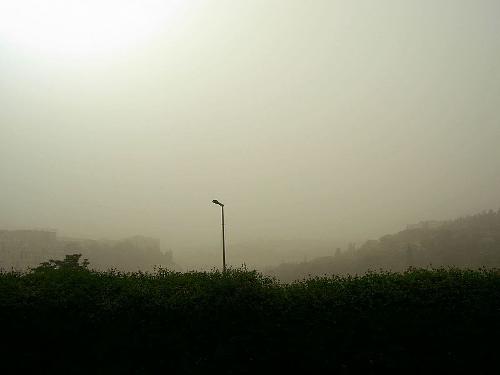 The summer heat is tempered during the day by the daily sea breeze from the west; the cooling at night is often so strong that dense mists and heavy dew occur. The hottest areas of Israel are Eilat, the Arava Valley in the Negev Desert, the lowest areas of the Jordan Valley (highest recorded temperature ever: 54° ), the valley of Bet Shean the shores of Lake Tiberias in summer and the dead Sea.

The winter rain usually falls in three periods: the early rain after the dry summer in October and November, the winter rain, in heavy showers, alternating with periods of sunshine and the late rain in March and April. The average annual rainfall is about 600 mm and decreases from north to south and from west to east.

Most rain falls between November and April; in the area around Mount Hermon up to 1000 mm per year falls, while in Eilat, in the south, there is usually less than 50 mm of rainfall per year. Northern Galilee has about 70 days of rain per year, in Jerusalem and in the mountains of Judea it rains for about 50 days and in the Negev desert it rains for about 10 days.