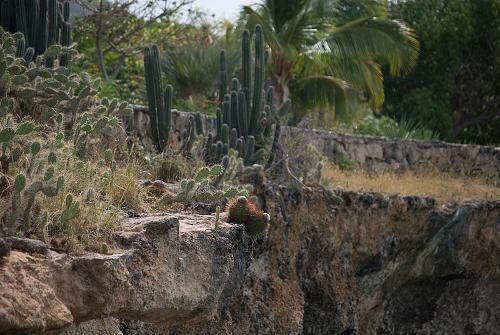 In the dry climate of Curaçao there are about 500 species of plants and trees. Compared to the South American mainland, this is not much. Trees are almost non-existent, cacti, on the other hand, are very common, and large areas are hardly overgrown. Due to groundwater extraction, large areas have become withered and saline. An example of this is the entire coastal strip in the north. Most of the vegetation is found in those places where the water-retaining limestone is covered with a layer of basalt dust that is rich in minerals. Different types of mangroves are found on the shores of the bays. These trees stand with their roots in the water and "breathe" through air roots that hang down from the branches. The most famous tree of the ABC islands (Aruba, Bonaire and Curaçao) is the divi-divi or fan tree. Characteristic of Curaçao are the cacti that sometimes form entire forests. Palm trees are also found on Curaçao, but are probably imported by the Spaniards and can be seen especially at the hotels and beaches. 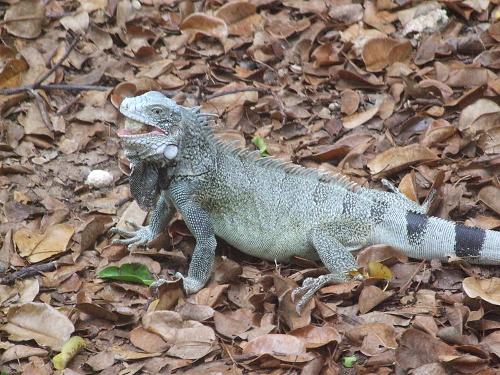 The animal world is a little better, but even here, compared to Venezuela, it lags far behind. Unique to Curaçao is the Curaçao deer or white-tailed deer, which only occurs on the west coast of the island. The locals call the animal "bina". They have been legally protected since 1931 and the current number is estimated at 400.

Curaçao also has about sixteen species of lizards (including whip-tail lizards). Iguanas (yuana) are also common. Goats are abundant and donkeys to a lesser extent. The goats often roam freely and cause great damage to the plant world on Curaçao. Most birds that occur on Curaçao just hibernate or are on their way to a breeding ground. 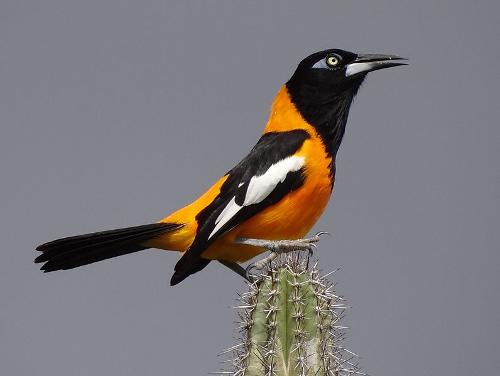 Beautiful birds are the West Indian parakeets (the yellow prikichi is unique to Curaçao), red and green hummingbirds and the bright orange sugar thief. The Caribbean flamingo also comes by now and then, especially in the breeding season in search of food. The breeding ground for this bird is on Bonaire. The Christoffelpark is a true bird watcher paradise. The national yellow-breasted groupial is common here.