Bonaire is an island in the Caribbean Sea, is part of the Netherlands Antilles and is the most easterly of the Leeward Islands. The island is 40 km long and 5 to 12 km wide. 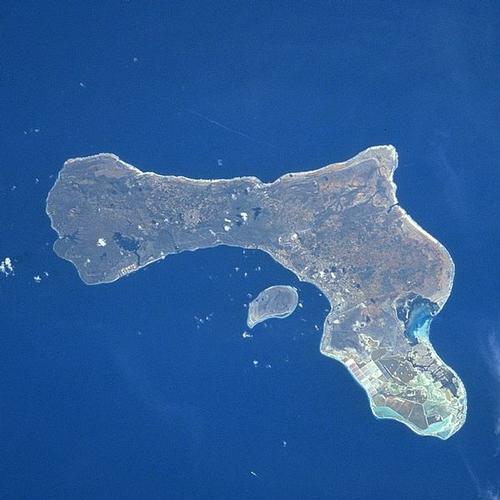 Bonaire consists of a core of old igneous and sedimentary rocks that were formed more than a hundred million years ago by, among other things, submarine eruptions. Sixty million years ago, this thick rock rose above sea level and was then surrounded by coral limestone. These geological processes have created an island with a hilly landscape in the northwest, a terraced landscape in the middle and a fairly low and flat landscape in the south. Here you will also find salt pans that can also be found in the northwest. These salt pans were created during the rise and fall of sea levels during the ice ages. Due to the high temperature in combination with the little rainfall, the salt remained behind. The highest point is the "Brandaris" (241m). 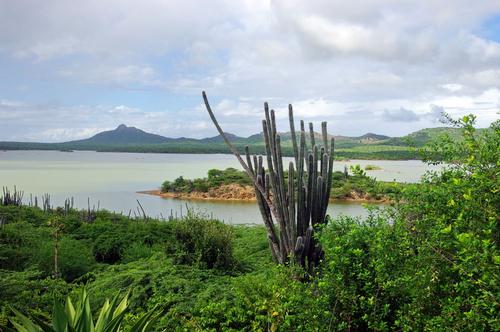 On the west side of the island, off the coast at Kralendijk, the capital, is the uninhabited coral island of Klein Bonaire. In 1996 it became known that a local developer had plans to build a hotel, bungalows, shops, a casino, dive shops and mooring piers on the island. The Klein Bonaire Protection Foundation came into action and it soon became clear that to save the island it would have to be bought from the project developer. After lengthy negotiations, Klein Bonaire was sold around 2000 for 4.2 million euros. In addition to the Dutch government, the World Wildlife Fund also contributed. The Netherlands did set the condition that Klein Bonaire should become an official nature park. Klein Bonaire is a unique area with a fragile eco-system. It is also an important breeding ground for sea turtles and bats reside in the caves on the island. Furthermore, Klein Bonaire has one of the most beautiful reefs in the Caribbean with special and colorful fish.