The Caribbean island of Bonaire, also called 'Diver's Paradise' and almost always good for sun and pleasant temperatures due to the ever-present cooling trade winds, is one of the top destinations in the world for divers and snorkelers with more than 80 dive sites. Around Bonaire there is approximately 300 km of coral reef where plants and hundreds of often very colorful fish species live that provide an unforgettable diving experience.

Nature lovers will also find what they are looking for on the island itself, for example in the Washington Slagbaai National Park and in the Pekelmeer, where the world famous and unique slave houses can also be found. Goto Lake is home to one of the largest flamingo colonies in the world. Tropical Bonaire also has a number of white sandy beaches where you can relax after a day of diving or water sports, including Pink Beach, Playa Funchi and Sorobon Beach. 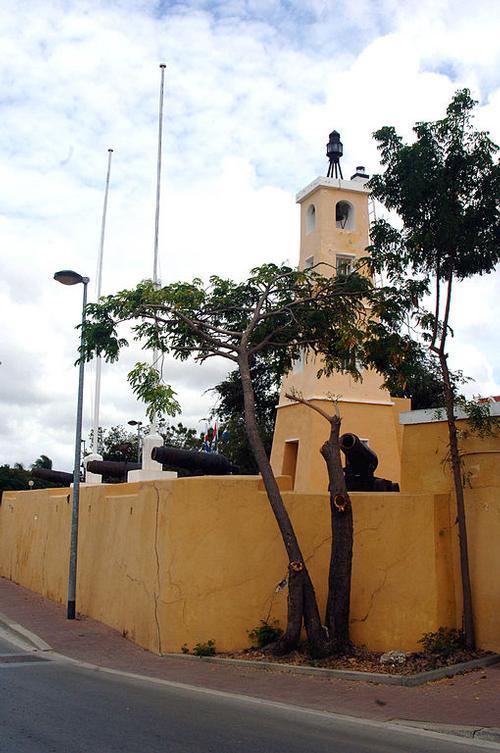 For history buffs, the capital Kralendijk has Fort Oranje, the oldest building on Bonaire (1639), and the former governor's house (1837), as well as a number of museums. Located in a 19th century plantation house, Museo Boneriano has a collection of archaeological finds and a large shell collection; Museum Belua is an open-air doll museum; Museo Chichi 'Tan shows traditional Bonairian musical instruments; Museum Kas Krioyo showcases the culture and traditions of the village of Rincon. A number of monuments also give a picture of the history of Bonaire: the Walbeeck Monument in memory of 300 years of Dutch rule on Bonaire; the Betico Croes Monument, the politician who meant a lot to Aruba especially; the Simon Bolivar Monument, in honor of the South American independence fighter; the Second World War Monument in honor of the 34 fallen Bonairian soldiers.

Rincon is the oldest (slave) village of Bonaire and even of the Antilles, and also as a cultural center of Bonaire and marketplace, certainly worth a visit. Lac Bay is a unique surfing paradise in a location surrounded by mangrove forests. In Butterfly Garden Bonaire hundreds of butterflies from all parts of the world fly around. Bonaire has five historic church buildings, in Kralendijk the Saint Bernard Church, the Lady of Coromoto Church, the Protestant Church and the Saint Ludovicus Church; in Rincon the Protestant church.

Bonaire has eight lighthouses, some of which are centuries old and have a monumental status, the Willemstoren, the Malmok, the Seru Bentana, the Boka Spelonk, the Fort Oranje and the Punt Vierkant. In addition to the approximately 400 donkeys that are cared for in the 'Donkey Sanctuary Bonaire', another 200 live in the Washington Slagbaai National Park and a few dozen in the wild. At about ten places, on rock walls and in caves, drawings of the Arawak Indians can be seen, especially those of Boca Onima are the best preserved. Kunuku Rooi Lamoenchi is a former plantation that has been completely restored to its former glory. 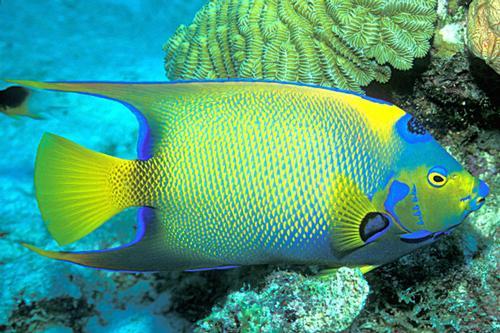 One of Bonaire's greatest resources is under water. The coral reefs of Bonaire directly adjacent to the coast are among the most beautiful in the world and have become one of the most popular diving destinations in the world. The Caribbean sea here is crystal clear and one can often see more than 30 meters deep.

The "Brandaris" is the highest peak on Bonaire, 241 meters high. From the top you have a beautiful view of the whole island and in very clear weather you can even see the "Christoffelberg" on Curaçao and the mountains of Venezuela in the distance.

Bonaire has a number of caves that are interesting because of the beautiful petroglyphs, which date back to the time before the Spanish occupation. They were made by the native population. The drawings do not have a recognizable shape, but it is believed that they were made for a religious purpose.

Bonaire has a small but interesting museum: the Museo di Bonaire. The collection consists of archaeological finds including urns, a 760 year old skeleton and prehistoric utensils. Furthermore, works of art by contemporary Bonairian artists, cannonballs, antique firearms and a beautiful shell collection. 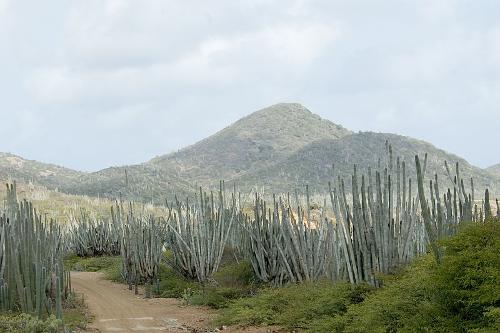 In the northwest of Bonaire is a large nature park, called Washington-Slagbaai National Park. It is one of the most beautiful spots in the Antilles and was opened to the public in 1969 as the first national park in the entire Netherlands Antilles. It is a park with a lot of natural beauty and a wide variety of landscapes, varying from beautiful bays, via large plains with flowering bulbous cacti and towering columnar cacti to beautifully overgrown hillsides.

At the southernmost point of Bonaire is the "Willemstoren", the oldest lighthouse of Bonaire. This lighthouse was built in 1837 and 1838 and has the shape of a Doric column. On August 24, 1838, the birthday of King William I, the lamp of the new lighthouse was lit for the first time and named after the king.