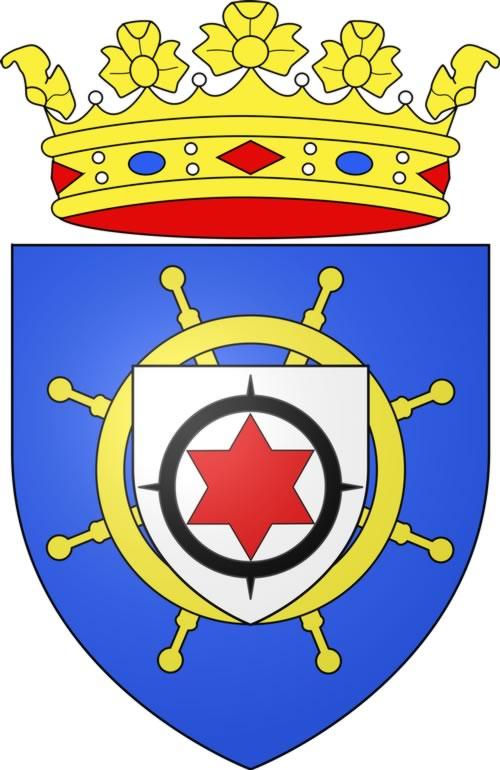 The Leeward Islands of Aruba, Bonaire and Curacao originated under the sea some 100 million years ago. The oldest rock formations found on these islands therefore mainly consist of rocks of volcanic origin. Very little is known about the original inhabitants of Bonaire. Excavations have revealed that the island had been inhabited by Indians for hundreds of years in the so-called pre-Columbian era. These Indians, called Arawaks, came from the South American mainland. They used the same tooks and lived and worked in the same way as the Indians of the South American continent. It is believed that there were never more than a few hundred. Until the arrival of the Spaniards, they still lived in the Stone Age, in simple huts made of clay. They lived on fishing and plant food. According to tradition

Bonaire was discovered in 1499 by Alonso de Ojeda. However, real evidence for this has never been found. Amerigo Vespucci is also mentioned as the discoverer. On the very first map of the Caribbean, Bonaire is referred to as Isla de Palo Brasil or "Island of Paint Wood". The Spaniards soon called the Antilles "Islas Inútiles" or "useless islands" because no gold was found and they were also unsuitable for agriculture. In 1515, the Spaniards removed the entire population of the islands to work as slaves on the island of Hispaniola. Only in 1526 did some original inhabitants return to the island.

Around that time, only about sixty Spaniards lived on Bonaire and it took the Dutch little effort to conquer the island from the Spaniards in 1634. At the time, the Netherlands was at war with Spain and needed a strategic foothold in that region because interests in South America, especially Brazil, were growing. The few Indians who still lived on Bonaire fled or were killed. For example, Bonaire was again uninhabited at the end of 1636. That did not take long, because the West India Company (WIC) started on Bonaire with the extraction of salt and paint wood, the livestock and maize culture was developed for the benefit of Curaçao, which was developed into an agricultural colony. After the end of the Eighty Years' War, Bonaire was no longer needed as a military base, and as a result became less and less important for the WIC.

The slave trade flourished, especially in the period 1685 to 1713. Salt production in Bonaire in particular became increasingly important and more and more negro slaves were needed to extract the salt from the salt pans. Besides negro slaves, convicted Indians and other punished people were also put to work and Bonaire became a kind of penal colony. Opposition to human trafficking grew and in 1821 the import of slaves into the colonies was banned. However, it would be a long time before slavery was actually abolished. Economic motives formed the basis for this. At the end of the seventeenth century Bonaire was in its entirety a plantation of the WIC. After the power of the WIC ceased to exist in 1791, more and more white people settled on the island. During the nineteenth century, a new population group came to Bonaire, that of ransomed or set free slaves. The Indian population group slowly but surely became smaller and around 1810 the last Indians left for the mainland. In 1807 Bonaire came under English rule, but was returned to the Netherlands in 1816 during the London Convention. The island continued to hold government plantation status until 1868.

On September 30, 1862 the time had come: on Curaçao the "Emancipation Regulation" was promulgated. This meant that all slaves were set free on Bonaire. After the abolition of slavery it was soon decided to sell the government land to private persons. As a result, the total population became dependent on two large landowners. The bad economic situation on Bonaire meant that many islanders left for Venezuela to work in the salt mines. Due to the rise of the oil industry in Aruba and Curaçao, Bonaire also benefited from the profits that were made. Roads were improved, electricity and telephone were built and medical facilities were improved. In 1936 an airplane landed for the first time on Bonaire. In 1940, Germans and NSB members from other islands were locked up in an internment camp. After the war, this camp was turned into the first hotel on the island, and this was the beginning of the rise of tourism. The small parties did not get a chance in the May 2003 elections for a new island government on Bonaire. The two incumbent parties won all seats. The ruling party Union Patriotico Boneriano (UPB) won a large majority by taking six of the nine seats on the island council. The Bonaire Democratic Party (PDB) lost one seat and got stuck at three seats.

More than two weeks after the Democratic Party of St. Maarten left the Antillean government-Goddett, the Patriotic Union of Bonaire (UPB) also left the cabinet on 9 September 2003. The reason for this, according to party leader Ramonsito Boni, was the coalition's policy towards the new Bonairean airline BonairExel. They were allowed to operate only four flights a week between Curaçao and Aruba. Four flights a day were requested.

In mid-2000, parliament decided that Dutch nationals may settle freely in the Netherlands Antilles (National Ordinance Admission and Deportation = LTU). The only conditions that are set are that the Dutch have a certificate of good conduct and can prove that they have accommodation and sufficient means of support.

By opening the borders, the Antillean government wanted to stimulate the economy. The relaxation of the national ordinance also makes it easier for companies to acquire additional knowledge. This also has a favorable effect on the competitive position, because the economy could be revived, partly due to the influx of economically active persons.

At the beginning of April 2004, the Antillean cabinet fell. Ersilia de Lannooy's National People's Party (PNP) withdrew its support for the coalition. As a result, it lost the majority in the 22-seat States (parliament). The Curaçao trade union party PLKP and the Democratic Party of Bonaire (PDB) also withdrew their support for the fallen cabinet.

In September 2004, a very large majority of the residents of Bonaire voted in a referendum in favor of a direct relationship with the Netherlands. Approx. 59% chose that political structure for the island.

About 25% wanted a status as an autonomous country within the Kingdom of the Netherlands and almost 16% preferred to maintain the current structure: a Kingdom in which the Netherlands, Aruba and the Netherlands Antilles are each independent and in which Bonaire to the Antilles belongs. On October 11, 2006, Bonaire (together with Saba and St. Eustatius) reached an agreement with the Dutch government on a direct relationship with the Netherlands. The island will be a 'special municipality', which means that the Municipalities Act will serve as the basis for the administration, but with a few exceptions in the field of social security, for example. The residents also have the right to vote in the House of Representatives and the Senate. The target date for new relationships in the Kingdom is set at Kingdom Day, December 15, 2008.

In September 2010, the island government of Bonaire fell after more than a year. The coalition between Anthony Nicolaas and the democratic party PDB was dissolved due to the lack of support from Nicolaas. The new Executive Council would rule until the Island Council elections in March 2011.

The Netherlands Antilles no longer exist since October 10, 2010. Aruba was already an independent country, Curaçao and Sint Maarten became so from that date. Bonaire, Saba and St. Eustatius became special Dutch municipalities.

Between 12 and 21 November 2013, King Willem-Alexander and Queen Máxima visited the six islands in the Caribbean part of the Kingdom of the Netherlands. On Saturday, November 16 it was Bonaire's turn. In December 2015, a majority of the population said no to the question: Do you agree with the interpretation given to the direct relationship with the Netherlands? According to Ronald Plasterk, the Minister of Kingdom Relations, the Island Council and the Executive Council should determine how the result of this referendum should be dealt with. In January 2018, Aruba, Bonaire and Curacao will face an export ban and a sea, air and land blockade of the islands by Venezuela. In 2020 there is disagreement between Bonaire and the Netherlands about the conditions for a Corona loan from the Netherlands to Bonaire.

How did Bonaire get the name

It is obvious to think that Bonaire means "good air", from French. However, there is nothing to indicate that this is true.

A better explanation seems to be the Caribbean word "banare", which means something like "lowlands". The Indians compared the relatively flat Bonaire with the high mountains of South America where they came from.

The Spanish discovered that the Indians called the island "Boynay". They took over this name and the Dutch gradually changed it into "Bonaire". Another explanation is that Bonaire is descended from "Boy Nayil", the name of the son of the supreme god who was shaped like a silver snake. The Indians called the island "Boy Nayre" which means "house of the silver serpent".