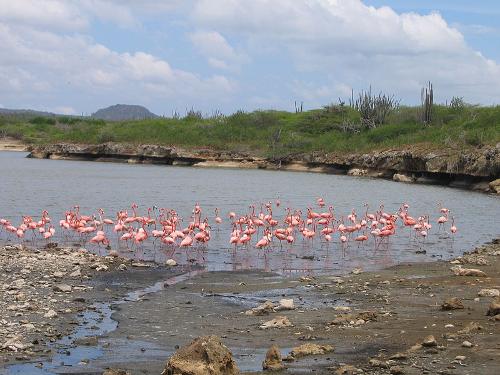 Due to the arid and dry tropical climate, plant growth on Bonaire is quite limited. There are about 500 species, consisting of shrubs, low trees and cactus plants. One of those low tree species is the dividivi which looks very special with its wind-determined shape.

It is striking that many plant species and families are represented by only one species. The northern half of Bonaire is more wooded than the southern half. However, these forests are the remains of a much denser and heavier tree growth. From the discovery of the island to the beginning of the 20th century, wood was unfortunately cut on a large scale. Great damage was also caused by the many charcoal fires. Charcoal is an export item to, among others, Curacao. Goat farming also causes a lot of damage to crops.

The animal world on Bonaire is also quite limited. Bonaire is best known for the Caribbean flamingo. This bird places high demands on its habitat and the Pekelmeer on Bonaire is one of the few places in the world that meets all the requirements so that they can breed peacefully. 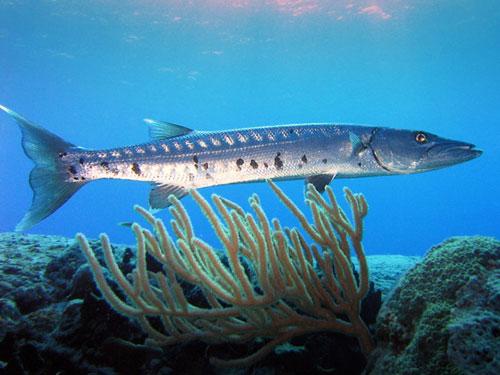 Unique to the island is the yellow-winged Amazon parrot, which is, however, threatened with extinction. One species of snake occurs on the island, the harmless silver snake. There are also various types of lizards. Most birds that occur on Bonaire only hibernate there or are on their way to other breeding grounds.

Goats are encountered in very large numbers and to a lesser extent donkeys. The coral reefs of Bonaire are among the most beautiful in the world. The fish stock is also beautiful. Nowhere in the Caribbean are so many fish. This is mainly because the government declared the coastal strip around the island a protected area in 1979. Special sea dwellers are the barracuda, a species of pike that can grow up to two meters long, and moray eels, a snake species that can also grow to be two meters long and lives in burrows in the coral reef. There are also different types of harmless sharks in this area.