Hinayana Buddhism has been the main religion in Cambodia since the 14th century. Approx. 90% of the Cambodian population adheres to Hinayana or Theravada Buddhism, which has been the state religion since 1989. However, the 1993 constitution guarantees freedom of religion.

There is a small (over 2%) Islamic minority of Shafi Sunnis. Most Muslims belong to the Cham people group from Vietnam.

Hinduism, which determined the religious, political and cultural life of the Khmer until the 14th century, is still adhered to only by the small Indian minority. Christianity is of no importance and the Chinese adhere to a combination of Buddhism, Taoism and Confucianism.

Animism and ancestor worship are still very important for the Chunchiet or Khmer Loeu living in the mountains. 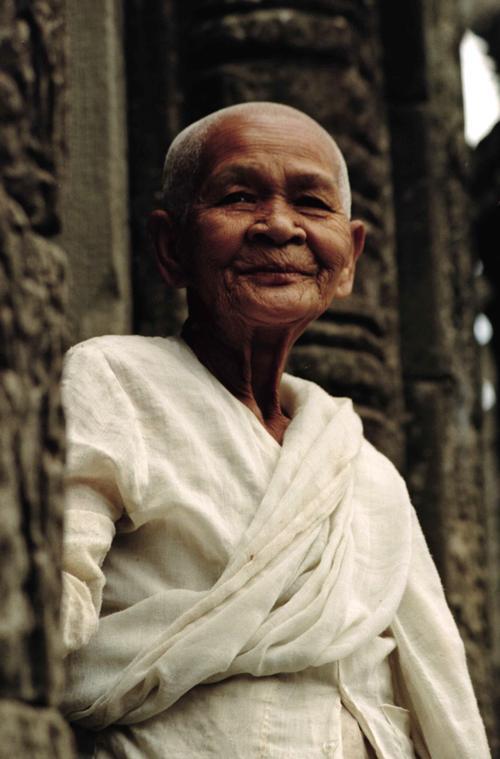 Hinduism and Buddhism have coexisted in Cambodia for about two thousand years without many problems. Mahayana Buddhism predominated for the first ten centuries, from the 10th century onwards, hinayana Buddhism came to the fore and is now the state religion. Hinayana Buddhism entered Cambodia through Sri Lanka and is called the Southern School.

During the Khmer Rouge, attempts were made to eradicate everything related to religion; after the expulsion of the Khmer Rouge, Buddhism flourished and is now an important motive in Cambodian society.

The religious life of Cambodians is dominated by the "triratna", the "three gems": Buddha, "dhamma" (the teachings of Buddha) and "sangha" (the monks). Hinayana Buddhism in Cambodia is intertwined with animism and ancestor worship.

Buddhism was founded in the 6th century BC. originated in India. The founder was Siddharta Gautama (560-480 BC). In Thailand our era is used, but the Buddhist census is also used. Although it is not known exactly when Buddha was born, the year of birth is 543 BC. The year 2004 is 2546 in the Buddhist era.

The core of Buddha's teachings are the four noble truths:

-The cause of this suffering is desire and attachment to life. As a result, man is trapped in an unwholesome cycle of birth, death and rebirth.

-By letting go of desire and detachment man can abolish suffering.

The Eightfold Path (right insight, life, striving, meditation, thinking, purpose, word and deed) is the only way out of the unwholesome cycle of reincarnation and leads to nirvana, the state of bliss.

By adhering to some basic principles man can influence his fate or "karma". The Five Commandments are not to kill, steal, commit adultery, lie, and use alcohol, tobacco, or drugs.

Buddhism is not actually a religion, but a philosophical system and an attitude to life. There are no gods. Buddhism has monks, but again no ecclesiastical organization.

Traditionally, the king is the protector of all religions. 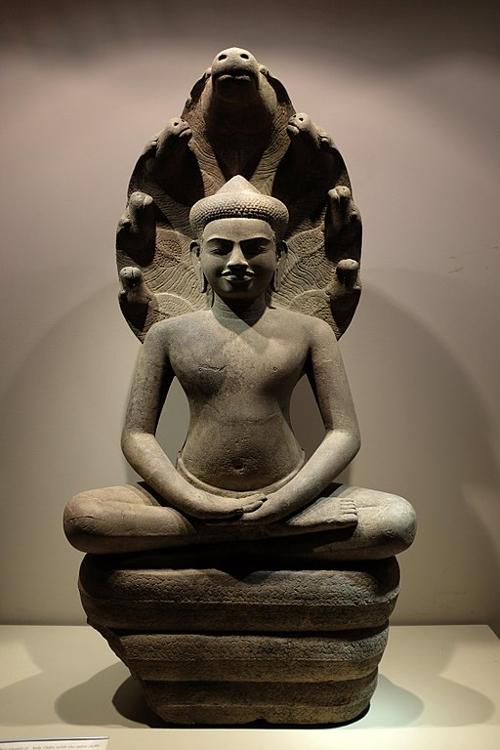 After the death of Buddha, the religion fell apart in two directions: Mahayana Buddhism and Hinayana Buddhism.

Mahayana Buddhism is based on the universal salvation of all living beings and is therefore called the "great vehicle." This school has "bodhisattvas", mortals who have already attained enlightenment, but remain on earth to show people the right way. Mahayana Buddhism has spread across China, Nepal, Japan, Korea, and Vietnam, among others.

Hinayana or Theravada Buddhism is also known as "School of the Elders" and is mainly found in Cambodia, Sri Lanka, Myanmar, Thailand, Indonesia, Malaysia and South India. This direction within Buddhism is limited to the individual salvation of man, without the intervention of others, and is therefore called the "little vehicle". Anyone who independently attains enlightenment becomes "arhat". However, this status is reserved only for the monks. Lay people can at best add something to their karma during their life on earth and be reborn in a higher position. One can increase one's karma by doing good works, such as giving alms to monks and donations to temples. So selfless giving or "dana" is the most important form of virtue that leads to good karma.

The ancient form of animism is only practiced in Cambodia by the Khmer Loeu, the mountain peoples in the northeast of the country. In Cambodia, animism is called "neak ta" and is a mixture of ancestor worship, belief in good and bad spirits, and fertility rituals. The Khmer Loeu know many spirits that can be appeased with offerings in the form of flowers, incense and fruit. Important is the "kru" or "shaman" who can heal ailments with magic potions.

Animistic elements have also crept into Cambodian Buddhism; for example, during the Pchum Ben festival, the spirits of deceased parents are honored. 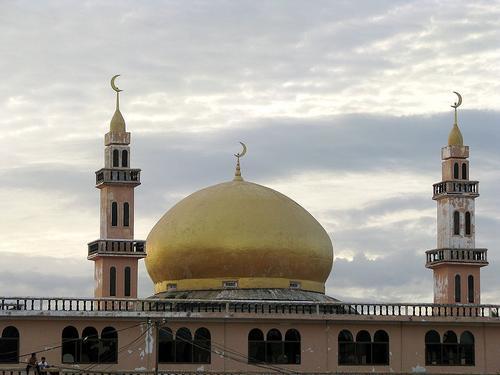 Most Muslims are descended from the Cham or "Khmer Islam". This population group fled from Vietnam to Cambodia at the end of the 15th century. A small Malay minority also adheres to Islam. The Ham, too, have suffered greatly from the Khmer Rouge's religious persecution; tens of thousands of Ham did not survive the horrific actions.

The majority of the Cham belong to the Sunni movement that adheres to the Five Pillars of Islam. A minority follow the traditions of the Vietnamese Cham and have also adopted elements of animism.

Cambodians first came into contact with Christianity in the 16th century through Roman Catholic missionaries from Portugal. Despite their efforts, there were only 120,000 Christians in all of Cambodia before the French withdrawal in 1953. At the moment there are only about 20,000 left, and these are mainly Catholic Vietnamese.

There are only a few thousand Protestants. However, there are still more than a hundred Christian aid organizations and mission groups active in Cambodia. Successful conversion activities are hardly ever seen.

Most Chinese and Vietnamese in Cambodia profess a mixture of Mahayana Buddhism, Taoism, and Confucianism. Taoism and Confucianism are philosophical systems that originated in the 6th century in China.

Cambodia has several thousand followers of the Cao Dai. The belief of the Cao Dai originated in Vietnam in 1926, when Ngo Minh Chieu "came into contact" with Cao Dai, the Supreme Being. This urged him to combine the best of all world religions and thus a new, ideal religion should emerge. Things like spiritualism and ancestor worship were also integrated into Codaism. Mediums are used to get in touch with the supreme god Cao Dai and the spirit world.

According to the Cao Dai, human history is divided into three periods of Divine Revelation. In the first period, God revealed Himself through Lao Tze, in the second through Moses, Buddha, Confucius, Mohammed and Jesus. The period of the Cao Dai is the third and final period.

The Cao Dai have a hierarchy derived from the Catholic Church with a pope, cardinals, archbishops, bishops and priests. The lower offices are open to men and women, all clergy are celibate and vegetarian.