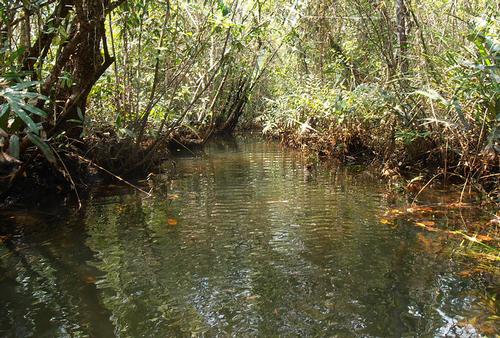 Cambodia has long been one of the most densely forested countries in the world. By 2000, only 30% was covered with forests, part of which consisted of primary rainforest. Extensive tropical rainforests are found on the mountain slopes and plateaus, places with a lot of rainfall.

In the drier lowlands you will find more open deciduous forest and savannas. Mangrove forests grow along the coast. The central plain has some deciduous forests, but consists mainly of agricultural land. The hills in the north have evergreen forest, bamboo and palms. The highlands in the northeast, the southwestern mountain ranges are overgrown with primary rainforest on the lower slopes and with coniferous forests in the higher regions. Teak trees and ironwood trees also grow here, popular because of the hard wood. 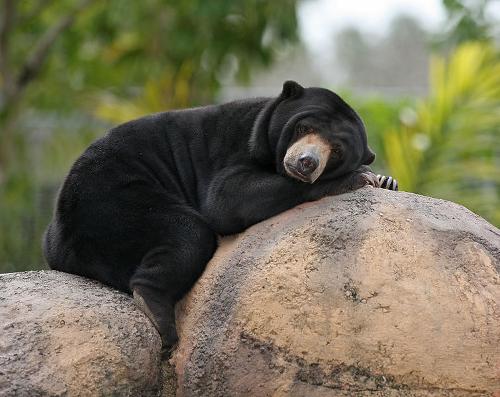 The animal world is particularly rich. Most of the animals can be found in the most remote areas of the country, including the forests of Ratanakiri and Mondulkari provinces and the forested slopes of the Cardamom Mountains. Deer, wild buffalo, leopards, monkeys, squirrels, flying foxes and bears live here, including the Malay bear.

The largest snake is the python, a choke snake. Venomous snakes include cobra, king cobra, banded krait and Russel's pit viper. Rare are the kouprey, a wild buffalo species, the Asiatic wild dog and the "serow", a mountain goat.

The kouprey was declared a national animal by King Sihanouk in 1963. The Cardamom Mountains are home to very large butterflies and also elephants, tigers and the rare Siamese crocodile. A very special monkey species lives in the Ream National Park, the crab-eating macaque.

Cormorants, herons and cranes are quite common, but the Indochinese magpie, great hornbill, spotted pelican, adjutant (a type of marabou) and green peacock are much rarer. 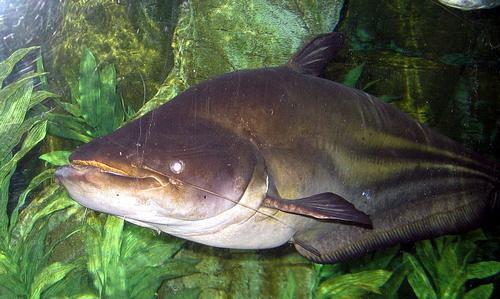 In some parts of the Mekong, the giant catfish is found, the largest freshwater fish in the world with a length of 3 meters and a weight of up to 250 kilos.

The Irrawaddy dolphin, one of the world's most endangered animals, also inhabits the Mekong. They reach a length of more than two meters, weigh 90 to 150 kilos and look more like a porpoise than a sea dolphin. They can reach speeds of 40 km per hour. The Irrawaddy dolphin is one of the five freshwater dolphin species in the world, and the Mekong is estimated to be home to some 150 more.