According to the September 1993 Constitution, Cambodia is a constitutional monarchy with a democratic multiparty system and an elected parliament. The King is the head of state of Cambodia, symbol of national unity and must therefore act as the highest political arbiter, but is bound by the constitution and therefore has a mainly ceremonial function.

On paper there is a division between the legislative, executive and judiciary, but in practice democracy does not always work well. The king is also Commander in Chief of Cambodia's Royal Armed Forces and Chairman of the National Defense Council. Kingship is not a hereditary office, the King is elected for life by a throne council consisting of 7 members. His deputy is the Speaker of Parliament, who is also a member of the Throne Council and appoints the Prime Minister.

The Throne Council is made up of the Presidents and Vice Presidents of the Senate and Assembly, the Prime Minister and the leaders of the two Buddhist orders. 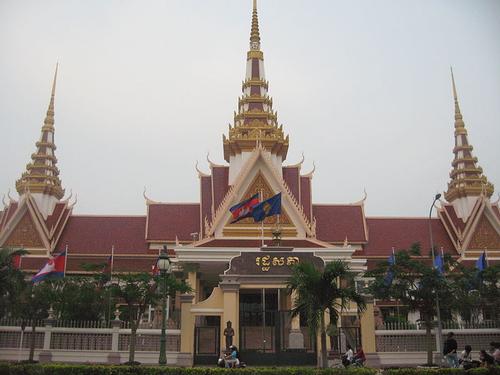 Since 1999 the parliament has consisted of two chambers. The National Assembly or the House of Commons consists of 122 representatives who are elected once every five years. The Senate or House of Lords consists of 61 delegates who are partly elected and partly appointed; their term of office is six years. All Cambodians aged 18 and over are allowed to vote.

The government consists of the Prime Minister, the Ministers and the Secretaries of State. The king appoints the prime minister and the cabinet after approval by the National Assembly. The government is answerable to parliament and the Assembly can send the government home, provided there is a two-thirds majority. For the current political situation, see chapter history.

Education only got off to a good start after the disappearance of the Khmer Rouge. The French had paid virtually no attention to it in the colonial period and there was no education whatsoever under the Khmer Rouge. Intellectuals and therefore teachers were the first to be tackled by them, with the result that an education system had to be built from 1979 onwards.

Cambodian children are obliged to attend school and primary education starts at the age of six. This primary education lasts six years and is followed by lower and upper years of three years each. After this, students can progress to higher education, including two universities, the University of Cambodia and the Royal University of Phnom Penh.

Most schools in Cambodia are state schools, there are also a number of private schools and Buddhist monastic schools.

Despite the often poor quality of schools, illiteracy has declined sharply since 1994. Illiteracy still occurs mainly in rural areas, among minorities and among women. One of the biggest problems is the teachers, who often do not have the necessary qualifications and are poorly motivated because of the mediocre salaries and poor working conditions. 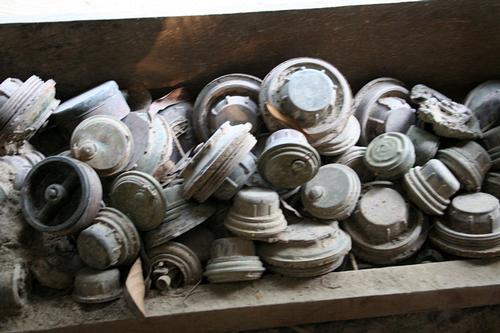 There are still many minefields on the territory of Cambodia. These minefields date back to the 1980s and were created during the battle between the government army and the Khmer Rouge.

In 1993 the number of mines was estimated at ten million, located everywhere, but especially around Battambang in the west and Pailin on the border with Thailand. The mines have already cost many victims; more than 40,000 Cambodians have been maimed. It is expected that it will take another 25 years before all mines are cleared.

However, if one stays on the prescribed paths as a tourist, little can happen.

The kingdom of Angkor and the accompanying temple complex originated in the turbulent time of the 9th to the 12th century, during which capital was regularly changed.

After all, the Khmer king Surayavarman II (1113-150) was the one who went down in history as the builder of Angkor Wat. Construction took place in the first half of the 12th century. The temple complex is considered one of the largest structures in Asia with an area of 1.5 km by 1.3 km and is surrounded by a moat 200 meters wide.

The destruction of Angkor Wat by the Cham in 1177 gave one of Surayavarman's successors the opportunity not only to restore Angkor, but also to build the area with new temples and a new city of Angkor Thom.