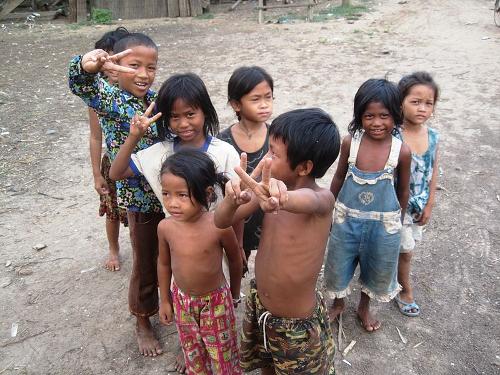 Cambodia has a fairly homogeneous population, because approximately 95% of the population belongs to the Khmer. Important minority groups are Chinese, ethnic Vietnamese, Cham and various mountain peoples.

The Khmer belong to the Mon-Khmer, who have been around since the 2nd century AD and come from southern China. They are of Austro-Indonesian descent and have unmistakably Melanesian and to a lesser extent Mongolian traits. The Khmer are among others the founders of the empire of Angkor and belong to one of the oldest ethnic groups of the Indies. The Khmer are mainly farmers.

Few Vietnamese live in Cambodia anymore. These farmers and fishermen mainly live around the capital Phnom Penh and along the Mekong. After the Khmer Rouge regime, many Vietnamese fled back to Vietnam.

The relationship between the Vietnamese and the Khmer is bad due to cultural and economic differences. The hard-working Vietnamese, often working in fishing and small businesses, are often slightly better off than the Khmer-Cambodians. As a result, the Vietnamese are hardly integrated and do not have the Cambodian nationality.

There are also Chinese living in Cambodia, about 0.1% of the population. They are much more integrated than the Vietnamese and even marriages between both population groups take place. The first Chinese came to Cambodia from southern China in the 18th and 19th centuries and soon became an important factor in the Cambodian economy.

Most Chinese live in cities and work in commerce, banking or as shopkeepers.

The isolated mountain peoples or "chunchiet" (also called: Khmer Loeu or Overland Khmer) make up less than a percent of the Cambodian population and mainly live in the hills and on the high plains bordering the border with Vietnam and Laos. Most mountain peoples live in the provinces of Ratanakiri and Mondulkiri.

Twelve groups are distinguished, the largest of which are Tompoun, Kuy, Jarai, Kreung, Stieng and Phong. Each group has its own language, religion and culture, which is generally very different from the Khmer. Most mountain peoples live from shifting agriculture and migrate. Important religious expressions are animism and ancestor worship. 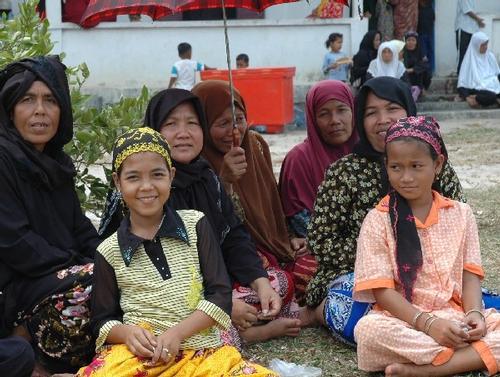 About 200,000 Cham live in Cambodia, about 1.2% of the population. The Cham descend from the inhabitants of Champa, a Hindu empire that ruled an area in Vietnam from the 2nd century onwards. The Cham, often craftsmen, fishermen and farmers, mainly live along the Mekong, Lake Tonlé Sap and along the coast. Most Cham live in Kampong Cham province.

In the 17th century, they mixed with Muslims from Malaysia, adopted their faith and are therefore also called Khmer Islam. The Cham have suffered greatly from the atheist Khmer Rouge regime.

In western Cambodia, especially around the city of Battambang, there are still a few small numbers of Thai and Lao.

Approx. 75% of the population lives in the fertile area between Tonlé Sap Lake in the northwest and the region south of the capital Phnom Penh. Approx. 10% of Cambodians live in a city.

About 16.2 people lived in Cambodia in 2017. The population density is approximately 92 inhabitants per km2. In 1970 Cambodia had six to seven million inhabitants. Due to wars and civil wars, but mainly because of the Khmer Rouge reign of terror from 1975 to 1979, more than one million (some say three million) were killed or killed. Due to the very high birth rate after 1979, the population has risen to the current level.