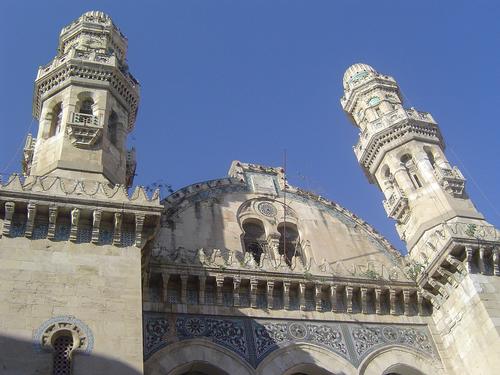 Islam is the official state religion that is practiced by almost the entire population (99%). Less than 1% of the population are Christians, many of the Pentecostals, and Jews. At the height of the French occupation there were an estimated one million Catholics in Algeria. In the 1990s, Christians had a very difficult time in Algeria, with the low point in 1996, when six nuns, seven Trappist brothers and the bishop of Oran were murdered by Islamists. It is estimated that there are still some 10,000 Catholics, 20,000 Protestants, and some groups of other Christians living in Algeria. Most Christians are said to live in the province of Tizi Ouzou in the far north of Algeria. In 2011, the Protestant Church of Algeria was recognized by the authorities, but the church is still facing strong opposition from the same government. For example, pastors and theological teachers from abroad do not receive visas. In 2006, a law was even passed prohibiting foreigners from talking to Muslims about beliefs other than Islam.

The vast majority of Muslims adhere to the Sunnism of the Maliki law school. Maliki is one of the four jurisprudence schools, the 'Sunni madhabs'.

The Maliki and Ibadi law school occur in AlgeriaPhoto: Ghibar CC 3.0 Unported no changes made

The two major schools of Islam are Shia Islam and Sunnism. This dichotomy arose almost immediately after the death of the Prophet Muhammad in 632 AD. and is about the succession of Mohammed. Sunnis believe that Muhammad had not appointed a successor and therefore made their own choice between Muhammad's two fathers-in-law, and the choice fell on Abu Bakr, the father of Muhammad's favorite wife Aishah. Shites think that Muhammad had indeed appointed a successor, namely Muhammad's husband daughter Fatima, and thus his son-in-law, Ali ibn Abi Talib. Ali was murdered and his followers demanded that his descendants succeed him. According to the Sunnis, anyone can become a leader of the Muslim world if he sees to the proper exercise and interpretation of the rules of Islam. Shias live mainly in Iran, southern Iraq, Kuwait and as a minority in countries such as India, Pakistan, Lebanon and a number of Gulf states, including the United Arab Emirates. Sunnis, about 85% of all Muslims anyway, live mainly in countries such as Algeria, Saudi Arabia, Pakistan, Afghanistan, Indonesia, and many countries in the Middle East.

The traditional heartland of northern Central Sahara is the Berber desert town of Ghardaïa in the M'Zab Valley. The city was founded in the 11th century by Kharijite Muslims and is now in the middle of an area where Ibadism, a movement within Islam, is strongly represented among the Mozabites, a Berber people. Ibadism originated from Kharijitism in the 7th-9th century, although the Ibadists do not consider themselves to be Kharijites in any way. According to the Ibadites, faith should not be (mis) used to wage war and should adapt to the prevailing cultural, historical and scientific circumstances, and simplicity comes first. The Ibadites also believe that the Quran was created by God during creation and has not always been with God and is therefore the uncreated word of God. 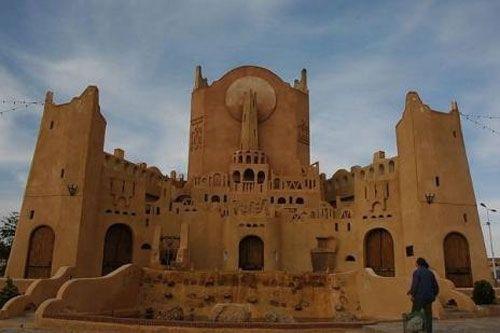 Mosque in M'Zab, AlgeriaPhoto: PhR61 CC 2.0 Generic no changes made

Islam is based on five 'pillars', which should give structure to the daily life of Muslims. The first pillar (shahadah) is the Islamic testimony 'there is no God but Allah and Muhammad is his prophet'. The second pillar (salat) is the duty to pray five times a day in the direction of Mecca. The third pillar (zakat) is the giving of alms, in the United Arab Emirates 10% of the assets are taxed. The fourth pillar (saum) is the month of fasting Ramadan, during which no eating or drinking is allowed between sunrise and sunset. The fifth pillar (hajj) is the pilgrimage to Mecca, which must be accomplished at least once in the life of a Muslim. Five Pillars of IslamPhoto: Xxedvxx CC 3.0 Unported no changes made

Algeria only has a very small Jewish community, which does not have an easy time in the almost 100 percent Muslim country. For example, there are currently no places of worship, synagogues, in Algeria. According to the current Minister of Religious Affairs, these were closed in the nineties of the twentieth century for security reasons. But in the same interview in July 2014, he reported that the Jewish community is fully accepted in Algerian society and that a number of synagogues were being considered. Whether and when that will happen, however, remains to be seen.

The recent history of the Jews in Algeria was determined by two dramatic events in the early 1960s during the war of liberation that directly affected the Jews. ended up in the French camp. In December 1961, the Great Synagogue in Algiers was set on fire and looted, and in June 1961 the famous Jewish musician and a symbol of Arab Jewish culture, Sheikh Raymond Leyris, was murdered.

At that moment it became clear to the approximately 130,000 Jews that there were really only two choices: the suitcase or the coffin. The first option was of course en masse and by the time of Algeria's independence on July 3, 1962, most of the Jews had left for France and only a few thousand Jews remained in Algeria. During and after the civil war it became increasingly unsafe for Jews in Algeria and almost all of them left for Israel in particular. The Islamists literally proclaimed that the Jews would be hunted down. 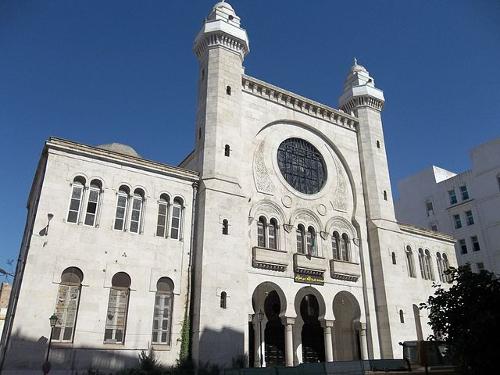 In 2011, Algerian President Boutaflika gave the go-ahead for Africa's largest mosque. The great mosque Djamaa El-Djazair will cost more than 1 billion euros and will be built on an area of more than 20 ha of land. The minaret of the mosque will be about 300 meters high and is higher than the Hassan II mosque in Casablanca, Morocco. The giant mosque is expected to be ready by the end of 2015.

Theologian, philosopher and church father Aurelius Augustinus, of Berber descent, also known as Augustine of Hippo or Saint Augustine, was born in 354 in Thagaste, which is now Souk-Ahras in the far northeast of Algeria. As Bishop of Hippo Regius, now Annaba, he died in 430. Augustine is one of the most important figures of Western Christianity and a Catholic and Anglican saint. To the Protestants, he is one of the theological fathers of the Reformation. At the age of 17 he was sent by his parents, his mother was the devout Saint Monica of Hippo, to Carthage to study philosophy and rhetoric. 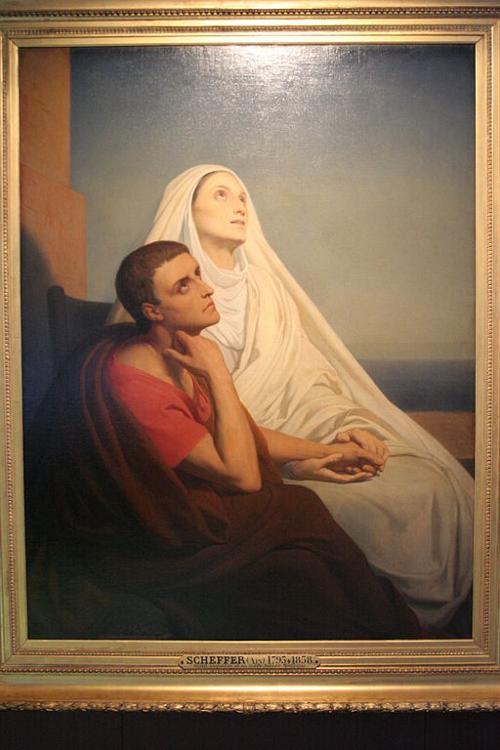 Saint Augustine together with his mother, Saint Monica of Hippo (ca. 333-387)Photo: Johann Dréo CC 2.0 Generic no changes made

At that time he was not yet a Christian, which only happened after he left for Rome in 383 to continue his studies. In 384 he was appointed oratory at the court of Milan, in 386 he converted to Christianity and in 387 he was baptized by Ambrose, the bishop of Milan. He was ordained a priest against his will in 391 and auxiliary bishop of Hippo Regius in 395. From 396 until his death in 430 he was bishop of Hippo Regius.

His writings and ideas had a profound influence on Western philosophy and theology. He also said that the Bible should not be interpreted literally if there was scientific evidence to the contrary. He has many publications to his name and in 2008 six more sermons of his were found in a manuscript from the 12th century in the university library of Erfurt. Before that time he had a very nuanced image of the Jews and stamped them as pioneers of Christianity. Theologians such as Thomas Aquinas and John Calvin are strongly influenced by the works of Augustine, and philosophers such as Immanuael Kant, Arthur Schopenhauer and Friedrich Nietzsche elaborated on his ideas about the human will. The Roman Catholic Church celebrates its feast day on August 28, the Eastern Orthodox Church on June 15. 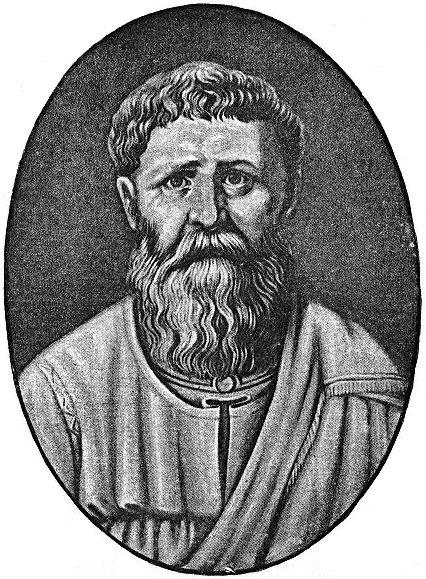