After years of negative growth, partly as a result of the crippling effect of violence on daily life, prospects improved from 1994. An agreement in 1994 with the IMF and the World Bank brought together a program of loans and a structural adjustment program, to which the European Union has also contributed. Furthermore, a debt settlement was introduced with the Club of Paris which significantly eased the budgetary pressure of debt service. The transition to a market economy has worsened the labor market. Many unemployed people seek refuge in the informal ‘black’ economy. 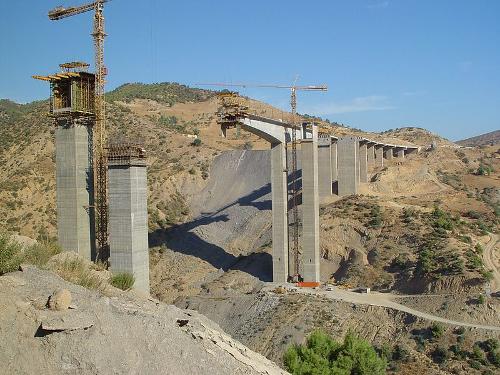 The current government program emphasizes the need for economic growth and integration into the world economy, which must be achieved by encouraging (foreign) investment and implementing a privatization and liberalization program. To this end, negotiations with a view to accession to the WTO were intensified, a tariff dismantling program was initiated and an association agreement concluded with the European Union. After the upheaval, long-term economic challenges include diversification of the economy, strengthening the private sector, attracting foreign investment and ensuring adequate jobs for younger Algerians. The gross domestic product per capita of the Algerian population was $15,000 in 2017. All economic sectors grew during that period with the exception of the oil and natural gas sector, where production has decreased since 2006. Infrastructure development and agriculture, two major segments of the non-oil economy, were major contributors to GDP growth. Inflation, which rose to almost 9% in 2012 due to an expansionary fiscal policy, has since fallen to 5.5% in 2017
The rapid decline in oil production and exports has resulted in a reduction in the budget surplus and if it continues, will have serious budgetary implications. Despite this, the economy remains highly dependent on the oil sector, which still accounts for about a third of gross domestic product and 98% of exports. It is remarkable that domestic energy consumption is increasing while oil production is decreasing. 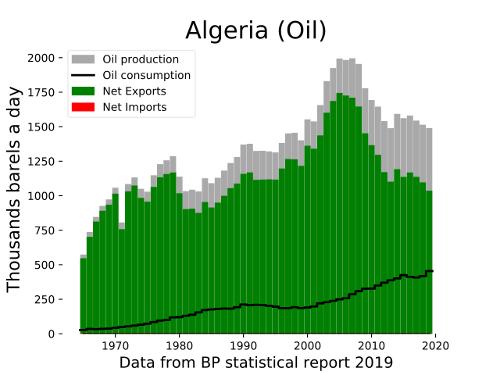 The entire oil and natural gas scene in Algeria has been nationalized for decades and has been transferred to the multinational SONATRACH (SociétéNationale pour la Recherche, la Production, le Transport, la Transformation, et la Commercialization des Hydrocarbures spa). Sonatrach is the largest company in Algeria and Africa with 2010 sales of more than $ 56 billion and is one of the top 15 largest oil and gas companies in the world. SONATRACH also operates concessions in Yemen, Libya, Mauritania, Peru and Venezuela and is also active in petrochemicals and seawater desalination.

Besides oil and natural gas, dates are Algeria's main export product, a bad sign that the non-oil related parts of the economy are not very much. Foods are also widely imported, and many Algerians are largely dependent on money sent to Algeria by relatives abroad.

Only one fifth of the land area is used for agriculture, especially pastureland and only 3% as arable land. Northwest Algeria has the best agricultural land, especially around the town of Tlemcen, which made it the capital of the Maghreb in the 14th century. This region is also known for its vineyards, and this is where the French started producing wines. The best wines were produced around Tlemcen and south of Oran. 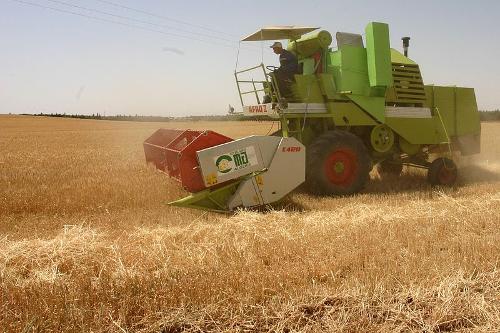 Harvest with a combined harvester in AlgeriaPhoto: Magharebia CC 2.0 Generic no changes made

Since the end of World War II, Algeria has started to search systematically and with great success for mineral resources. Iron ore was found at Tindouf (Southwest Algeria) and Oueza (Northeast Algeria), coals in the vicinity of Béchar (Western Algeria). Large deposits of phosphate are located at Tebessa (Northeast Algeria), near the border with Tunisia. Zinc, lead and manganese were also found in the Ahaggar Mountains, uranium, platinum, gold and tungsten.

Algeria's troubled economic state has made the informal economy increasingly important to the country and its inhabitants. It is estimated that tens of percent of the working population is already employed in the informal economy, independently or in small businesses. A commonly used method of trading outside the regular market is 'trabendo', where trade is smuggled from other countries, often France, to Algeria and traded there on the black market. 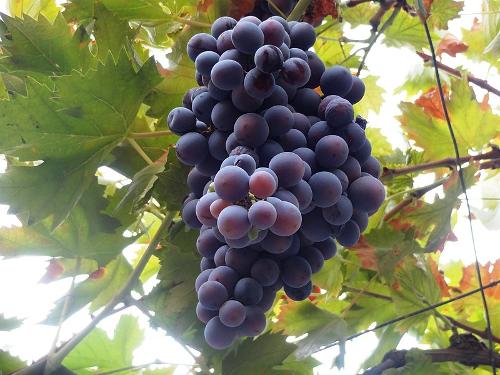 Bunch of grapes AlgeriaPhoto: Galxyz27 CC 4.0 International no changes made

Surprising for an Islamic country is the fact that Algeria (has) produced some excellent wines. In fact, Algeria is one of the oldest wine-producing countries in the world and was introduced by the Berbers even before the arrival of the Romans. Phoenicians, Greeks and Romans increased the acreage further and under Spanish and Turkish rule more grape varieties were imported. Under the French, the winery grew into an economically valuable activity. In 1938 there was an area of vineyards of 400,000 ha producing 1.5 billion liters of wine annually and Algeria was one of the largest wine exporters in the world at the time. 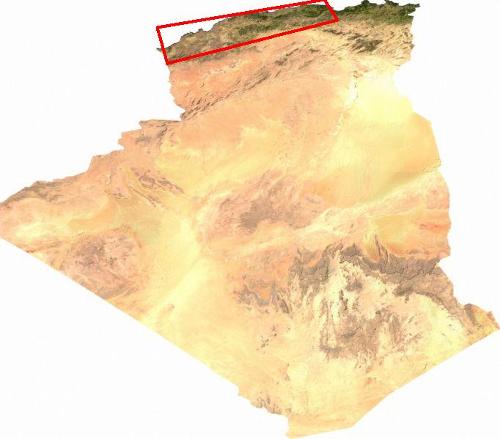 Of this large area, only about 70,000 hectares are now left, almost exclusively in the fertile coastline on the Mediterranean Sea. The main wine regions, even today, are Ain-Bessem-Bouira, Coteaux du Zaccar, Médéa, Dahra, Monts du Tessala, Coteaux de Tlemcen and Coteaux de Mascara. After independence, production collapsed and not much was left in the civil war. Now attempts are being made to revive viticulture, not only with state-controlled companies, but also by private winegrowers. The most appreciated and popular wine was the Coteaux de Mascara.