As the largest country on the Mediterranean and the largest country in Africa, Algeria still has large parts of the country that are virtually undiscovered, both in the spectacular coastal region and in the Sahara. Here one can still experience the traditional culture of different peoples. Algeria also has the most beautiful Roman sites outside Europe, the Sahara, therapeutic heat sources, beautiful folk art and opportunities for mountain climbing. The unrest in the country and the inadequate tourism infrastructure have been negative for the development of tourism. Yet the country's basic infrastructure is such that tourism can become a more important part of the economy than it is today. Algeria has about 130 airports, of which more than 50 international, railways with a length of about 15,000 km and more than 2,000 stations, more than 70 ports and about 200,000 km of paved roads. Most tourists come from France and the neighboring country Tunisia. 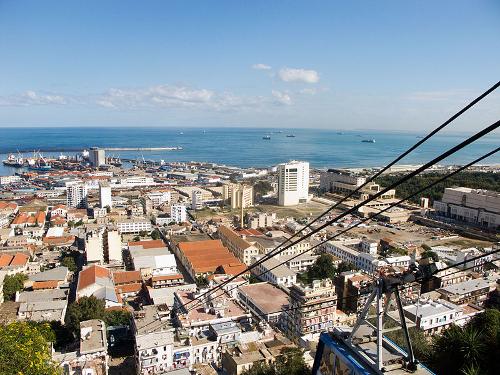 The approx. 1000 km long coast has many extensive beaches, the capital Algiers has a nice mix of traditional and modern aspects, there are green hills and in the mountains you can even ski in winter. West of Algiers lies the Turko coast with the seaside resorts Oran and Tipasa. As a former colony of France, the European influences are still clearly noticeable, but Algeria also has several monuments and (inner) cities on the World Heritage List of UNESCO, such as Al Qal ' a of Beni Hammad, the ruins of the first capital of the Hammadids, the 'kasbah' of Algiers, Dj émila, the ruins of a Roman city, and Tassili n'Ajjer, a plateau with many prehistoric cave art, ca. 15,000 cave drawings and engravings, which are among the most important in the world. The images, taken between 7000-6000 BC, show the evolution of humans and animals in this part of the Sahara, which was still green and fertile at the time. 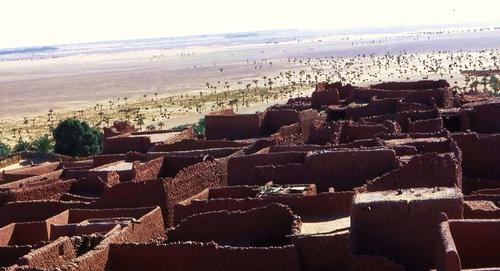 Timimoun is a beautiful example of an oasis town and In Salah is special because the town is split in two by a 'walking' sand dune. It is best to travel between large cities by plane or train, traveling on your own is strongly discouraged for the time being. In the cities it is advisable to use a taxi. The road network in the north is well developed, in the south large parts of the country are hardly accessible for the average tourist. Ajjer and information about the geology, plants and animals of the Sahara.