The Head of State of Abu Dhabi is the Federal Head of State of the UAE. He presides over the Supreme Council, which is made up of the heads of state of the seven emirates and is the highest authority in the federation by virtue of the constitution finally adopted in 1971 and dated in 1971. The center of gravity of power rests in Abu Dhabi. The country has had two female ministers since 2004: for economic affairs and for social affairs.

At the federal level, government policy is also largely influenced by the ruler of Abu Dhabi and his family. Foreign policy and education in particular are federal affairs. Many of the other policy areas have a shared responsibility. The Federal Council of Ministers is made up of representatives from the different emirates. This includes the Supreme Court and the Federal National Council (FNC). The officers are appointed by the local authorities. Abu Dhabi city is the capital of the United Arab Emirates.

The United Arab Emirates is a country where Islam and Arab identity are at the forefront. However, the country is averse to fundamentalism and tries to establish a tolerant and liberal society. It may be attributed to President Sheikh Zayed's personal credit that the federation has remained politically united and has become an economic success.

Traditionally, there has been fierce political competition between the various tribal societies, while the economic disparities between oil-rich Abu Dhabi and the smaller dependent emirates have only grown in recent decades. However, there is currently a tendency to be observed that points to further economic and also political integration. The current political situation is described in the chapter history.

In 1976, the first Abu Dhabi University was opened not in Abu Dhabi City, but in Al Ayn. In the first year, approximately 500 students studied at the United Arab Emirates University in four faculties. In 2014 the number of emirati and international students had grown to 14,000 and the number of faculties is now nine. Of those 14,000, the vast majority are women, as many male students study abroad. 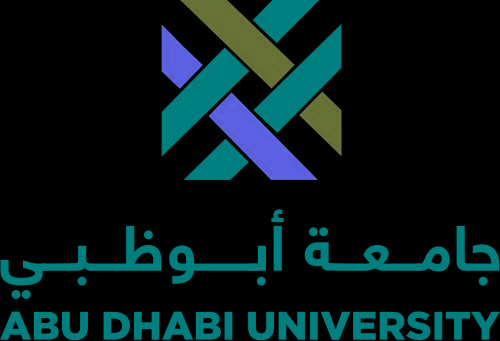 In February 2015, it was announced that two universities from Abu Dhabi are in the new ranking of best universities in the Arab world. The United Arab Emirates University was ranked 11th, the Petroleum Institute Abu Dhabi 20th.

Expats with school-aged children can choose from many private schools. Many companies pay the high costs and reserve places in these schools for future expats in advance. Arabic language is compulsory and Muslim students are expected to take Islamic classes. There is no shortage of day-care centers (nurseries and pre-schools), especially for children aged 12-24 months to 5 years. Some nurseries can accommodate babies from three months old.

Public schools in the United Arab Emirates are generally of a much lower quality than private schools. A 2007 report showed that of the 750 schools, approximately 60% were below the level. One of the biggest complaints was that there were hardly any opportunities to give proper gym classes. Schools built before 2000 had no facilities at all. Many school buildings are over thirty years old and either need to be replaced or thoroughly refurbished. 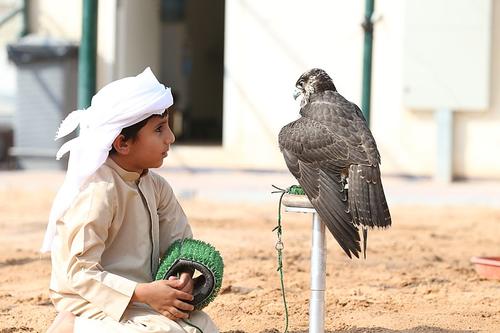 Falconry is hunting with game birds, especially falcons, on other animals. This particular type of hunting has been practiced in the United Arab Emirates for centuries and today is more of a sport than a food gathering opportunity. The natural prey for falcons are rabbits, birds and other small desert animals. Falcons can be bought in markets or caught as they migrate south to hibernate. The trick is to teach the falcon to bring the killed prey to the hunter. Falconry as a sport is mainly practiced in the somewhat cooler period, from the beginning of October to the end of March.

The almost mythical status of the falcon in Arab culture is confirmed by the presence of the largest falcon clinic in the world since 1999, treating injured or sick 'patients' from all over the region. In the first fourteen years of the clinic's existence, 67,000 falcons were treated, many from the United Arab Emirates, but also more and more from countries such as Saudi Arabia, Qatar, Kuwait and Bahrain. Here you can also visit a falcon museum.

Until the discovery of the oil, pearl diving was an important economic activity in the United Arab Emirates and therefore also in Abu Dhabi in the 19th century. Yet, despite the income, people were afraid when the pearl diving season started again, because it was a very hard existence. The season started in the scorching summer, because the warm seawater during that period prevented sharks and other large predatory fish, which prefer colder, more fish-rich water, from attacking the divers. They also suffered from poisonous jellyfish and a working day could easily take twelve hours, with only short breaks.

At the end of the 19th century, Abu Dhabi had more than 400 boats, the largest fleet of the so-called Trucial States, the sheikdoms that would later form the United Arab Emirates. Sharjah at the time had 360, Dubai 335, Umm Al-Quwain 70, Ras Al-Khaimah 57 and Ajman 40. The small boats, actually only suitable for six or seven divers, were overcrowded by up to 20 at the start of the season and also loaded with provisions for at least four months, for that was the time the divers stayed at sea.