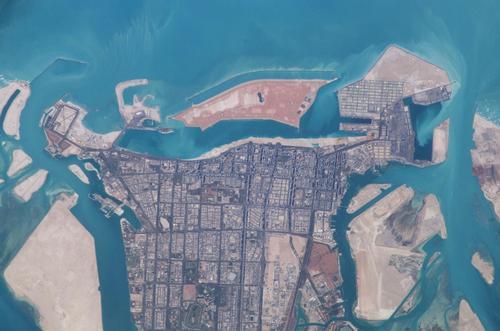 Abu Dhabi is an emirate and belongs to the United Arab Emirates along with the emirates Ajman, Dubai, Fujairah, Ras Al Khaimah, Sharjah and Umm Al Quwain. South of Abu Dhabi is Saudi Arabia and on east it borders Oman. The emirate is bordered to the northeast by the Emirate of Dubai and to the north by the Persian Gulf.

Abu Dhabi is by far the largest of the seven emirates or city-states. The emirate has an area of 67,340 km², which covers about 80% of the area of the total United Arab Emirates. The coastline, which runs from the eastern border of Dubai to the western border of Saudi Arabia, is approximately 400 km long. 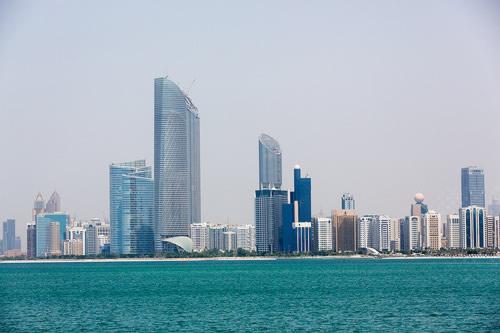 Nearly 200, mostly uninhabited islands off the coast of Abu Dhabi, often protected natural areas due to the presence of endangered bird species, fall within the territory of the emirate. Das Island, home to one of the largest offshore oil fields, is located 170 kilometers northwest of Abu Dhabi city, Mumbraz and the Bani Yas are approximately 180 kilometers west of the capital. Also west of Abu Dhabi city is the small archipelago Desert Islands with Sir Bani Yas as its main island. Other islands include Lulu (artificial island), Al Futaisi, Horseshoe, Cut and Bahraini and Dalma, a fertile island, once one of the most important pearl diving centers and one of the oldest sites of date palm culture. 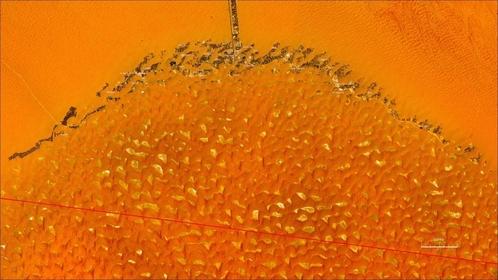 Desert area covers 70 percent of Abu Dhabi's land area. The Rub-al-Khali Desert, or the 'Empty Quarter', covers much of Abu Dhabi and parts of Oman, Yemen and Saudi Arabia. With a total area of approximately 650,000 km2, it is the largest sandy desert and also one of the driest deserts in the world.

In the Rub-al-Khali Desert, 100 km south of the Persian Gulf and 150 km from Abu Dhabi, lies the great Liwa Oasis. In this arc-shaped chain of about 50 oasis villages lie the most southerly places of Abu Dhabi and the United Arab Emirates, whereby Muzayri is the most important.

At the beautiful, palatial Emirates Palace hotel, is a 1.3 km long sandy beach with white sand imported from Algeria. Near the oasis is the 1,600-meter-long Moreeb sand dune, about 300 meters high, making it one of the highest in the world. Just south of Al Ayn is Abu Dhabi's highest mountain and one of the highest mountains in the United Arab Emirates, Jebel Hafeet (1249 m).

Off the coast of Abu Dhabi, where there are many coral reefs, there is a lot of investment in the island of Saadiyat, which will have to house 150,000 people and become the cultural center of Abu Dhabi, including Abu Dhabi Louvre and Abu Dhabi Guggenheim.

Along the coast, west of Abu Dhabi city, there are extensive salt plains, the 'sabkhas'. The large oil fields lie more than 200 km inland from Abu Dhabi.