Although the diversity of flora and fauna in the United Arab Emirates is not as great as in some other parts of the world, a number of plant and animal species has managed to adapt to the harsh climatic conditions, sometimes with human help. For example, the municipality of Abu Dhabi City has started an extensive green program, which makes it look very colorful and bright with grass, palm trees and flowers along the roads and streets of Abu Dhabi. A special team of green workers ensures that everything that grows and blooms is watered 24 hours a day. This team is also responsible for many parks that are located in Abu Dhabi city. 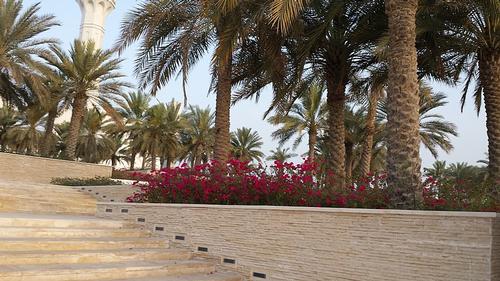 There are about 3,500 species of trees, plants and flowers in the United Arab Emirates. This is surprisingly high given the high salinity in the soil and the harsh climatic environment. The most famous appearance is of course the date palm, which is everywhere. In the mountainous areas, acacias and grasses create a landscape somewhat resembling an African savanna. There are a number of oases in the desert, which show a green appearance even in the extremely dry summer months. 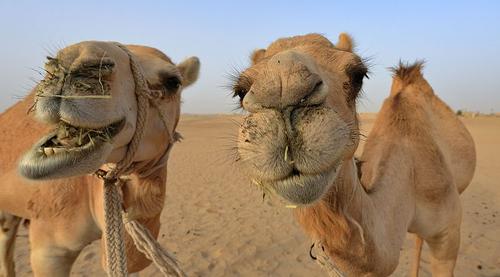 Native fauna includes the Arabian leopard and the Nubian ibex, but the chance to spot these animals is next to impossible. Realistically, the only large mammals to be seen anywhere are camels, dromedaries or Arabian camels, and goats. There are also sand dune or sand cats, Rüppells fox or Rüppells sand fox, Cape or desert hares, gerbils, hedgehogs, snakes and geckos (amongst others Persian wonder gecko and Doria's comb-fingered gecko or Middle Eastern short-fingered gecko) living in the desert. 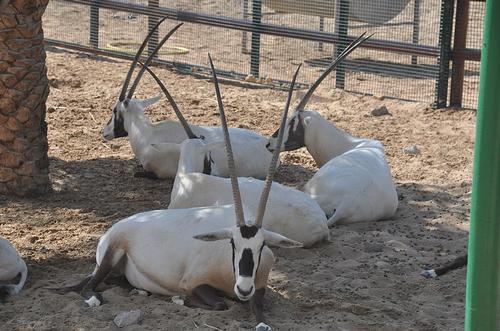 A small archipelago off the coast of Abu Dhabi, Bu Tinah has a rich natural habitat of coral, seagrass, mangroves, flamingos, dolphins, turtles and manatees. Because of this unique combination, Bu Tinah has been nominated as a natural wonder of the world.

White Tiger in the zooPhoto: Pelican CC 2.0 Generic no changes made

The Abu Dhabi Zoo has an international reputation for protecting and breeding endangered species, including the wildly extinct scimitar oryx, the Arabian or white oryx, the addax or or white antelope, the the sand or sand dune cat, the white tiger, an only in zoos living version of the Bengal tiger, and the rare Arabian leopard.

Off the coast of Abu Dhabi, the sea is home to a rich variety of life, including tropical fish, jellyfish, coral, the dugong or manatee, and sharks. Eight whale and seven dolphin species have been sighted in the waters of the United Arab Emirates. In addition, turtle species such as the loggerhead turtle, the 'real' hawksbill turtle and the green sea turtle or green turtle. Common reptiles are the Egyptian spiny-tailed lizard, thorny devil or dragon, the sand viper, the saw-scaled viper and the false cobra. A special animal, like a jumping kangaroo, is the Baluchistan pygmy jerboa. 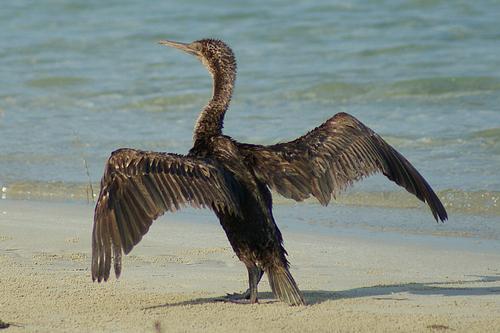 Recent studies have shown that the number of spotted bird species is increasing every year, probably as a result of the many green activities started in Abu Dhabi. The United Arab Emirates is on a migratory bird route between Central Asia and East Africa. But Al Bathba, located south of Abu Dhabi city, is also a resting place for many migratory birds. Abu Dhabi is therefore attracting more and more bird watchers and ornithologists, as birds settling here are not often seen in Europe or the Middle East. About 80 bird species breed in Abu Dhabi, more than 350 species are migratory birds.

In July 2019, 398 bird species were counted in Abu Dhabi, whereby 18 were endangered species and 13 were added.