The Western Ghats have the greatest diversity of plants, and here we still find real pieces of jungle. The vegetation here always remains green interspersed with sugar cane. On the lower slopes of the Ghats, we find laterite semievergreen that overflows into savannah-like vegetation. 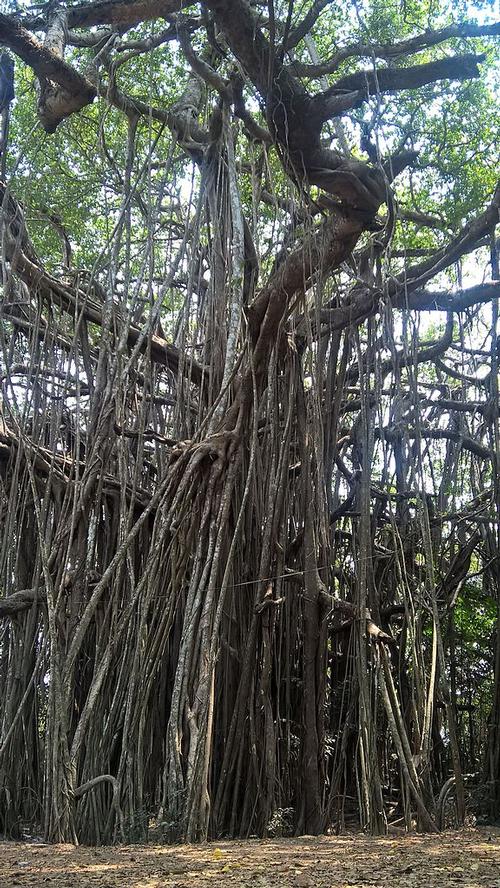 In the Midland region, the top soil layer is too thin and barren, which is why we find most grass and scrub here. The small valleys between the hills are very fertile and a lot of fruit and herbs are grown here. The deliciously scented Indian laburnum and bougainvillea are common. The banyan tree is very special and covers a large area with its aerial roots. On the slopes of the Western Ghats are bamboo forests whose trunks are used in construction. 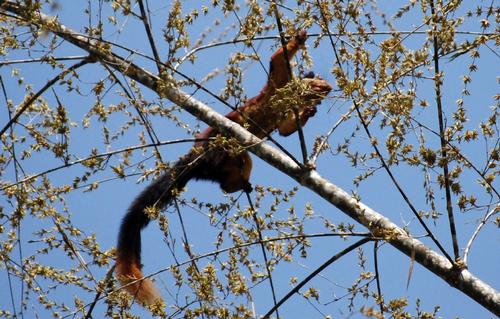 Large mammals such as leopards, sloth bears and elephants are actually only found in the national parks. The same goes for some species of monkeys such as the langur and the bonnet macaque. In the national parks we also find deer like the axis deer or chital and the sambar, the largest deer in India. The gaur, a bovine, can grow two meters high and weigh around 1000 kg.

In addition to the common squirrel, giant squirrels live in the Mollemreserve that can grow up to one meter long (including tail). The only flying mammal, the flying dog, is quite common. The slender lorikeet can sometimes be seen in the dense forests of Molem and Canacona. The plump lorikeet is rarer. Also common are mongooses, otters and civets. Jackals, striped hyenas and wild dogs are much less common. Dolphins are regularly spotted along the coast. Annoying animals for agriculture are the Indian porcupine and the wild boar. Quite rare is the pangolin, an ant-eating armadillo. 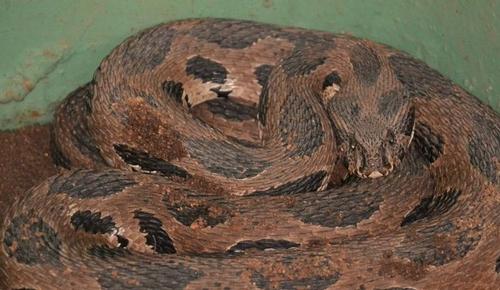 Goa is a true snake paradise. A dangerous guest is the venomous Russell's viper. Poisonous species are not very common, but famous and infamous are of course the cobras of which the king cobra is the largest and the most dangerous. Even more poisonous are the Indian krait and the coral snake. Special is the husada, a sea snake that is very poisonous but never violates humans. Other non-venomous snakes are the blind snake, the torava and the Indian python that can grow up to 4.5 meters long, the Indian wart snake, the Indian rat snake and the golden tree snake.

Scorpions along the beaches can sting. The gecko, on the other hand, is a harmless insectivore. Because of their shape and color, the praying mantis and the stick insect are hardly noticeable. On Chorao Island, the mud-jumper occurs that can breathe through both gills and lungs. Two types of crocodiles still live in Goa. The monitor lizard is almost extinct. Freshwater turtles can be found throughout the state, and sea turtles still lay their eggs on Goa's beaches. Increasing tourism threatens the future of these animals. 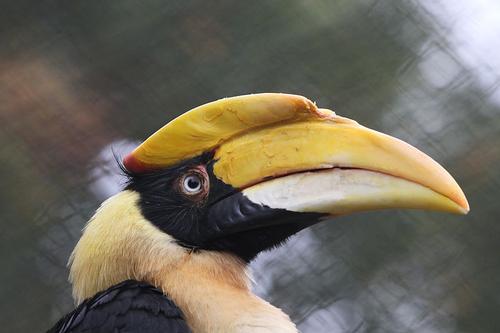 Bird lovers imagine themselves in seventh heaven in Goa because of the very rich bird population. At least 200 species live in this small part of the gigantic India. There are several species of kingfishers, of which the white-throated kingfisher is one of the most beautiful. Another beautiful bird is the purple coot. Cattle herons, reef herons and egrets are common. The large Bengal vulture is a scavenger. The white-bellied sea eagle is the most special of the four species of eagles. Other birds of prey are buzzards, kestrels, kites, harriers and ospreys.

In the villages and towns between the houses live crows, sparrows, swallows and bulbul. Just outside the inhabited areas and on the open plains live bee-eaters, drongos, squeakers, wagtails and hops. Furthermore, ratites such as plovers, moorhens and coots. Most birds live in the forests, although they are often difficult to see. At least they can be heard, such as the woodpeckers, bearded birds and the Indian cool with his very penetrating screams. The many fruit trees in Goa are a paradise for pigeons, large groups of parrots, cuckoo shrike and myna. The most special bird that occurs in Goa is the grotesque hornbill. Always looking for food are the tiny cutter birds, the flycatchers and garden warblers.

The largest butterfly in India is also found in Goa as well as the largest moth in the world, the Atlas moth.