The most important element of the Goan climate is the monsoon season, which lasts from June to September. During this period almost the entire annual amount of precipitation falls; the rest of the year it is practically dry. Two months before the (southwest) monsoon erupts, the humidity rises sharply and the normally blue sky becomes hazy and cloudy. The period just before the start of the monsoon is characterized by strong winds and a lot of thunder. 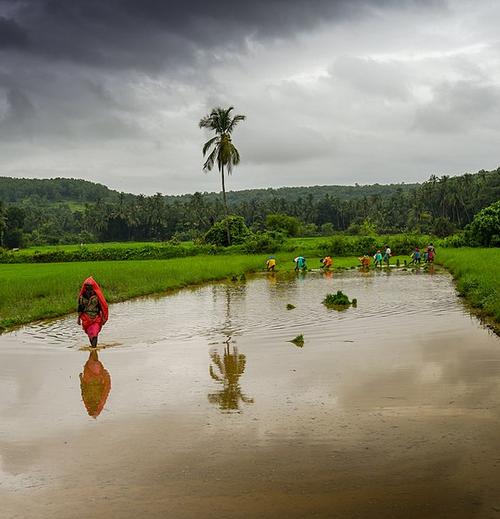 Monsoon clouds over GoaPhoto:Rajarshi MITRA CC 2.0 Generic no changes made