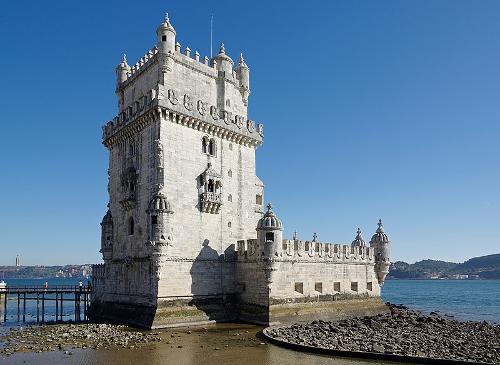 Santa Maria de Belém is home to the World Heritage Sites of the Hihi Ronymite Monastery Mosteiro dos Jerónimos and the Torre de Belém. The explorer Vasco de Gama, among others, is buried in the monastery. 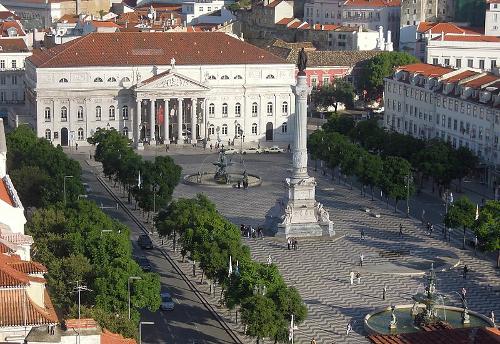 Rossio Square in LisbonPhoto: Güldemüstün CC 2.0 Generic no changes made

Baixa, the "lower town", is the center of Lisbon. Here is the Rossio, the main square of the city for centuries. Praça dos Restauradores is almost attached to Rossio's main square. On the very large square Praça do Comércio, located on the Tagus, was the royal residence until Portugal became a republic in 1910. The Bairro Alto district, west of the Baixa, has many restaurants and nightlife options. The neighborhood, about thirty meters higher, can be reached from the center with the Elevador de Santa Justa. This lift was designed by a student of Gustave Eiffel in the neo-Gothic style from around 1900. 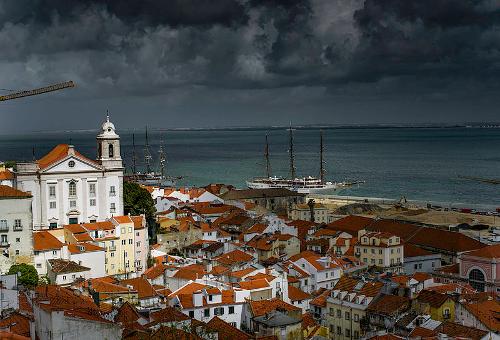 Alfama in LisbonPhoto: Jimmy Baikovicius CC 2.0 Generic no changes made

To the east of the center is the Alfama, an old working-class district. With its many steep streets, stairs and alleys, it is an important attraction. Several fado houses can be found in Alfama. These are small restaurants where traditional fado is performed. In this fado neighborhoods such as Alfama, Bairro Alto and Mouraria, but also Lisbon and Portugal are frequently sung about. Tram line 28 meanders through the district, on which very old tram equipment runs. This tram line is often used by tourists, but is also still important for opening up the district. The city's best known and oldest church, Lisbon Cathedral, is also here. 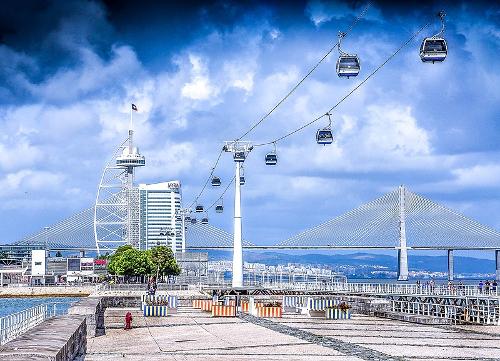 A few kilometers east of the center is the "new center" on the exhibition grounds: the Parque das Nações known from Expo '98. These include the Oceanário de Lisboa, an aquarium, the Vasco da Gama shopping center, the Vasco da Gama Tower, a funicular and the Gare do Oriente train station.
The city also has two bridges worth seeing. The Ponte 25 de Abril, named after the 1974 Carnation Revolution, connects Lisbon with the Outra Banda, the south bank of the Tagus. The design is based on that of the Golden Gate Bridge in San Francisco. There is also the new bridge over the Tagus: the 17-kilometer Vasco da Gama bridge. 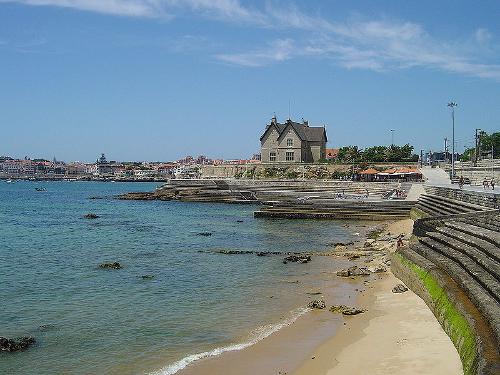 Cascais is a less luxurious seaside resort but very cozy, it was originally a fishing village, now Cascais and Estoril merge. Estoril is a residential area half an hour from Lisbon, the nightlife is located around the casino.
Costa de Caparica, this is a fishing village 20 kilometers south of Lisbon. The Lisbon beach area has a typical Portuguese atmosphere. Other seaside resorts out there are Sesimbra (40 kilometers south of Lisbon) and Ericeira (50 kilometers north of Lisbon). 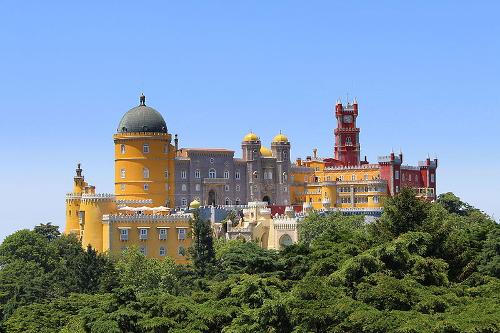