Remains of a roman theater in lisbonPhoto: Adam Jones CC 2.0 Generic no changes made

According to legend, Lisbon was founded by the Greek hero Odysseus on his long journey home, the Odyssey. Around 1200 BC. a Phoenician trading post was created. Around 200 BC. the city was conquered by the Romans. When the Roman Empire fell, the city fell into the hands of peoples from the north and fell into disrepair. 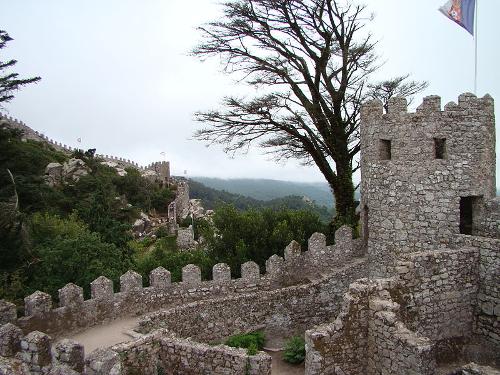 Moorish Castle in Sintra 25 kilometers from lissabbonPhoto: Lacobrigo CC 3.0 Unported no changes made

Among the Muslims, who invaded around 714, the city flourished and became an important trading center again. The town's name was al-Ushbuna or al-Ishbunah. During a raid in 798, Alfonso II of Asturias fell. entered the city, but was unable to keep it. The Umayyads of Andalusia took town on a rebellious Muslim, Tumlus in 809. In 955, it was Ordoño III of León who sacked Lisbon and imposed peace on Caliph Abd-ar-Rahman III. From 1022, Lisbon formed the independent Taifa of Lisbon. Raymond of Burgundy, heir to Galicia, entered Santarém and Lisbon in 1093. Yusuf ibn Tashfin Emir of the Almoravids from Morocco recaptured the city in 1094. In 1111 it was again the Almoravids, now under Sir ibn Abi Bakr, who took Lisbon and Santarém.

King Alfonso I of PortugalPhoto: RickMorais CC 4.0 International no changes made

King Alfonso I of Portugal, who had proclaimed himself the first king of the initially smaller Portugal in 1139, conquered Lisbon on October 21, 1147, after a failed attack in 1140, with help from the crusader Gilbert of Hastings, among others. The siege lasted 17 weeks and the Muslims eventually vomited from hunger. The Christians staged a true massacre among the residents (154,000) of al-Ushbuna, making little distinction between Christians and Muslims. For example, the 'bishop' of the city, along with a delegation of other Christian and Muslim leaders, was also murdered by the Crusaders. The remaining Muslims were given a free retreat and, along with al-Ushbuna, also left al-Ma'din (Almada) on the south bank of the Tagus. 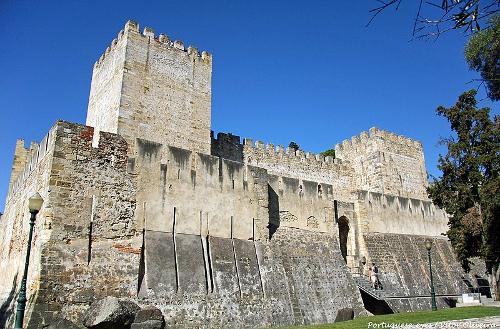 Castelo de São Jorge in LisbonPhoto: Vitor Oliveira CC 2.0 Generic no changes made
Alfonso I then had an existing fortress on a hill converted into a royal palace. The Castelo de São Jorge fulfilled this role until the early 16th century. The cathedral where Hastings was the first bishop of Lisbon, was also built. The seat moved from Coimbra and Lisbon became the capital of Portugal in 1255.
The city developed strongly, both economically and culturally; For example, in 1290 the University of Lisbon was founded which later moved to Coimbra and is still standing today. With Vasco da Gama's discovery of the sea route to India, around 1500, the Portuguese Golden Age began. King Manuel I had the Mosteiro dos Jerónimos built after Da Gama's return.

On November 1, 1755, the city hit by a major earthquake (better known as the Lisbon earthquake). The many deaths, 15,000 according to some sources, were caused not only by collapses, but also by fires and high waves from the river. Reconstruction began under the pragmatic prime minister, the later Marques of Pombal. His influence is reflected in the austere street plan of the south of the Baixa district. The 20th century dictator António de Oliveira Salazar also modernized the city. In 1998 Lisbon hosted the Expo '98 World Exhibition.

See also the history of Portugal on TheWorldOfInfo.