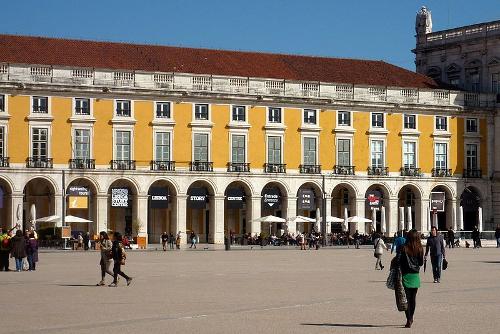 Portuguese stroll in a square in LisbonPhoto: Muffin CC 2.0 Generic no changes made

The population of the area including the city of Lisbon is almost 3 million. (2013 census). Many Portuguese citizens live abroad, mostly for economic reasons. Following the decolonization of Angola and Mozambique, hundreds of thousands of so-called retornado have returned to the mother country. Some of them have emigrated to Brazil after some time.

The official language is Portuguese. Portuguese is a Romance language and is closely related to Spanish. However, the pronunciation is very different. Portuguese has a unique sound and is immediately recognizable. Anyone who has ever listened to Fado music will recognize both the raw and melancholic of this language. Portuguese is a global language and is spoken by more than 160 million people, especially in Brazil. that is archaic in pronunciation and vocabulary than the language spoken in Portugal. In terms of sentence structure, on the other hand, it is more modern. Due to the many influences of other languages, Brazilian Portuguese has about 10,000 words more than Portuguese in Portugal. Church of the holy cross in Braga, PortugalPhoto: Jose Goncalves CC 3.0 Unported no changes made Portugal has a tradition of Marian worship, the most famous religious cult in Portugal is the alleged apparition of the Virgin Mary to three children in Cova da Iria, in the village of Fátima, in 1917. The apparition of the Heavenly Mother in this small village in the district of Santarém has led hundreds of thousands of pilgrims to visit the Shrine of Our Lady of Fátima every year, many in hopes of a cure.