BOSNIA AND HERZEGOVINA
Vacations and Sightseeing 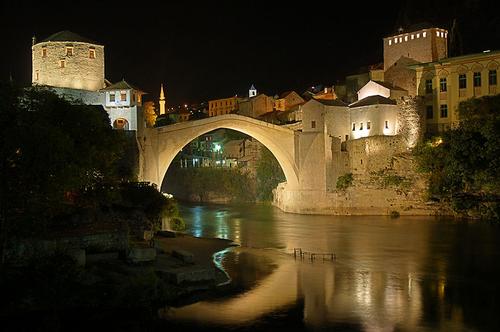 Mostar Stari Most Bosnia and HerzegovinaPhoto:BáthoryPéter CC 3.0 Unported no changes made

Bosnia-Herzegovina is not yet a holiday destination that attracts large numbers of tourists, but the country is becoming increasingly popular, because it has a lot to offer in terms of nature and culture. Winter sports enthusiasts can also go to Bosnia and Herzegovina, because there are plenty of modern winter sports facilities around the capital Sarajevo. But rafters, canoeists and mountain climbers also get their money's worth in Bosnia-Herzegovina.To the southeast of Ljubuski are the Kravica waterfalls, which plunge down a hundred meters wide. The Old Town of Mostar, consisting of pre-Ottoman, East Ottoman, Mediterranean and West European architectural features, and the Mostar Bridge (Stari Most) over the Neretva River, largely destroyed in the war but rebuilt, stand up the World Heritage List of UNESCO since 2005. Another bridge that has been included on the World Heritage List since 2007 is the one in the town of Visegrad, the Mehmed Paša Sokolovic Bridge over the river Drina. Sarajevo Bosnia and HerzegovinaPhoto:Bjoertvedt CC 3.0 Unported no changes made

The most special area of Sarajevo is the 15th-century old town Bašcaršija, the historical and cultural center of the city and therefore the main attraction of Sarajevo. The large 16th-century mosque Gazi Husrev Bey is special, and the oldest Orthodox Serbian church dates from the 14th century. You can ski just outside Sarajevo on the Olympic slopes of Jahorina and Bjelasnica; snowboarders can indulge themselves in the vicinity of Vlasic. 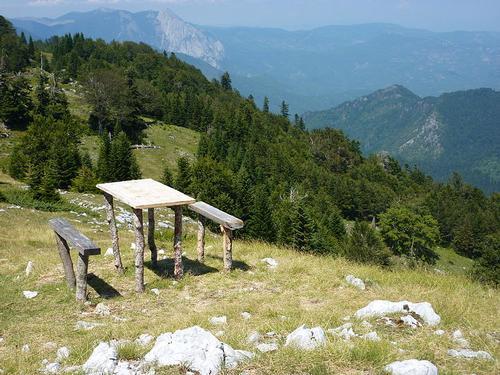 Sutjeska National Park is home to another of two European primeval forests, called Perucica. Other national parks are Kozara and the swampy Hutovo Blato. Kraljeva Sutjeska was one of the last places where the Bosnian kings resided and thus one bastion of Bosnian history, with a medieval fortress, a Franciscan monastery and one of the oldest mosques in the country.

Pocitelj has a stunningly beautiful oriental architecture and the city still has an Ottoman atmosphere. It is also special that the oldest artists' colony in Southeast Europe is located here. The most striking structure is the Sahat-kula, a fortress that towers high above the city. Located in the Serbian part of Bosnia and Herzegovina, Jajce was one of the last strongholds of the Bosnian kings before the Ottomans invaded in 1528; just outside the center of the town, a 22 meter high waterfall plunges into the Pliva River. Not far outside Jajce is the Pliva Lake District, one of the best places in the world for fly fishing.

Neum is a seaside resort on the Adriatic Sea, ideally located between the Croatian cities of Split and Dubrovnik, and the sheltered bay of Neum is not affected by strong sea winds. The Una is a beautiful river that forms a harmonious whole with people, fish, birds, willows, bridges and old mills. 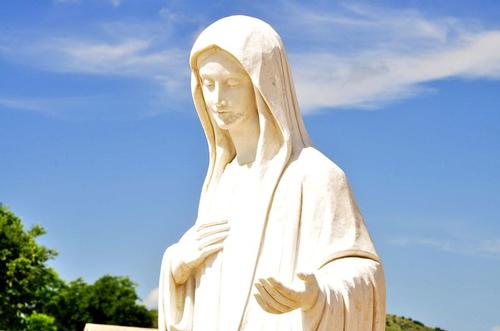 Medugorje has been a famous Roman Catholic pilgrimage site since a series of apparitions of Mary took place in 1981. One of the most famous buildings in Bosnia and Herzegovina is an old Turkish monastery near the town of Blagaj. Tvrdoš is a 15th-century Serbian Orthodox monastery near the town of Trebinje, where the original 4th-century Roman foundations can still be seen. Prusac is the largest Muslim pilgrimage site in Europe, pilgrims have been coming to the holy place Ajvatovica for more than 500 years.