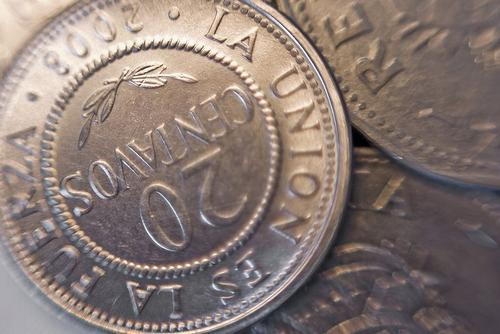 Bolivia has a poor infrastructure, no exit to the sea, an unbalanced social structure, poorly trained personnel and little investment in the country, both domestically and from abroad, all of which are, of course, obstacles to economic development. Measured by its very low gross national product (GDP) per capita ($ 7500 in 2017), Bolivia is one of the poorest countries in Latin America. External debt was $ 9.5 billion in 2017. 39% (2017) of the population lives below the poverty line.

Due to the loss of many jobs in the various economic sectors, employment in the informal sector has increased enormously. A growing part of the population earns money from street trading, cleaning shoes, selling lottery tickets, exchanging money and driving a taxi with their own car

The main sectors are the trade, transport and services sector. Agriculture is lagging far behind. Officially 4% of the labor force is unemployed, but in fact this figure will be much higher due to hidden unemployment, especially in rural areas. It is hoped that economic growth will pick up through, among other things, a new pipeline for the export of gas to Brazil. Furthermore, new natural gas fields are still being discovered. Bolivia is heavily dependent on development aid. 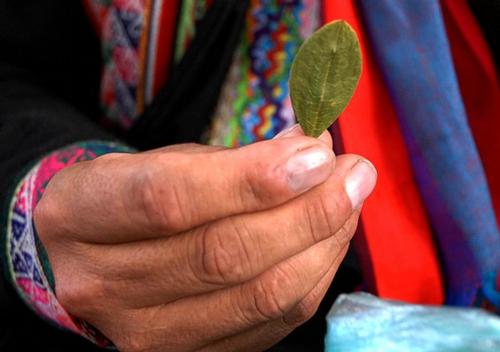 About 20% of the land area is in principle suitable for arable farming, but only 3% of this is in use. In the eastern plains, especially around Santa Cruz, we find large-scale, industrial agricultural projects designed to promote exports. There, half a million hectares of soybeans, wheat, barley, corn, sunflowers, rice, sugar cane and cotton are grown. The climatic conditions are so good there thatyou could harvest twice. However, it is not yet possible to get this off the ground.

Much is produced for own use in the mountain areas and on the plateau. Whatever remains is traded or bartered. Important agricultural areas are: the Altiplano, (potatoes, quinoa, barley and beans), the Yungas, the northeastern slope of the Cordilleras (wheat, corn, bananas, vegetables, citrus, coffee, cocoa and coca), the eastern Llanos (sugar cane , cotton and rice) and the tropical rainforest (woods, rubber and cinchona bark).

From the 1970s onwards, the coca traditionally grown by Indians has become the main agricultural crop. To meet the traditional need, the cultivation of coca is permitted by the government. However, coca production exceeds domestic demand many times over. The surplus is used to make cocaine. Approx. 300,000 people make a living by growing coca. Illegal trade accounts for about half of total exports. Still, people are looking at other ways to grow the coca, e.g. as a medicinal product. Attempts are also being made to replace coca plantations with lucrative fruit plantations. Bolivia is receiving support from the United States to reduce the area of coca. Farmers who participate in this are financially compensated.

Agriculture is generally at a low technological level and the high fragmentation of land ownership, especially on the Altiplano and in the valleys, is still a major problem. In addition, the mostly inadequate transport possibilities, soil erosion and extreme weather conditions stand in the way of further development of agriculture. Nevertheless, agriculture employs about 30% of the working population.

Livestock farming is becoming increasingly important, especially dairy production in the Cochabamba area; furthermore, sheep, vicuñas and other camelids are kept on the Altiplano as pack animals and for wool. Cattle and pigs are mainly kept in the Llanos. The department of Beni takes the cake with some 1.3 million head of cattle. Most of the meat production is destined for the domestic market, especially for the big citiesn.

Forestry supplies hardwood, rubber and cinchona. Forests cover approximately 45% of the total land area. Fishing on Lake Titicaca and some other lakes and rivers makes a small contribution to the food supply. Sea fish is imported from Peru and Chile.

Traditionally, mining was the basis of the Bolivian economy. Until 1979, Bolivia was the second largest tin producer in the world after Malaysia. From 1985 the world market price fell rapidly and tin production fell to a third. The obsolete Bolivian mines are no longer profitable due to their low productivity and the low tin content of the ore. The isolated location, the lack of a private harbor and the complicated extraction of minerals and minerals also meant that the extraction of silver and tin no longer paid off. Since 1985 many tin mines have been closed or privatized. In this case, privatization meant that a number of miners started working on their own account and thus thousands of small entrepreneurs emerged who started to extract tin, silver and gold. More than half of tin production comes from the mines south of Oruro; the Catavi mine near Llallagua is still the largest tin mine in the world.

Other important mineral resources are lead, zinc, copper, antimony, gold, silver, tungsten and bismuth. The state company COMIBOL, founded in 1952, exploited most of the deposits of other mineral ores in addition to the largest tin mines until the mid-1980s. Solid mineral exports are still the main source of foreign exchange. While mining is still the backbone of the Bolivian economy, only 5% of the workforce is mining.

There is also extraction of petroleum and natural gas. The main oil fields are in the area of Camiri and south of it to the border with Argentina. The state oil company YPFB has all oil extraction under its control. The main extraction site for natural gas is located at Yacuiba in southern Bolivia. Petroleum extraction has been greatly reduced in recent years due to depletion of reserves. The production is therefore hardly sufficient to meet domestic consumption. Natural gas extraction is more successful. Half of the annual production of is exported via pipelines to Argentina and Brazil. New large gas fields are still being discovered that will allow Bolivia to supply gas to Brazil for at least another 20 years.

The industry is still little developed, it is even the least developed in South America; most consumer durables must be imported. Through a coordinated industrial policy under the Andean Pact and through closer cooperation with Brazil, Bolivia is trying to offset the disadvantage of a small and poorly purchasing domestic market.

The main industrial activities are the food and beverage industry, smelters, metal industry and petroleum refineries. The main industrial centers are La Paz, Oruro, Santa Cruz and Cochabamba. The rather large energy reserves in the form of hydropower are still underused. Two thirds of the energy is provided by hydroelectric power plants. Large parts of the country still have no connection to the mains. 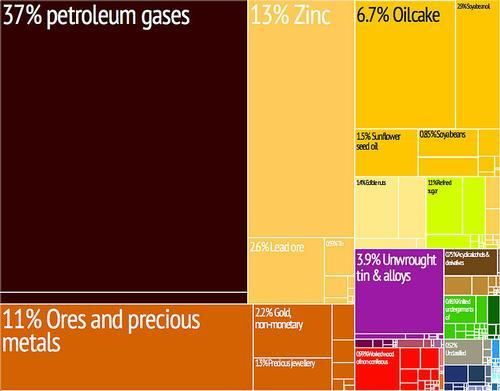 The export consists mainly of raw materials and some agricultural products. The main products are natural gas (37% of the total export value), minerals (48%), wood (3.4%) and coffee (2.1%). The (illegal) export of coca is about the same as the total legal export. The main buyers are the United States (mainly tin and other metals), Argentina (mainly natural gas), Great Britain, Peru and Colombia, mainly from machinery and other capital goods, consumer durables, raw materials and semi-finished products. In 2017, $ 9.3 billion worth of goods were imported. The main import partners are the United States, Japan, Brazil, Argentina, Chile and Peru. The import and export of goods is largely done through the ports of Arica and Antofagasta in Chile, Mollendo-Matarani in Peru and La Quiaca on the Bolivian-Argentinian border. 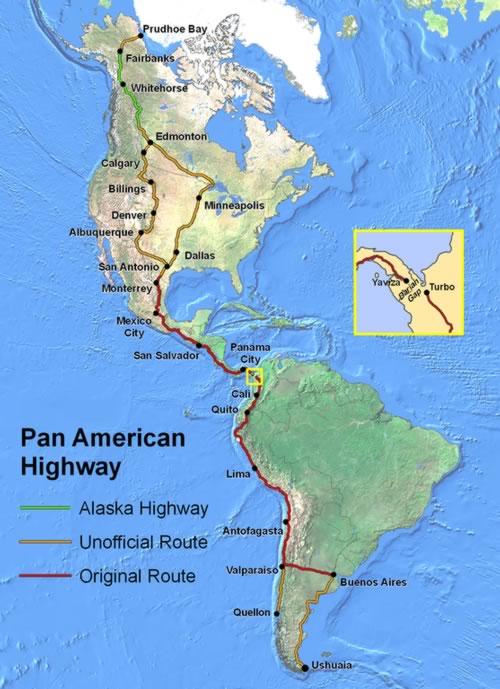 Inadequate transport options are a major problem in Bolivia's development; in many parts of the country, traditional transport by mule or llama is often the only option. The rail network - operated by the state since 1964 - consists of two separate networks, almost 3800 km long, connecting to ports in Chile, Peru, Argentina and Brazil. The “highland system” is especially important for the transportation of ores to the Pacific coast; the “lowland system” is very important for the opening up of the Oriente, the tropical areas. To connect these two networks, 480 km of new railways would have to be built. Due to the outdated railway network, delays of more than 24 hours are no exception.

Only a quarter of the more than 41,000 km long road network can be used in all weather conditions. The main road links are the road from Cochabamba to Santa Cruz and the partially paved section of the Panamerican Highway, which runs to the border with Argentina. In the 1970s, many access roads were built in connection with the opening up of the tropical regions. There is also a very extensive network of bus services.

Bolivia was one of the first countries in Latin America where the plane became an important means of transport. The national airline Lloyd Aéreo Boliviano (LAB) provides more than 40% of the domestic flights. The remainder of the market is served by a series of small airlines. La Paz International Airport (El Alto) is the highest civilian airport in the world (4085 m). Santa Cruz also has an international airport.

Inland navigation on Lake Titicaca is important for the connection with Peru. About 14,000 km of navigable rivers connect the north and east of Bolivia with the Amazon. The main rivers are Madre de Dios, Beni, Mamoré, Guaporé, Pilcomayo and Desaguadero. Seaports are allowed to use Bolivia in Argentina and Peru. Pipelines are of great importance for the transportation of oil and natural gas.