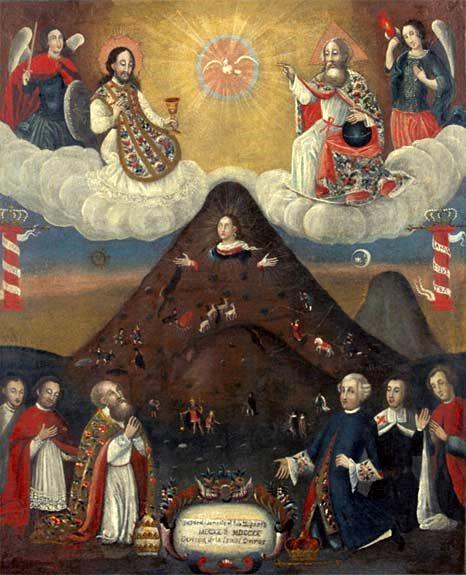 Religious freedom has existed since the early twentieth century, but it was not until 1961 that the church was officially separated from the state. About 95% of the population is Roman Catholic and about 1% is Protestant. The Indians mixed their own traditional pre-Columbian rituals with the Roman Catholic faith. The religious influence of Catholicism on daily life is still great, but its former important role in political life has largely disappeared.

Besides Catholicism and Protestantism, there are dozens of other faith movements and sects in Bolivia. In 1994 there were 64 different movements and sects active. The Bahai is the largest group, including Mormons, Baptists and Jehovahs. In addition to the Christian faith and sects, the traditional faith still exists, although the two are often intertwined. Animistic traits also still occur and mysterious powers are attributed to natural phenomena. Thus Mary is identified with Pachamama, the goddess Mother Earth.

The curandero or yatiri is a medicine man who still plays a big role in the life of the Bolivian. With the help of herbs, minerals and magic he can, among other things, heal the sick and make predictions.