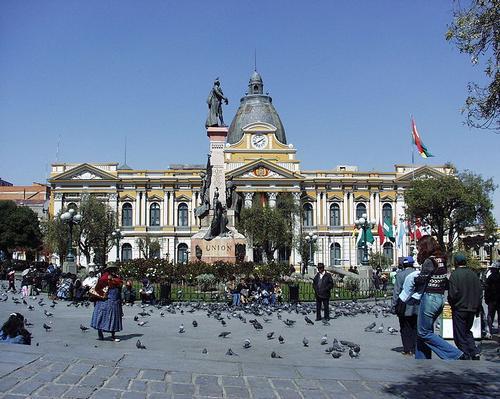 The first Bolivian constitution dates back to 1826, after the country had gained independence from Spain a year earlier. Although Sucre is the official capital of Bolivia, La Paz is the administrative capital and the government resides here.

Executive power in Bolivia's political system rests with the president, who, along with the vice president, is elected every five years by the people. He is not immediately eligible for re-election at the end of his term of office. The president appoints the council of ministers. The legislative branch (Congreso Nacional) is divided into two chambers: the Senate (Senado) and the Chamber of Deputies (Cámara de Deputados). The upper house or Senate consists of 27 senators, three from each department, who are each elected for five years. The lower house or the Chamber of Deputies consists of 130 members who are also elected for five years.

There is universal suffrage for men and women from the age of 18. Under the revised 1995 constitution, 50% of the members are elected from party lists while the other half represent a particular district. Bolivia is divided into the nine administrative departments of La Paz, Cochabamba, Potosí, Santa Cruz, Chuquisaca, Tarija, Oruro, Beni and Pando. Each department is subdivided into approx. 112 provinces whose administration controls the income and expenditure. The provinces are divided into about 1384 cantons and are governed by a prefect, a sub-prefect and a so-called “corregidor”. In the capitals of the departments and provinces, elected councils form the local government. In some areas, the Indian population is still organized in the traditional way in ayllu's (communities). Indians have only recently been represented in the national parliament. For the current political situation, see the history chapter. 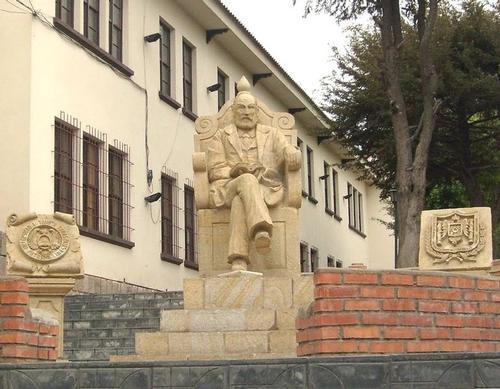 Primary education is free and compulsory for all children between six and fourteen years old. Recent census shows that there are about 2,300 kindergartens and about 13,000 primary schools. Almost 1.3 million children went to primary school and almost 220,000 to secondary education. Higher education was attended by approximately 140,000 students. There are universities in La Paz, Sucre, Cochabamba, Oruro, Potosí, Santa Cruz and Tarija. The oldest university in South America is the San Francisco Xavier in Sucre, founded in 1624. The University of San Andrés in La Paz is the largest in the country with more than 35,000 students.

Many highly educated people leave Bolivia after obtaining their diploma and go to work in Argentina or Chile, where much more is paid. English is taught in secondary schools as part of the curriculum. Fortunately, education is regarded by the government as essential to Bolivia's social and economic development. In the late 1980s, a third of the population over the age of 15 could not read or write. Ten years later, that percentage had dropped to 20%. In the early 1950s, only about 15% of the children went to school. Now about 90% of children go to primary school, but many still drop out along the way. In some villages, even some form of education is still lacking, and in rural areas in particular, children have to help out in agriculture at an early age and then leave school.