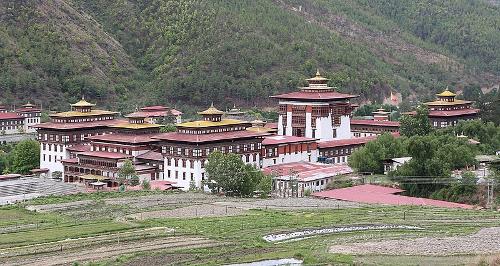 The king (Druk Gyalpo) of Bhutan is also the (hereditary) head of state, and has ruled the constitutional monarchy since July 18, 2008, before that Bhutan was an absolute monarchy. The king is the symbol of the unity between state and people of Bhutan. The king is furthermore the protector of all religions in Bhutan, appointed senior officials and is commander of the Bhutanese Armed Forces. The king can only be succeeded by a child from a valid marriage. According to the constitution, the king is obliged to resign at the age of 65 and is then succeeded by the crown prince or crown princess, provided he is at least 21 years old. If the successor is not yet 21 years old, a regent observes.

The party with the majority in parliament forms the government, the rest of the parties are in the opposition. The Prime Minister of Bhutan is always the leader of the ruling party in the lower house. The king, in consultation with the prime minister, nominates the candidates for a squad of ministers or 'Lhengye Zhungtshog', who are chosen from among the members of the lower house. After approval by parliament, the minsters can run their country for five years. In theory, a two-thirds majority of parliament can depose the king.

The twenty districts or 'dzongkhag' further consist of 205 'gewogs', a number of towns and cities, and 'thromdes', the third administrative layer in Bhutan. The districts are governed by a body called 'Dzongkhak Tshokdu'. The current political situation is described in the chapter history.