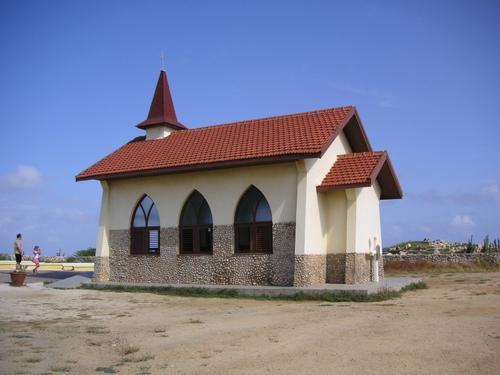 With the arrival of the Spanish, the Roman Catholic faith came to Aruba. The Indians were almost all Catholic in no time. The Indians who later settled on the island from the South American mainland had already come into contact with the Roman Catholic faith there. The Dutch who later came to the island were almost all Protestant. However, they hardly interfered with the local populations and missionary work was left to the missionaries. Currently about 80% of the population is Roman Catholic. The oil industry triggered extensive immigration and with it various religious groups including Jehovah's Witnesses, Methodists, Adventists and adherents of the Jewish faith.