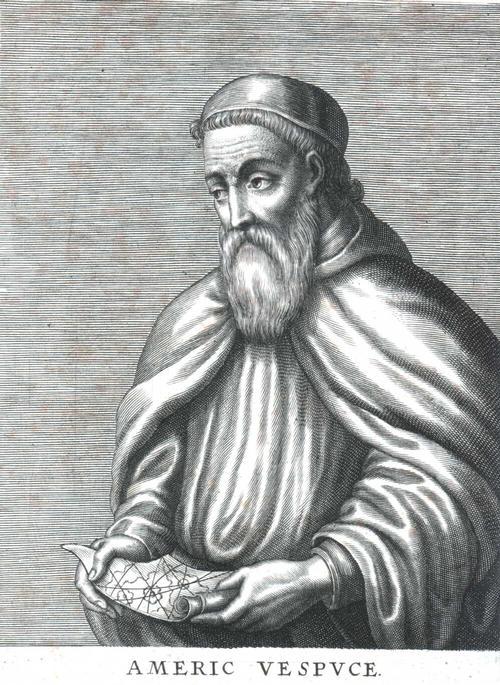 Little is known about the original inhabitants of Aruba. Excavations show that the island has been inhabited for hundreds of years before it was discovered by the Spanish, the so-called pre-Columbian era. The primeval population of Aruba consisted of Arowak, who came from mainland South America. Archaeological research has shown that the island was inhabited by Indians who had the same culture as the inhabitants of the South American continent. Further evidence for the assumption of Native Americans' South American origins is also found in the petroglyphs discovered in many places, especially at the entrance to the caves. In addition, the dead were buried in large pots like in the Amazon. In the fourteenth century, the Caribbean, themselves chased away by South American Indian tribes, conquered Aruba. At the time of the arrival of the Spaniards, the Indians still lived in the Stone Age, in small groups scattered across the island in simple mud huts. They lived on fishing and plant food. According to tradition, the Leeward Islands were discovered by the Spanish in 1499. Historians disagree whether they were discovered by Alonso de Ojeda or Amerigo Vespucci. Based on map drawings and writings, it is suspected that Ojeda has been to Curacao and Bonaire, but not to Aruba. Aruba was probably "discovered" a few years later during reconnaissance trips. The Spanish called the islands "Islas de los Gigantes" because the Native American population stood head and shoulders above them in height. In 1513, the Spanish took away the entire Indian population of Aruba to work as slaves in the copper mines of Santa Domingo. The island remained uninhabited, but gradually inhabitants from the mainland came to the island again to settle there. A little later the Spaniards came to live on the island and the Indians served as staff.

At that time the Dutch were an enterprising people and sailed all the seas of the world. They needed a lot of salt for herring fishing. They got this from Spain and Portugal, but the Eighty Years' War against Spain forced them to look for new salt pans, which they found in the Caribbean. As interests in South America grew, a foothold in the Caribbean was of great importance. In 1634 the Dutch conquered Curaçao and used the island as a base during the Eighty Years' War to attack the Spanish fleet. In 1636 the Dutch also took Bonaire and Aruba to prevent attacks from these islands. The Leeward Islands were developed into agricultural colonies by the West India Company. In Aruba they started breeding horses and especially goats. The number of goats on the island at one point became so great that Aruba was also called "goat island". The island was controlled by a commander with some white helpers. Furthermore, only Indians lived on the island. Due to the virtually absence of Negro slaves, the Indian character traits in Aruba have been more strongly preserved than in Curaçao and Bonaire. It was not until after 1770 that Negro slaves arrived on the island, but on a very limited scale. The many wars of the Dutch with the English also had consequences for Aruba. In 1806 Aruba fell into English hands and the occupation lasted until 1816. In 1816 the Netherlands got Aruba back from the English. Gold was found in 1824 and phosphate in 1859. A hundred years later, gold mining was stopped and phosphate mining was also stopped. 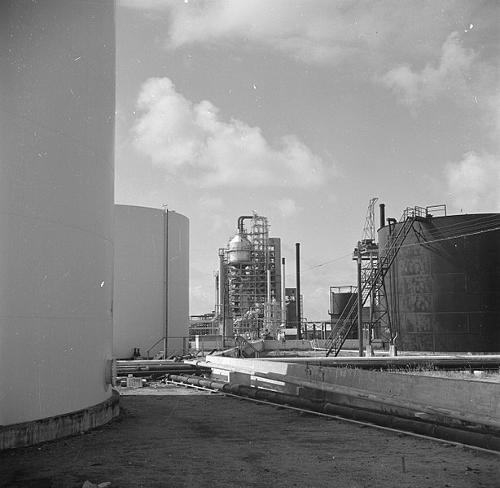 The most dramatic event in Aruba's modern history is the arrival of the Lago Oil and Transport Company. The arrival of this refinery brought about major changes for Aruba and its people. Because there were not enough workers on the island, workers came to Aruba mainly from other English-speaking Caribbean islands. Another consequence was that Aruba became interesting for other companies and commercial institutions. As a result of all this, the standard of living rose rapidly, which was an unprecedented luxury for a small island in the Caribbean. However, automation meant that the number of employees continued to decline. Of the 8,300 people who worked for Lago in 1949, only 1,350 were left in the early 1980s. Due to the very outdated refinery and the resulting increasing losses, the Lago refinery closed its gates in 1986. The arrival of the Lago oil refinery also had political consequences. In the early 1930s, the Kingdom government expressed its wish that Aruba wanted to separate itself from Curaçao and establish a direct relationship with the Netherlands. In 1948 a commission of inquiry was set up to study the relations between Aruba and Curaçao. In 1951 the Netherlands Antilles obtained a large degree of independence. In 1954 the Aruban Island Council tried to become a separate part of the Dutch Kingdom through a motion. In the course of the 1970s a separatist movement gained momentum in Aruba, aimed at disengagement from the administrative context of the Netherlands Antilles. 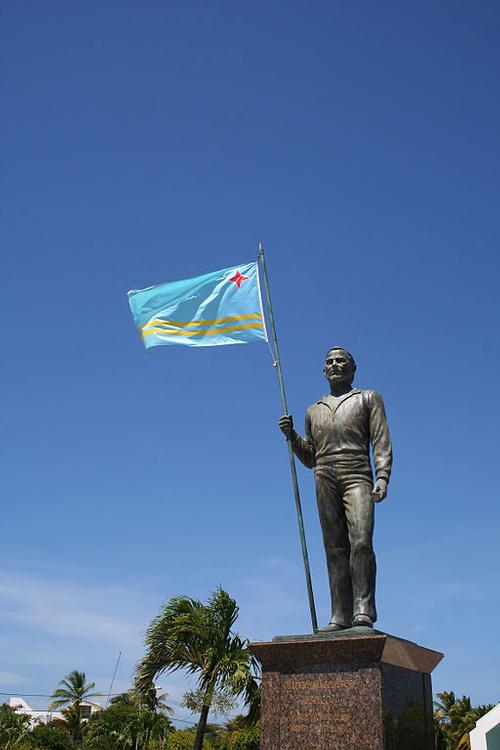 The leader of this movement for 'separashon' was Betico Croes. This endeavor was finally honored in 1983 with the granting of a separate status from January 1, 1986. The Status Aparte was to lead to independence from January 1, 1996. In May 1991, Aruba abandoned this and the pursuit of independence was shelved . In July 1994, the Aruban People's Party (AVP) won the parliamentary elections and Henny Eman became prime minister of a coalition government aiming for a thorough restructuring of public spending. In November 1996 relations with the Netherlands came under pressure after Dutch politicians criticized the inadequate law enforcement and the opaque relationship between government and business in Aruba. In the parliamentary elections on 23 September 2005, the incumbent MEP party again won the absolute majority with 11 of the 21 seats. Since June 2005, Aruba has been widely in the news worldwide because of the missing and possible kidnapping of the American tierner girl Natalee Holloway. The US government is angry with the Aruban authorities and the rights system because, according to the US government, they are not doing enough to track down Natalee. This has cooled the relationship between both countries.

The Netherlands Antilles no longer exist since October 10, 2010. Aruba was already an independent country, Curaçao and Sint Maarten became so from that date. Bonaire, Saba and St. Eustatius became special Dutch municipalities.

On September 27, 2013, Aruba elected a new parliament, in which the Christian Democratic Aruban People's Party (AVP) of Mike Eman obtained an absolute majority of 13 of the 21 seats. 52-year-old Eman, who led Aruba since 2009, has focused on improving the Aruban economy for the past four years and strengthened ties with the Netherlands. 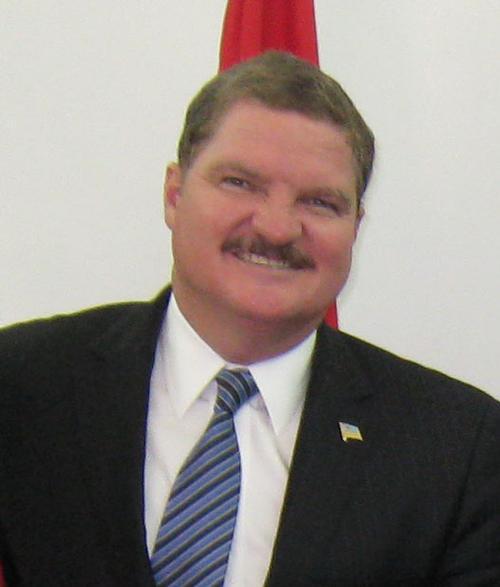 Between 12 and 21 November 2013, King Willem-Alexander and Queen Máxima visited the six islands in the Caribbean part of the Kingdom of the Netherlands. On November 20 and 21 it was the turn of Aruba. In 2015 and 2016, the Port of Amsterdam will support Aruba in particular with the expansion of the terminal port. In September 2017, Eman's party won the elections, but lost the absolute majority. Eman withdraws from politics. In November 2017, Evelyne Wever-Croes becomes Aruba's first female prime minister as head of a coalition government. In January 2018, Aruba, Bonaire and Curacao will face an export ban and a sea, air and land blockade of the islands by Venezuela. In 2020 there will be a dispute between Aruba and the Netherlands about the conditions for a Corona loan from the Netherlands to Aruba.

Where does the name Aruba come from?

Historians have not yet found out where the name Aruba comes from. The following theories are circulating:

-a combination of the Caribbean words "oro" and "oubao" or shell and island, which would mean Aruba Shell Island

-the Guarani Indians called the island "Oirubae" which means companion; the island would be the companion of the island of Curaçao

-from an inlet of the Venezuelan lake of Maracaibo called "Oruba"; the Indians who lived there belonged to the same tribe as the inhabitants of Aruba

-from word "uru" meaning canoe; Aruba would then mean Kano Island because the Indians could only reach the island by canoe.