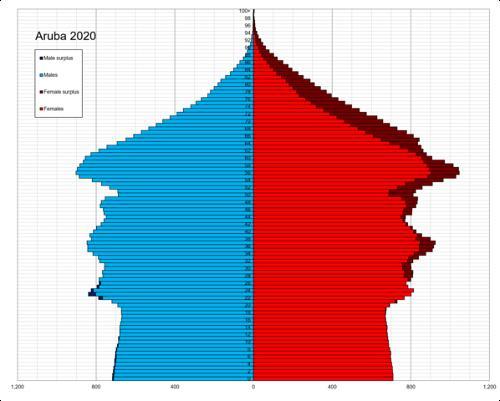 It is clear to most Arubans that they are descended from Indians. But Dutch and Spanish influences are also clearly present. The Native American traits do not come from the original Native American population, but from the Native Americans of Spanish Indian descent who later came from Venezuela and Colombia. As mentioned before, the black element is less represented in relation to the other islands. With the advent of the oil industry in the 1920s, people from all over the world moved to Aruba. As a result, more than 40 nationalities now live there. In the last 13 years, the population of Aruba has grown from 65,000 to just over 115,000. (2017) The majority of them are Aruban and the rest consists largely of Dutch people and the rest mainly French, English and Portuguese, from other Caribbean islands. Approx. 10,000 people are illegal. The main cause of the growth of illegal immigrants is the economic development of Aruba in recent years.