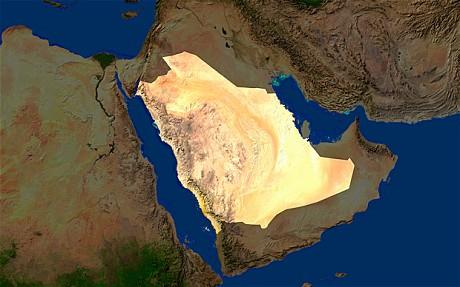 Saudi Arabia consists of a plateau that gradually slopes towards the east. The west of this plateau consists of mountains. The highest point is in the Jabal al-Abhã with an altitude of 3133 m. Further to the west, the mountains run into the coastal plain. Along the Red Sea it is very fertile. Inland, the north and south consist of a large sand and stone desert. South of the rocky central highlands, the Great Arabian Desert begins. Between its steep edges are fertile valleys.

The An-Nafûd Desert covers an area of about 60,000 km2, making it the largest in Saudi Arabia. The wadis, dry riverbeds, are characteristic of the inland landscape. 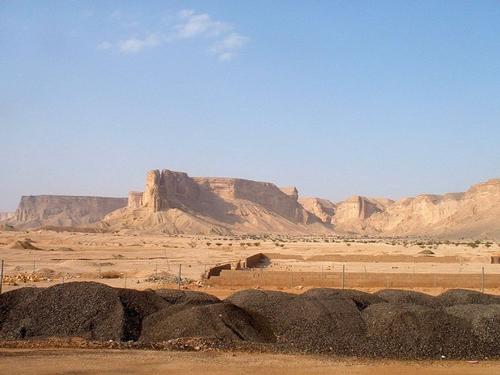 Most of Saudi Arabia has a desert climate. This means that in summer it is hot and dry in the interior and hot and humid in the coastal areas. In winter it is cooler and it can even snow in the mountains. December and January are the coldest months of the year. The temperature along the Red Sea coast then averages around 23°C. The inland areas have an average temperature of 13°C. The warmest months are July and August. The average temperature during these months is around 35°C. Saudi Arabia has little rainfall.

There are 370 plant species in Saudi Arabia. Many of them have managed to adapt to the drought. In the desert, almost nothing grows. There are only wadis and oases. In the highest parts of the mountainous country in the south-west, the vegetation is lush. Common vegetation in Saudi Arabia are accacia, conifer, date palm, juniper, tree of life, olive and tamarisk. The national tree of Saudi Arabia is the date palm.

The number of animals has been greatly reduced by excessive hunting by the Bedouins. The once common native gazelles, leopards and animals such as the Arabian onyx have declined in number. The south-western mountainous country has a national park where badgers, hyenas, wolves and foxes are protected. The camel is still widely found in the wild. The vulture and the hawk are among the larger bird species that live in Saudi Arabia.