Kuwait is situated in the Middle East. To the west and north of Kuwait lies Iraq, to the east lies the Persian Gulf and to the south Saudi Arabia. 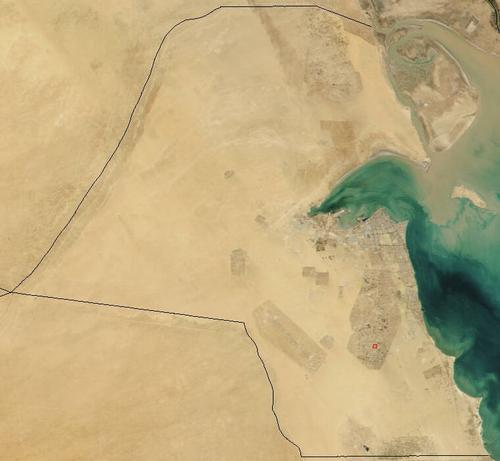 A number of islands off the coast also belong to Kuwait. The largest of these are Bubiyãn, Warhab and Faylakah. The area of Kuwait is 17,820 square kilometres.

Kuwait consists mainly of gravel desert and sandy plains, with only a few hills (up to 300 m high), some crescent dunes (barchans) and some oases. The desert gets higher from the northeast to the southwest. Along the coast are shallows and swamps. The islands in the north were created by silt deposits. Kuwait has no rivers or lakes. 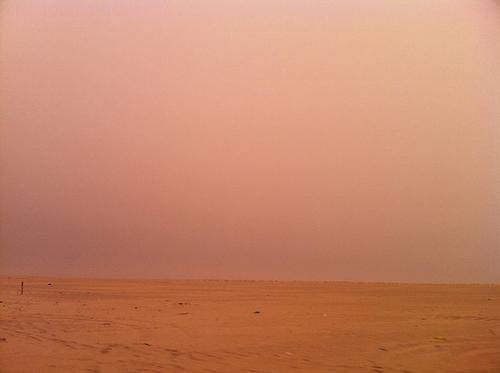 Sandstorm in the desert of KuwaitPhoto: Kuwaitsoccer CC BY-SA 3.0 no changes made

Kuwait has little flora. After a period of rain, cacti and some bushes grow in the desert. In a few oases, date palms grow. The salt marshes are characterised by the salt water plants that grow there. Common crops are cactus, date palm, grain, grass, melon and tomato.

The animal world is also limited due to the severe drought. Common animals are shrimp, goat, camel, crab, hare, chicken, sheep and falcon.