Temperature, precipitation and humidity vary widely in Kenya. There are four zones with more or less the same climate. 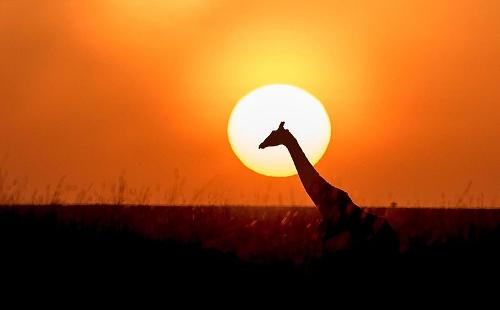 The undulating plateau in Western Kenya is generally very warm and with a decent level of humidity. Rain falls all year round. The most rain falls in April, maximum 200 mm; the least rain falls in January, about 40 mm. The minimum temperatures are between 14 and 18 °C and the maximum temperatures between 30 and 34 °C. To the west, at Lake Victoria, there is a tropical climate with average temperatures of 18 to 30 °C; heavy tropical rains fall here

The central highlands and the Rift Valley have the most pleasant temperatures, although large differences can be observed here too. In the lowest parts of the Rift Valley it is quite arid and on Mount Kenya there is eternal snow. 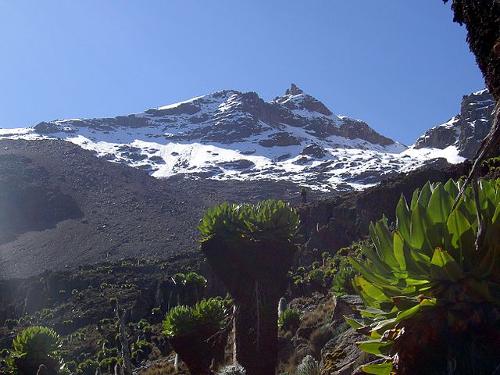 Rainfall varies from 20 mm in July to 200 mm in April, mainly in the periods March to May (long rains) and October to December (short rains). The Aberdare Mountains and Mount Kenya have the most rainfall, often over 3000 mm per year. The temperatures vary from a minimum of 10 to 14 °C to a maximum of 22 to 26 °C.

The vast semi-arid bushlands and the desert areas in the north and northeast are characterized by large temperature differences. During the day it is around 40 ° C while at night the temperature drops to values between 15 and 20 °C. It doesn't rain often and when it rains it often happens in downpours. July is the driest month here and November the wettest. The average rainfall is between 250 and 500 mm per year. 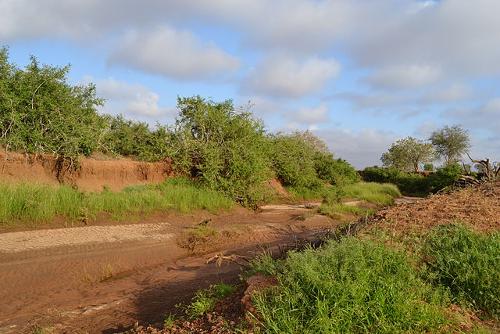 The coastal region is hot and humid all year round, although the temperature is tempered by the sea breeze. The rainfall varies from 20 mm in February to 300 mm in May. Every year there is between 1000 and 1250 mm. The average temperatures are approximately the same all year round, between 22 and 30° C.