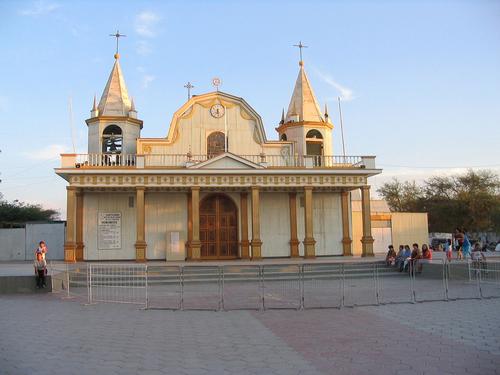 Approx. 80% of the population belongs to the Roman Catholic Church. Roman Catholicism was recognized as a state religion in the 1833 Constitution, but it was not until the 1925 constitutional amendment that the separation of church and state was formally established. However, the Roman Catholic Church still has a great influence on Chilean society (including education) and develops numerous social activities. It has gained much authority by providing shelter and assistance to the persecuted of the military regime and through the humanitarian work of the 'Vicariate of Solidarity', established in 1976. This received the United Nations Peace Prize in 1978. The great man behind this organization was the Archbishop of Santiago, Cardinal Raúl Silva Henriquez.

There are five archdioceses, sixteen dioceses, two prelatures and two apostolic vicariates. There has been a great shortage of priests for several decades; 50% of the male religious are therefore foreigners.

Due to the lack of mass immigration of people of other faiths to Chile, Chile is a much more traditional Catholic country than, for example, Uruguay and Argentina.

Yet the advance of other churches, especially evangelical sects, is also unstoppable in Chile.

Within Protestantism, the Methodists and the Lutheran churches are the most important groups. Six percent of the population belongs to a Protestant church.

The Pentecostal movement is on the rise, especially among the economically weaker groups. During the Pinochet dictatorship, numerous Protestant sects spread in Chile, including Jehovah's Witnesses, Presbyterians, Mormons, and Adventists.

Shamans, ancestor worship and traditional ceremonies still play an important role in the lives of the Mapuche Indians.

Arica - the church of San Marcos is a special design by Gustav Eiffel. The church is built in Gothic style and made almost entirely of iron. The preformed iron plates and pillars were shipped from France and assembled in Arica in 1876.

La Tirana - in the middle of the desert lies the famous religious village. In the village square is a gigantic church, the Iglesia de Nuestra Señora del carmen de La Tirana. Every year between 12 and 18 July, tens of thousands of people come to La Tirana to honor Chile's patron saint, Virgen del Carmen.

San Pedro de Atacama - The Colonial Church of San Pedro is one of the largest churches in the Great North. The church was built in 1641, but in its current form dates from 1745; the tower is from 1890.

Barraza (Little North) - the colonial church dates back to 1680 and is a national monument.

Chiloé - on this island there are about 150 chapels and churches, many of which are from colonial times. Nine of these churches have national monument status. Most churches are made of wood and have a colonnade and usually an octagonal bell tower. The very special brightly colored Iglesia San Francisco de Castro is from 1906.