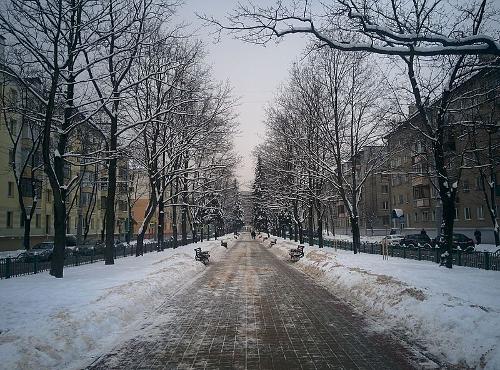 Minsk, capital city of Belarus in the snowPhoto: Viktar Palstsiuk CC 4.0 International no changes made

Belarus is on the transition from a continental climate to a maritime climate, with cold winters and humid summers. Average temperatures range from -4 to -8°C in January to 19°C in July. The hottest month is July, with temperatures up to 30°C.

From December to April, the land is covered with snow, but it can even freeze at night until June. Belarus' winters are occasionally tempered by warm westerly winds from the Baltic Sea. Eastern Belarus has long, harsh winters with at least 70 days below zero.

The wettest months are June and August, but the average rainfall is not excessive: between 550 and 700 mm per year. Most of the rain falls in the low hills in the north of the country.