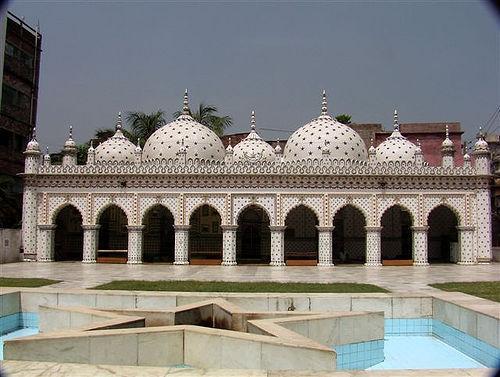 Bangladesh is predominantly a Sunni Islamic country (85%). Only countries like Indonesia, Pakistan and maybe India have a larger Muslim population. Although Islam was declared a state religion in 1988, the constitution guarantees freedom of religion.

The second religion is Hinduism (12%). There are also small numbers of Buddhists, Christians and Animists.

The Hindu minority continued to face severe persecution during the "Pakistani" period, and massacres by the Pakistani military during the war of freedom were no exception. Moreover, since the divorce in 1947 many Hindus have emigrated to India.

Since 1971, the relationship between the Muslims and the Hindus in Bangladesh has greatly improved. Only in 1992 was there a backlash when the Indian Babri Mosque was destroyed by fanatical Hindus. This caused a wave of violence against Bengali Hindus.

Buddhists are almost exclusively found in the tribes of the Chittagong Hill Tracts. The once flourishing Buddhist culture slowly disappeared under pressure from Hinduism, even before the advent of Islam.

Although there is a small group of Christians, mostly descendants of Portuguese traders, there is a large group of Christian organizations and many missionaries are active in Bangladesh. Since the prohibition of openly converting the Bengali people, these groups are really only concerned with helping and assisting the Christians in the community.