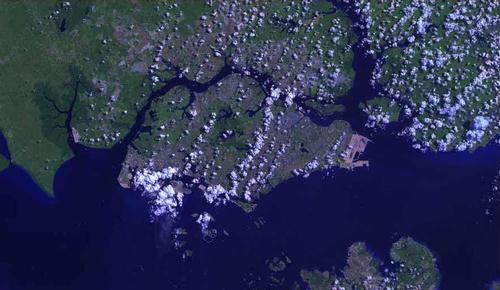 Most of the forests and open spaces are found in the central part of Singapore Island. The western part is an area of sedimentary rock with hills and valleys. The southeast is flat and sandy. The highest point in Singapore is Bukit Timah (163 meters). Half of Singapore Island is built up with houses, condominiums, skyscrapers and office buildings. 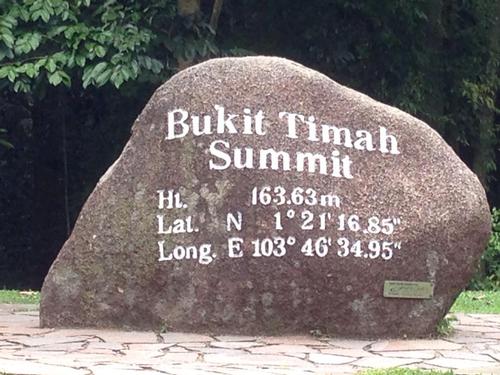 Large tracts of land are still created by building dams and draining marshes. Forty percent of the land consists of parks, plantations, military areas and water reservoirs. Four percent of Singapore is covered by forests.

Several rivers flow to the coast from inland. The Seletar is the longest at 15 km! The main river is the Singapore River around which the heart of the city is built.

Singapore is connected to the peninsular of Malaysia by two highways: in the north by the one-kilometer elevated causeway, and in the west by the second link.

Singapore
Ministry of Information and the Arts