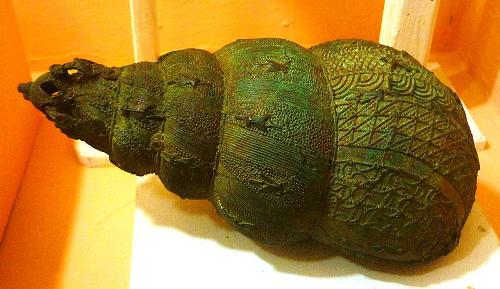 9th century bronze vessel in the shape of a snail shell found at Igbo-Ukwu NigeriaPhoto: Ochiwar CC 3.0 Unported no changes made

The main populations of Nigeria are the Hausa / Fulani (50% - in the north), the Yoruba (in the southwest) and the Igbo (in the southeast). Religiously, Nigeria is roughly divided into north and south: the Hausa / Fulani have been predominantly Muslim for about 1,000 years and are under an Emir in Kano. The Yoruba and Igbo were Christianized in the course of the nineteenth and twentieth century. About 10% of the population mainly adheres to traditional rites. The areas in the north belong geographically and culturally to the Sahel-Sudan zone. Those in the south - originally mainly tropical forest - are traditionally oriented towards the coast. 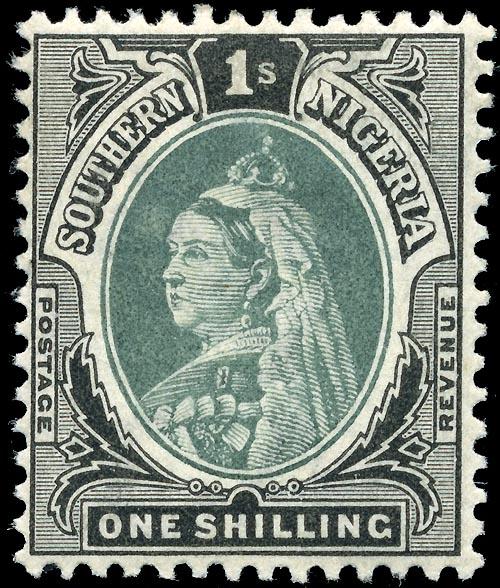 Due to the Bitse colonial administration, north and south, areas that differ greatly from each other, were merged into present-day Nigeria. Ethnic liberation movements emerged in response to British colonial rule. The Igbos united in the National Council of Nigeria and the Cameroons (NCNC) and the Youruba in the Action Group (AG). The emirs in the north, dependent on the British for their power, did not want independence. In order to assert their influence, the Hausa united in 1949 in the Northern People's Congress (NPC). This political division shaped the Nigeria Federation in the 1950s, which became formally independent in 1960. 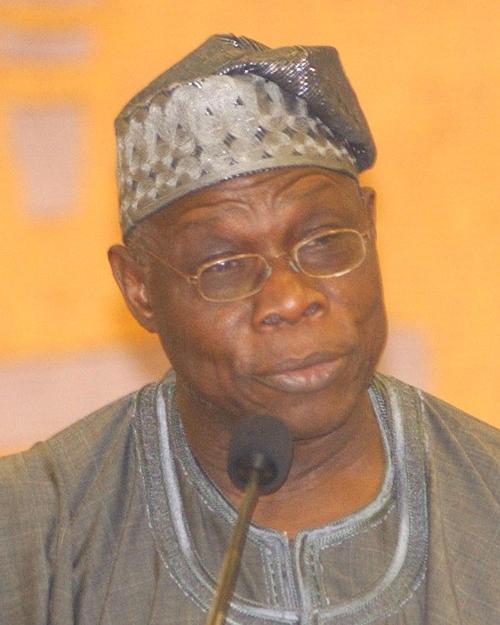 After state elections in Western Nigeria in 1965, a military coup led by mainly Igbo-signature officers in 1966 ended the Federation. When the coup plotters declared that they wanted to promote a viable state, over and above the favor of tribal societies, the Hausa tribes in particular felt threatened. Led by Lieutenant Colonel Yakubu Gowon, a counter coup followed on July 29, 1966. Igbos from all over Nigeria fled to the Southeast where rebel leader Chukwuemeka Ojukwu on May 26, 1967 proclaimed Eastern Nigeria a Republic of Biafra. The subsequent Biafra war lasted until January 1970 and resulted in the (starvation) death of 1 to 2 million people. With the exception of a brief interruption in the period 1979-1983, military power over Nigeria would remain until the 1993 elections.

In addition, the Yoruba businessman M.K.O Abiola emerged as the winner. Two weeks later, Babangida declared the election invalid. Power passed to General Sani Abacha, the former Defense Minister in November 1993. He immediately abolished all remaining democratic institutions and placed his generals in important positions. A period followed when human rights were no longer respected. Many opposition forces, including noted environmental activist Ken Saro-Wiwa, were executed.

In May 1999, Youruba Obasanjo won the presidential election. His election, with the support of many retired soldiers from Hausa / Fulani area, marked the de facto end of the Nigerian dictatorship. Obasanjo supported (in word) the creation of a truth commission, the Oputa Panel, which took on the task of investigating the widespread human rights violations committed during Nigeria's 16 years of dictatorship, in particular during the reign from General Abache. Freedom of the press was restored and political prisoners were released. 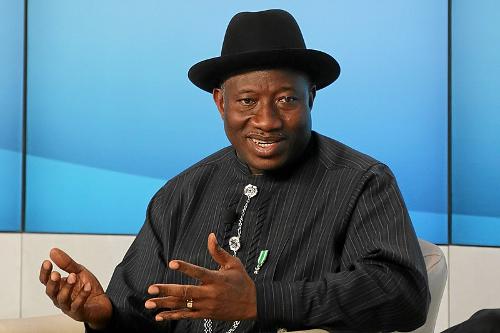 In April 2003, both presidential and local elections took place. Obasanjo and his People's Democratic Party (PDP) both won elections by a large majority.

As of 2006, militants have been attacking pipelines and other oil industry facilities. In April 2007, Umaru Yar'Adua won the presidential election of the ruling PDP. In March 2009, the opposition parties form a front to face the PDP in the 2011 elections. In July 2009, hundreds of people are killed in the fight by the Boko Haram Islamists to get Sharia law in place. The army is killing the leader of the movement. Nigerian President Umaru Yar'Adua passed away in May 2010. 58-year-old Yar'Adua had heart and kidney problems and was previously nursed in a hospital in Saudi Arabia for three months. In February he returned to Nigeria. Yar'Adua died in a hospital in the capital Abuja. He was elected head of state in 2007.

Yar'Adua's duties had long been assumed by Goodluck Jonathan, the country's interim president. In March, Jonathan unexpectedly replaced his team of ministers. According to observers, Jonathan wanted to assert his power after Yar'Adua's return to the land. Yar'Adua did not appear in public after returning to Nigeria. There were frequent tensions between supporters of the president and Jonathan.

According to the constitution, Jonathan was now sworn in as president. He must appoint a new vice president himself. New presidential elections were held in April 2011, Goodluck Jonathan is the winner. After his election, the president faces attacks by the Islamic group Boko Haram, and at the end of 2011 he announces a state of emergency. In 2012 and 2013, the fight against Boko Haram continues unabated. In November 2013 a number of governors leave the ruling party, which weakens the position of Goodluck Jonathan. In April 2014 Boko Haram kidnaps 200 schoolgirls, Nigeria gains support in the search of the international community. In March 2015, opposition candidate Buhari wins the presidential election. In 2016 and 2017, the disturbances with Boko Haram continued. In May 2017, 80 of the kidnapped schoolgirls were released during a prisoner exchange with Boko Haram.

In February 2019 presidential elections are held after last-minute delay of a week, Buhari stays in power. The fight against Boko Haram remains a big issue in 20220 and 2021.