Nigeria is located in West Africa and borders the Gulf of Guinea on the seafront. Nigeria also borders Niger, Benin, Chad and Cameroon. The area of Nigeria is 923,768 square kilometers.

Nigeria is named after the Niger River. With a length of 4200 kilometers, this river is the longest river in Africa after the Nile and the Zaire.

The coastal region of Nigeria consists of lagoons and wide estuaries. Here is a relatively fertile area, formed by the entrained silt of the Niger. The northern part of Nigeria is formed by high plains. Here is the so-called Jos plateau with an average height of 1200 meters. The Share Hill is the highest point, 1752 meters, of the Jos plateau. The landscape becomes higher towards the border with neighboring Cameroon. Here lies the Shebshi Mountains and the highest point in Nigeria namely the Dimlang which is 2042 meters high. 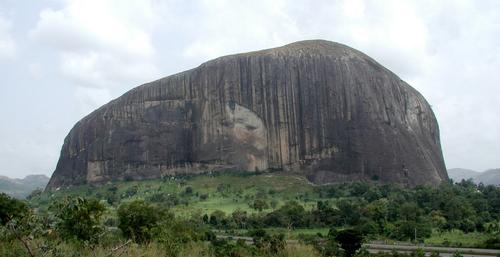 Zuma Rock near Suleja, Central NigeriaPhoto: Jeff Attaway CC BY 2.0 no changes made 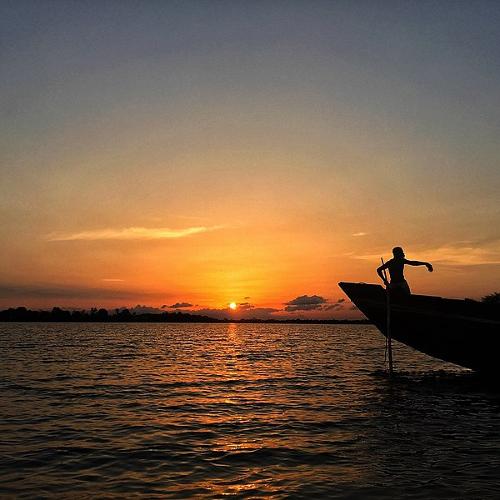 Nigeria is a tropical country, although there are climate differences due to the size of the country and the differences in altitude. There is less rainfall in the north than in the south. There is a long dry period here with an average temperature of 26 °C. There is an average of 900 mm of precipitation per year. In the south there are two periods of rain. The coastal region of Nigeria has a tropical rainforest climate with an average temperature of 27 °C and an average rainfall of 4000 mm of rain per year. 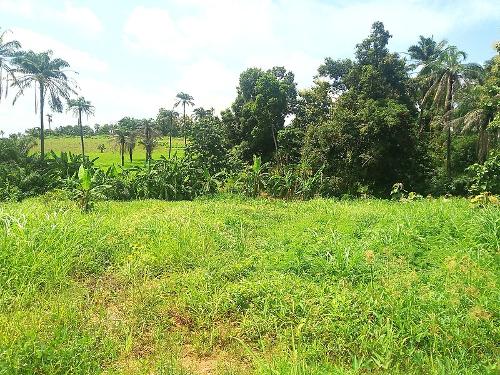 Nigeria has partly tropical rainforest and partly dry savannas. However, the rainforests are in severe decline. The export of tropical hardwood is now also prohibited. There are desert steppes in the northeast of Nigeria. Shrubs and various trees, such as the baobab (monkey bread tree), grow centrally in Nigeria. Mangrove forests and swamps grow along the coast. Nigeria has two wildlife parks and eight protected areas. 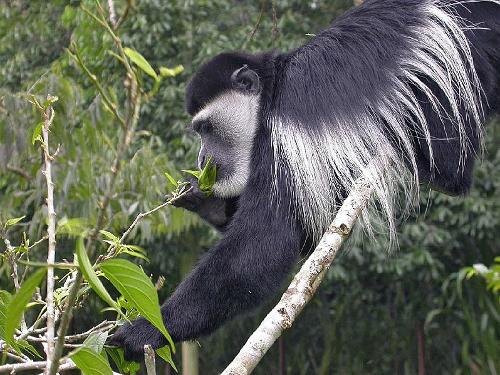 In Nigeria there are different kinds of animals, such as the elephant, hippo, giraffe, antelope, buffalo and lion. The endangered lives in the southeast, this animal is very rare. New animal species are still being discovered in the rainforest. A few years ago, the giant boar and the colobus monkey were discovered. The total number of mammal species is estimated at 250.

In Nigeria one can also find many bird species such as storks, ostriches and marabou.