Honduras is located in Central America. To the north-west, Honduras borders the Caribbean Sea. To the west lie Guatemala, El Salvador and the Pacific Ocean. In the south lies Nicaragua. The surface area of Honduras is more than 112,000 square kilometres. 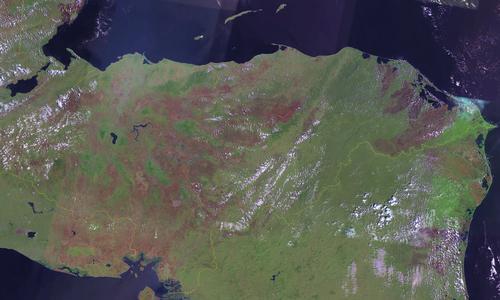 The most striking aspect of the Honduran landscape is its mountains and mountain ranges, which cover three-quarters of the country's surface. The mountains and hills range in height from 300 to almost 2900 metres, with the highest peak being Cerro las Minas or Pico Celaque (2870 m). The Cerro las Minas lies I the Parque National Montaña de Celaque. Half of the country lies at an altitude of over six hundred metres. 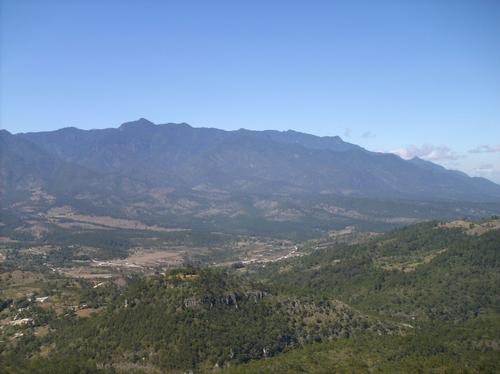 Plains are only found along the coast and in the valleys of the rivers. The two most important rivers in Honduras are the Ulúa and the Coco. Lake Yojua is the largest in the country.

Honduras has a (sub)tropical climate in the lowlands and a more temperate climate in the mountains. The hottest and coldest temperatures are no more than fifteen degrees apart and it rains often. In the most humid areas, up to seven metres of rain fall every year! On average, it is two to three metres. Because of the mountain ranges and trade winds, Honduras has different rain zones. On the Caribbean coast, it actually rains all year round. The wettest months are September to February. In general, the average temperature is around 25 degrees and it is cooler inland than on the coast.

No less than 37 percent of the country is forested. In the tropical rainforests (especially in the northeast of the country), you can find hundreds of different tree species, including laurel, pepper trees, bamboo, mahogany, palm trees, maples, oaks and pines.

There is also an enormous variety of birds such as parrots, kingfishers and toucans.

Around the Bahía Islands in the Caribbean Sea, various tropical fish populate the underwater world. There are lobsters, barracudas, trumpet fish and squid, among others.