The Comoros is an archipelago in the Indian Ocean, between Africa's east coast and northern Madagascar. The Comoros therefore does not border on any other country. The surface area of the Comoros is 2,170 square kilometres. 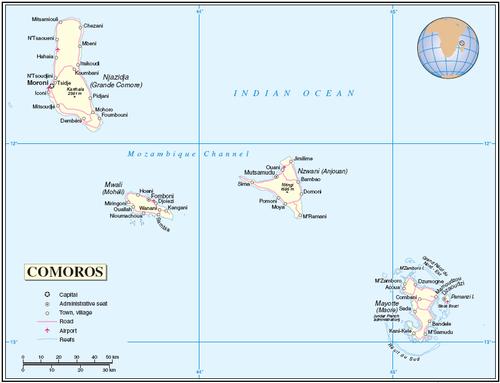 There are three islands: Ngazidja (also called Grande Comore), Nzwani (Anjouan) and Mwali (Mohéli). The capital Moroni is located on Ngazidja. A fourth island, Mayotte (Mahore), chose to remain French in 1975 when the other islands became independent. 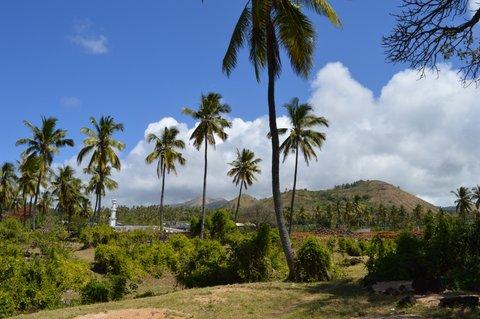 All the islands are mountainous due to their volcanic origin. Ngazidja, with 1147 km2 , is the largest of the three. The Karthala Volcano (2361 m) in the south of Ngazidja is the highest peak in the Comoros. With its huge crater, over a kilometre in diameter, it is the largest active volcano in the world. Around Mohéli and Mayotte there are coral reefs, around Mayotte even a unique double reef. Anjouan has scattered reefs, Grande Comore none; the seabed around Grande Comore slopes steeply. Around the islands, the sea is 3000 metres deep. 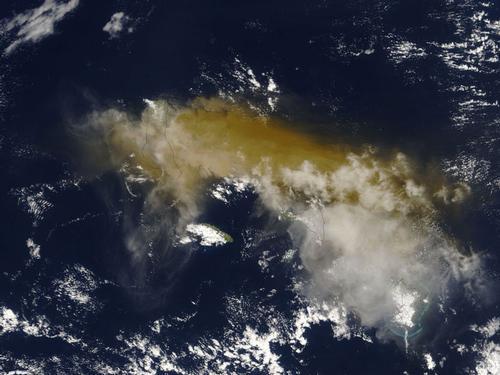 Comoros has a tropical maritime climate. The rainy season runs from November to March. It is then very humid and warm. Heavy tropical showers are sometimes accompanied by cyclones. January is the wettest month, March the hottest. In the period April to October, there is little rain. The most pleasant climate is from June to October. It usually doesn't get warmer than 30 degrees Celsius then. 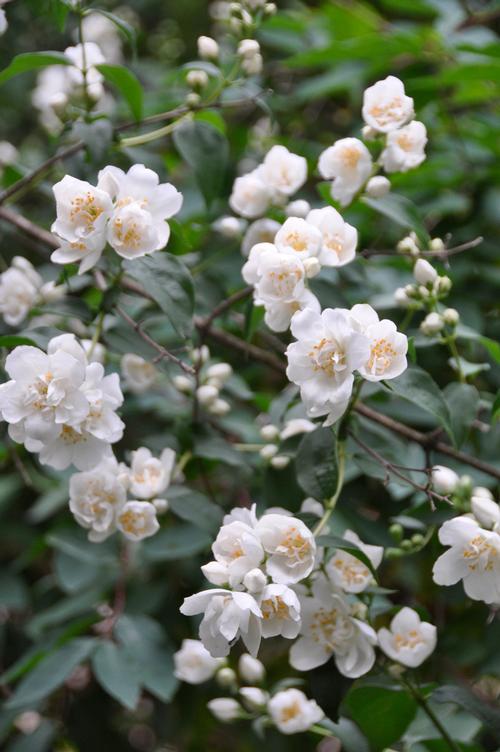 The soil on the volcanic rocks of Ngazidja is thin but there is still dense rainforest, especially on the slopes of the Karthala. And Mwali lie on fertile soils where sugarcane, jasmine, ylang-ylang, vanilla, cloves and a wide variety of flowers and fruits grow. The flowers of the ylang-ylang form the basis of perfume. The most common tree is the palm tree. 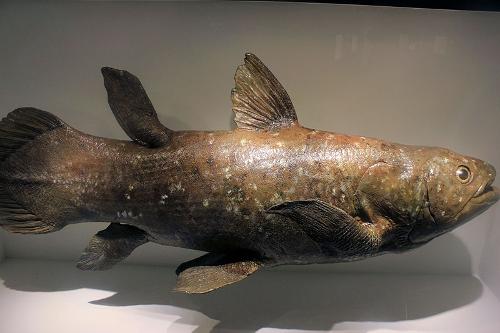 Underwater life is extremely varied and the coral reefs are among the most beautiful in the world. In 1952, the famous coelacanth, a prehistoric fish that was known to have died out millions of years ago, was found off the coast of the Comoros. The rare dugong, a kind of sea cow, is also found in the waters around the Comoros. In addition to many species of tropical fish, there are rays, turtles, sharks and dolphins.

On land, civet cats, lemurs, lizards, chameleons, land crabs, bats and spiders are found, among others. The Livingstone flying dog is found only here. Some species of birds are also unique to the Comoros.