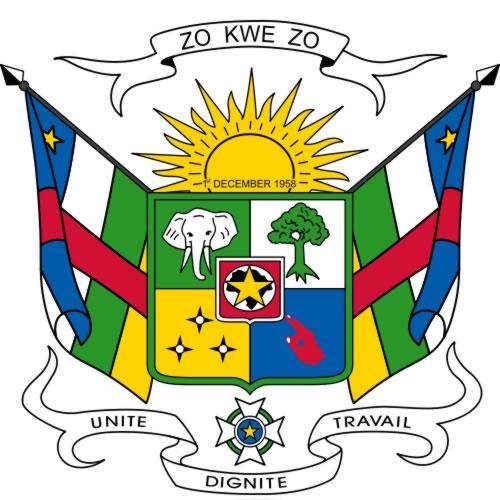 A new constitution was adopted in 2004. The parliament consists of the National Assembly, with 109 members, elected for five years. The president is elected for a period of 5 years and can stand for re-election for a maximum of a second term. In December 2005, parliament passed a law allowing the president to rule by decree for nine months. 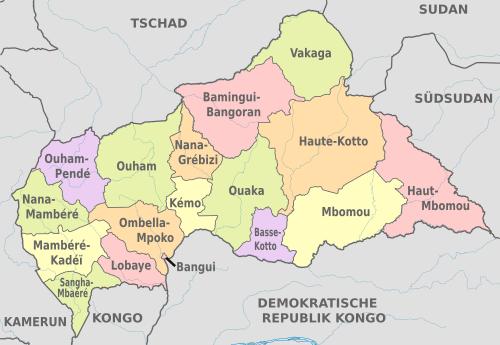 After taking power, Bozizé suspended the constitution, dissolved parliament and declared himself head of state. In December 2004 a new constitution was adopted by referendum. Presidential and parliamentary elections took place in March and May 2005, which were won by Bozizé. After these elections, Bozizé's Convergence Kwa Na Kwa will hold 42 seats out of 105, making it the main party in the coalition government of Prime Minister Elie Doté from the North. 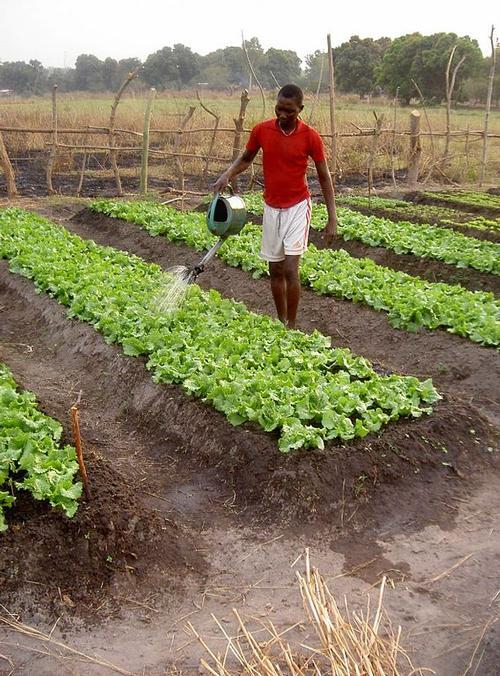 Due to the specific circumstances of the CAR (no access to the open sea, inadequate physical infrastructure and a small population) the country has little development potential. The economy is mainly based on the agricultural sector (43% of GDP), in which more than 70% of the population finds its right to exist. (2017) Agriculture in the north, in particular, has suffered greatly from banditry. Agriculture takes place on small-scale businesses; there are hardly any large plantations. The domestic market is too small and poor to support large-scale activities in the industrial and services sector.

Wood and diamonds are by far the most important export products. However, these exports involve high transport costs. In addition, the Central African Republic has been expelled from the Kimberley process because it has not complied with the agreements. The Kimberley Process involves the certification of diamonds so that greater transparency prevents smuggling and trade in "blood diamonds". Although the presence of oil along the border with Chad is suspected, the Central African Republic has no oil production of its own and as a result has to import it. 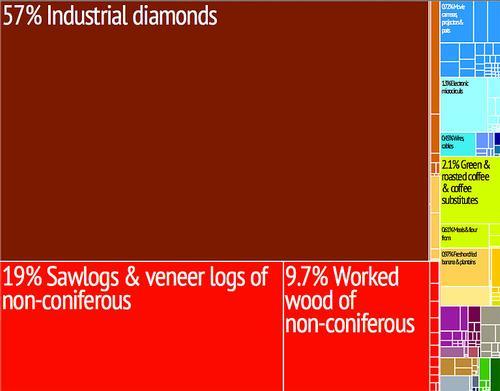 A devaluation of 50% of the CFA franc caused a short-lived economic recovery in 1994. After that, however, the economic situation deteriorated significantly. After the Bozizé coup d'état in 2003, the republic even experienced negative growth of –7.7%. Growth in 2005 is estimated at 2%. Depending on the stabilization of the country, the IMF expects the economy to have an annual growth rate of 3.5 to 4% in the medium term. The recovery of the economy is hampered by political instability, poor (transport) infrastructure and insecurity in large parts of the country.

Relations with the Bretton Woods institutions have always been difficult. The Central African Republic has a long history of failing to comply with IMF requirements. The IMF has expressed concern about the excessively high level of government spending and the high external debt. Because reforms are slow and there is uncertainty about the new political and economic direction, qualification for the "Highly Indebted Poor Countries" (HIPC) initiative does not appear to be feasible within a short period of time.

Following the May 2005 elections, considered relatively fair, the EU has resumed its partly suspended program since the coup. In January 2006, the IMF approved an emergency post-conflict assistance loan (EPCA) of $ 10.2 million. With a successful implementation of this program, the CAR could qualify for a Poverty Reduction and Growth Facility (PRGF) from 2007. The civil war has made the economy exceptionally bad. The economy grew by 4% in 2017.